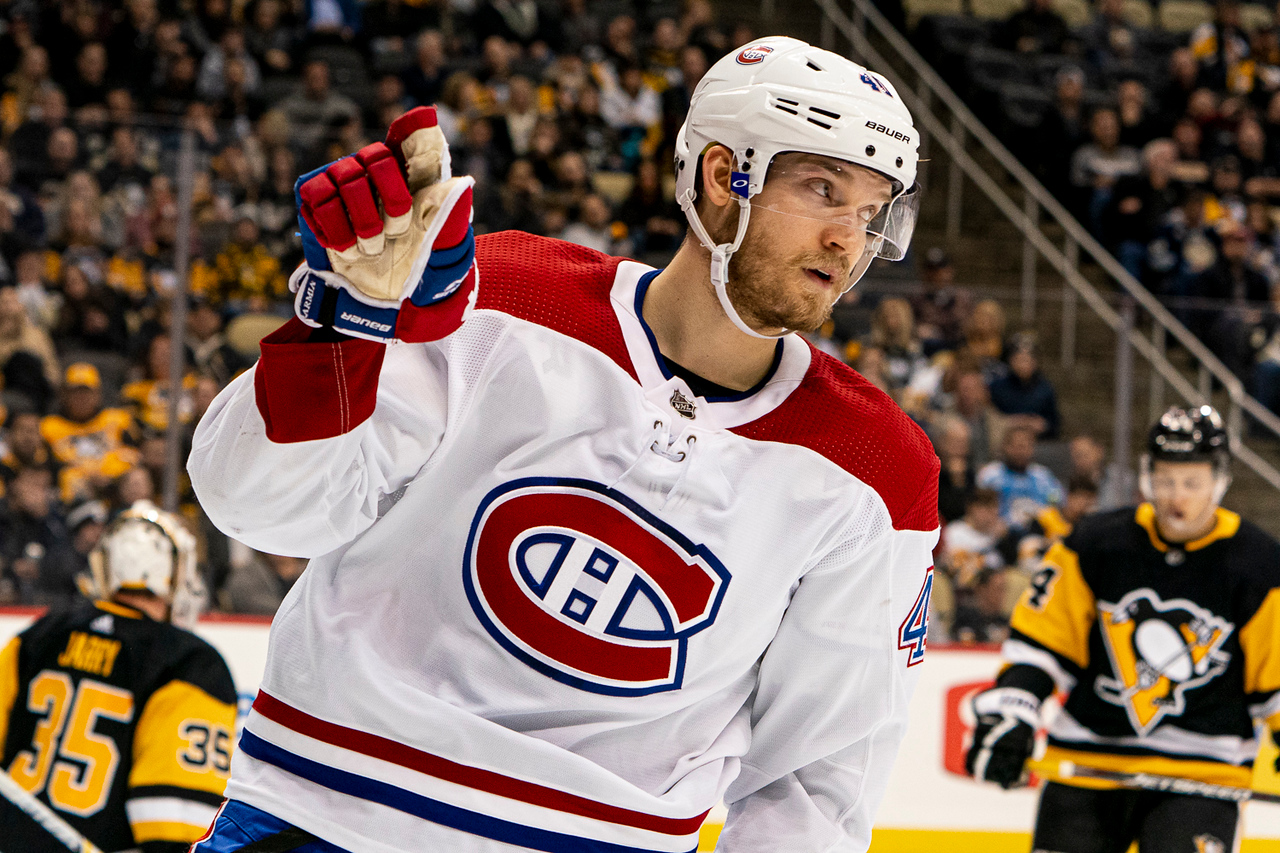 Few, if any, people would have believed in early March that NHL games would be played in the middle of this summer.

Which is about the same number of Montreal fans who thought there was even a sliver of hope that Nos Glorieux would have anything other than a Breakup Day to deal with a few days after the regular season concluded on April 4.

But the coronavirus pandemic scuttled the NHL's 2019-20 schedule and shredded its plans, so Canadiens players and management find themselves someplace they never could have anticipated: In a postseason series.

Certainly, general manager Marc Bergevin wasn't expecting that, or he presumably wouldn't have dealt away contributors such Ilya Kovachuk, Marco Scandella and Nate Thompson as the trade deadline approached in exchange for assets he hopes will aid in rebuilding the Canadiens.

Nonetheless, Montreal will face the Penguins in a best-of-five qualifying round that, pandemic permitting, should begin in about a month.

Three Montreal hockey journalists, granted anonymity in return for candor, responded to a series of questions about the Canadiens' prospects for success in the series.

Here is the first set of those questions, followed by some of the most insightful observations offered by those journalists:

What, besides a great series from Carey Price, will Montreal have to do or get to win the series?

"They will need Jonathan Drouin at 100 percent. Drouin was 7-8-15 in 18 games, and playing as good 200-ft hockey as we've seen him play, when the Canadiens played the Capitals in Washington on November 15. He got injured that night, missed close to three months, and wasn't the same player when he came back, with an ankle injury on top of the wrist injury that made him miss 37 games."

"This is a team that doesn't have a lot of firepower and that means they're going to have to rely on playing really well defensively."

"Can the team that went 0-for-4 vs. Detroit beat the Pens? Best-of-five, why not? And yes, if Carey Price plays like (Jaroslav) Halak in 2010, it could happen. But check out stories about a conference call Price had last week, where he openly expressed safety concerns. Does that sound like a guy with his head fully in the game? It didn't to me, although it made him sound intelligent. I believe he and (wife) Angela are expecting again."

Do the Canadiens have a guy who flies under the radar, but could have a significant impact in a playoff series?

"Joel Armia was impressive until getting hurt just before Christmas, with 12 goals and 9 assists in 35 games. He's a big body on a team that relies mostly on smaller forwards, and his size could come in handy in the playoffs."

"(Jesperi) Kotkaniemi, back from the minors and an injury, could be a wild-card factor. So could Max Domi, playing wing instead of his preferred center, and Jonathan Drouin, who had a good start to the season, hurt his wrist in November, and wasn't whole after he came back. He had those big playoffs for (Tampa Bay) in 2015. I wouldn't sleep on him."

"They're hoping they get this Russian kid they drafted last year (defenseman Alexander Romanov). There's still a question about whether he's going to be eligible. It's something that's being negotiated. The Players' Association wants him to play, the NHL is not so keen on the idea. He played in the (Kontinental Hockey League), and apparently he's really good. Who knows? We'll see."

Who do you expect Montreal to deploy against the Sidney Crosby and Evgeni Malkin lines? Will Claude Julien be more interested in getting a specific defense pairing, a particular line or both against them?

"I except the (Ben) Chiarot-(Shea) Weber pairing, as well as the line of Tomas Tatar-Phillip Danault-Brendan Gallagher, to be up against the Malkin line. That's what Julien did in the first two games of the season series between the two teams, and Montreal got three points out of four in those games, even though Malkin's possession metrics were pretty good. (Brett) Kulak-(Jeff) Petry had good numbers against Crosby in Sid's only game against Montreal, so I think they'll face him. At forward, it gets trickier, but I could see Nick Suzuki centering a line with two of (Paul) Byron, Armia or (Artturi) Lehkonen. Tough draw for the rookie, but he's smart and responsible."

"The Penguins have two (top) offensive lines, so they're going to need two defensive centers. They have one of the best in the league in Danault, but Domi is just not there defensively. The Danault line, if you look at the numbers, they've done a really good job against every top line in the league. (Danault), in the classic Bob Gainey-Guy Carbonneau sense, is a Selke Trophy winner. He doesn't have the offensive numbers some people are looking for, but if you're looking for a pure defensive forward, he's it."