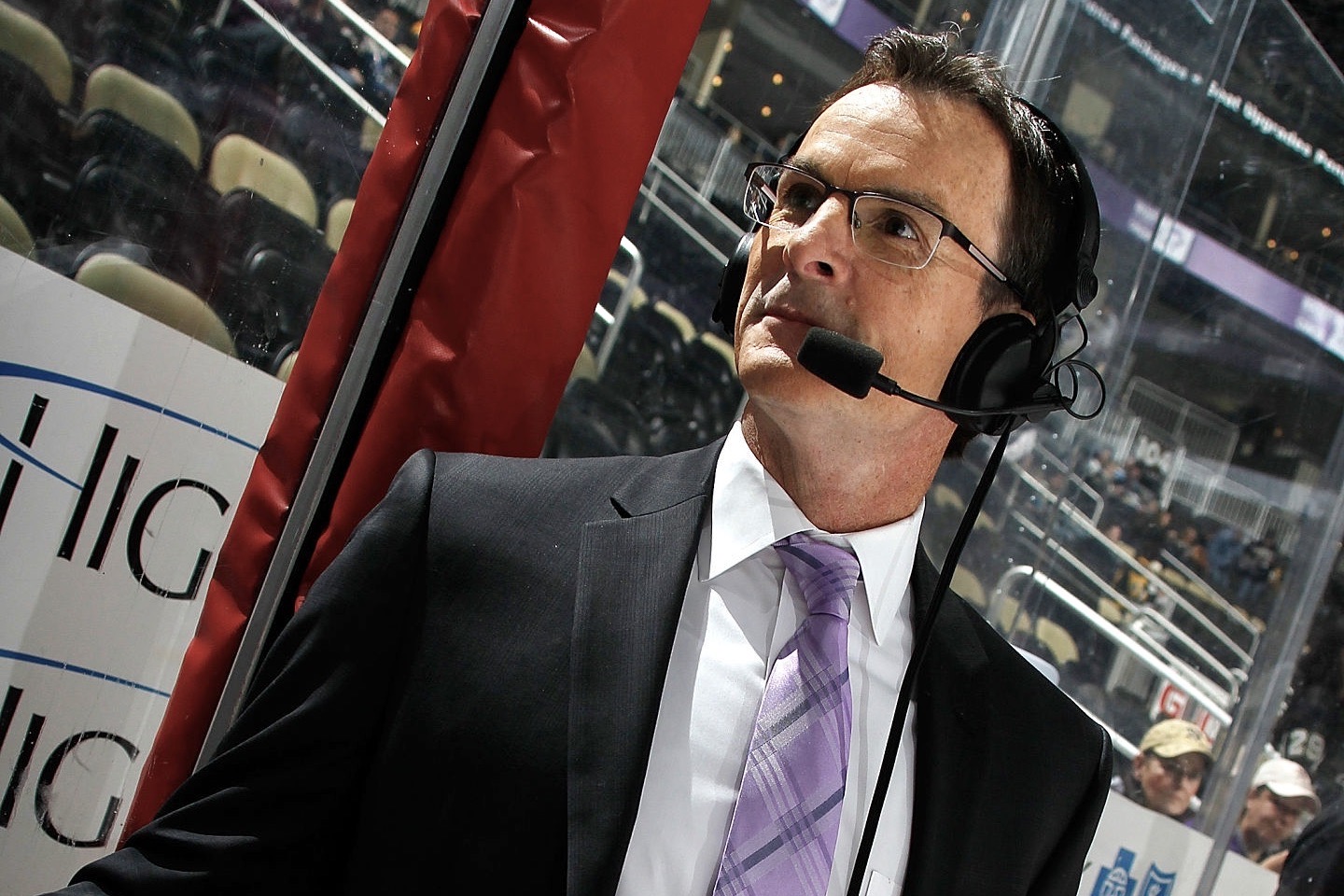 Mike Lange has been doing play-by-play of hockey games for about a half-century now.

He's done it well enough to have earned the Foster Hewitt Award from the Hockey Hall of Fame, and long enough to get a pretty good feel for what goes into a successful broadcast.

It's no surprise, then, that a suggestion he made to broadcast partner Phil Bourque when Bourque was beginning his run as radio analyst for Penguins games has proven to be particularly useful.

"He said, 'Bourquey, don't ever forget that there are a lot of people who tune us in who are blind, who are shut-ins. Blind people are in front of the radio, and they're expecting you to paint a picture so they feel like they're there,' " Bourque said. "I've always taken that advice, and tried to do that."

That will be Bourque's objective if, as currently planned, play in the NHL resumes this summer.

It might, however, be more difficult to pull off than at any previous point in his career. Not because the league has been shut down since March 12 due to the coronavirus pandemic, but because Bourque and Lange -- as well as the AT&T SportsNet tandem of Steve Mears and Bob Errey -- will be talking about games they are not watching.

Because the NHL wants to limit the number of people in the arenas where games will be contested, broadcast crews will not be on-site. Mears and Errey are scheduled to work out of their company headquarters on the North Shore, while there are several possibilities for where Lange and Bourque will be based.

As challenging as calling the games off a monitor might be for Lange and Mears, the latter of whom actually has done it on world junior championship telecasts, it figures to be even tougher for Errey and Bourque, who will not have the full-ice view of games that allows them to describe events out of the viewers' range of vision.

"Let's say two guys are pushing and shoving in front of the goal," Bourque said. "All of a sudden, the puck's going the other way. Of course, Mikey is calling that rush, while I'm able to watch all the shenanigans going on behind the (play). Maybe the referee has come in and he's talking to the two guys. That's the fun stuff I get to talk about once there's a break or a pause.

"The other part is, a lot of great plays start from something that happens away from the puck. That's the stuff I like to watch. Maybe there's a battle on the far side of the ice and a guy toes-picks or something like that as he's back-checking, and all of a sudden a guy is in on a clear-cut breakaway.

"Well, if you're just watching on a monitor and you don't get that replay, you're not going to see that huge mistake by that back-checker. You're going to wonder, 'Why was that guy in all by himself?' And (the analyst is) not going to be able to explain that."

Errey actually has been part of a team that did world championships games from a studio for TSN, a Canadian network, but that doesn't mean it will make his task any easier.

"You can't get any perspective, sometimes," he said. "If I see (Sidney Crosby) take a shot at somebody after the whistle, I know why he did it because I saw something that happened behind the play. Things like that. As the color analyst, I don't necessarily watch the puck all the time. I know (Mears) is, but I'm not. I'm looking at other things that are going on.

"I'm looking at the (origins of the) next play, or the reactions to things. I'm looking ahead, almost as a player (would). Where's that opening, or what's going on behind the play after a big hit, or something like that? How are people reacting? Stuff like that. Or a goalie gets run into. I get a chance to just sit there and watch Matt Murray, to see if he's OK.

"I don't have to follow the puck. I'm not going to be able to do that on a monitor. There's no chance. I want to look where I want to look, not where one camera is looking. If there's one camera, I can't see anything else. That's the problem."

Errey said he hopes to have access to a second video feed, and expects to rely on the telecast's technical crew to fill him in on things that happen away from the puck but are captured in a shot other than the one presented to viewers in real time.

But the most important tool he and Bourque might have are their experiences as players and the instincts they have for the game.

For all the hurdles and potential headaches facing them, Bourque and Errey both seem genuinely excited about the possibility of being back at work in a month or so.

"At the end of the day, I'll just be happy doing games," Bourque said. "You could seriously put me in the men's room with a three-inch black-and-white from the 1980s, and I'd be happy if I could just watch the game and describe it to people on the radio."