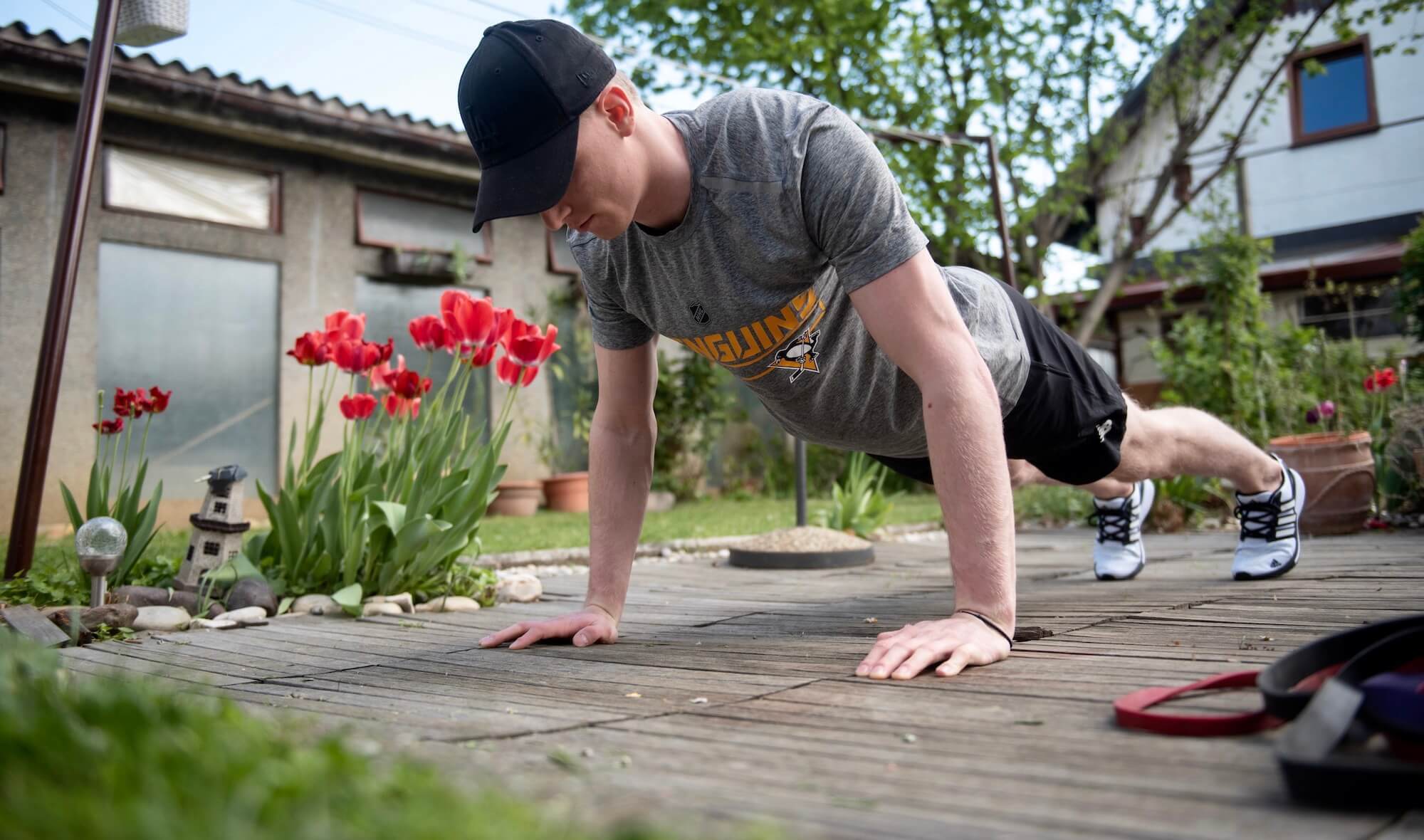 [theme-my-login show_title=0]
Jan Drozg trains at his home in Slovenia during the shutdown. -- Milos Vujinovic via Getty
Share
Tweet
Email

The closest rink with ice is a two-hour drive away in the town of Bled.

With the rinks shut down due to coronavirus in the spring, and the long commute now that a rink is open, ice time is hard to come by for Drozg over the summer.

"Usually in the morning you'll be in the gym," Drozg told me of his offseason workouts. "Then you would have to drive two hours to do practice on the ice for an hour, then two hours drive back. Then the next morning you're back in the gym. To do that everyday, the same, it's hard. You'd run out of gas pretty quickly."

Last week was the first time Drozg stepped on the ice since the AHL season shut down in March, and he doesn't anticipate being on the ice again for a few more weeks.

"It was different," Drozg said of his first time back on the ice. "Especially the puck control, that was kind of tough. There wasn't a lot of stickhandling the first practice, just skating. I need more practices to get back to feeling how I was before on the ice."

While the parent Penguins are arriving from across the globe to Cranberry, Drozg, a 21-year-old right winger who was the their fifth-round pick in the 2017 NHL Draft, is instead taking advantage of this time far, far away to focus on his strength, and working on adding more muscle to his 6-foot-2, 175-pound frame.

"In the summer I think it's more important to be in the gym and work hard and get stronger and faster," Drozg said. "Every offseason that's important for me. I work a lot on that side. I want to come to Pittsburgh really prepared." 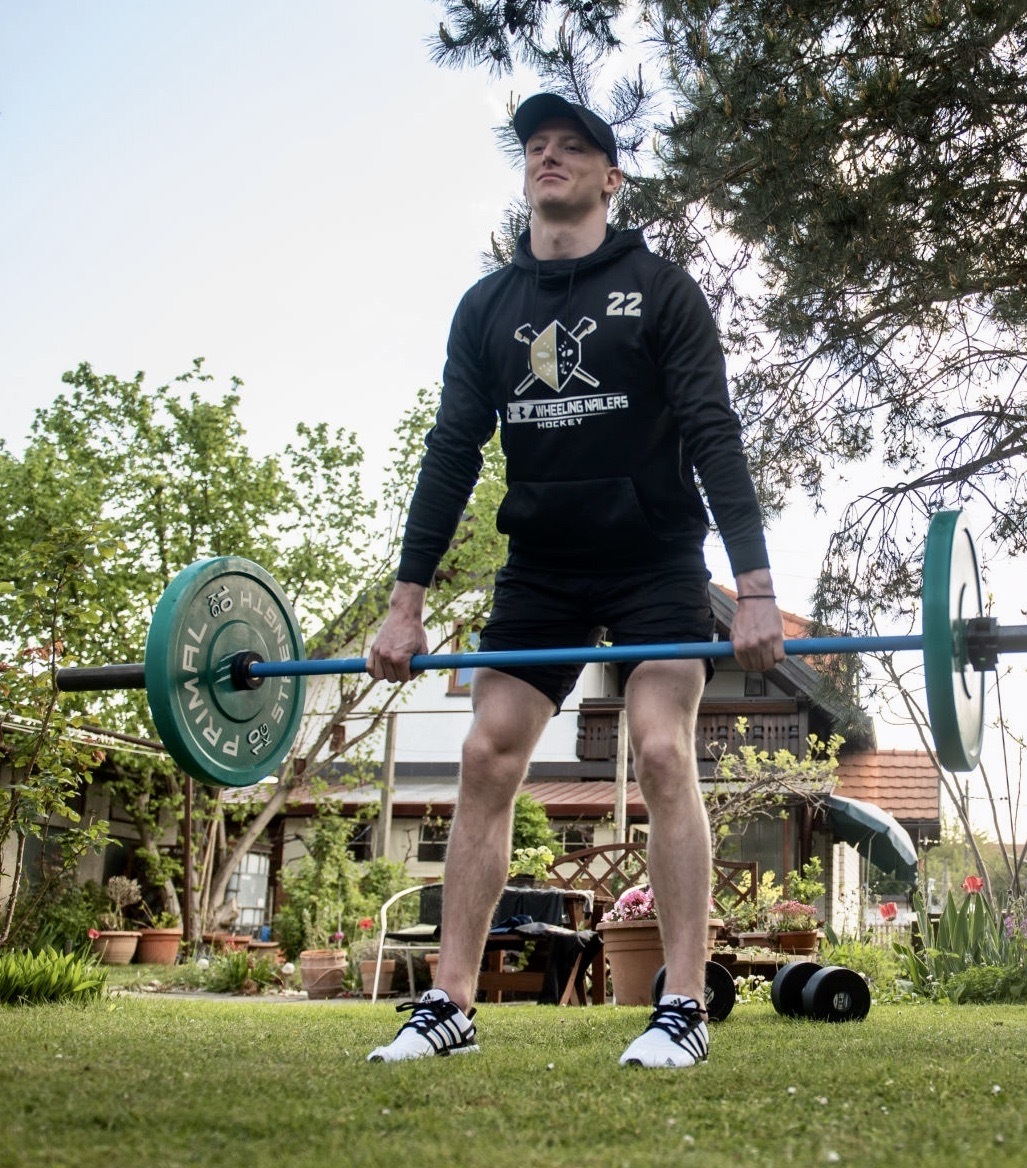 Jan Drozg trains at his home in Slovenia. -- Milos Vujinovic via Getty[/caption]

Drozg began working out at his home, and then back in the gym after the gyms began opening back up. His trainer in Slovenia communicates with Wilkes-Barre/Scranton trainer Mike Joyce to develop plans for Drozg's training over the summer.

He has also been able to train with his childhood idol Jan Mursak, another Maribor native, who became the second Slovenian-born player to play in the NHL (after Anze Kopitar) when he played for the Red Wings in 2010. Mursak, like Drozg, moved to North America as a teenager to play junior hockey before moving to the AHL. Throughout Drozg's career, he's been able to turn to Mursak for advice.

"I've known him all my life," Drozg said of Mursak. "When I was 10, 12 years old my dad was coaching him on the ice.  He's like my friend. I know a lot about him and a lot of stories. He gives me advice. He's gone through all the hockey in North America and has a lot of experience. I ask him questions and he helps me."

Drozg is hoping to follow in Mursak's footsteps and become the third Slovenian-born player to play in the NHL.

Drozg had an up-and-down first year of professional hockey this season, beginning the year in the ECHL with the Nailers. While he was initially disappointed to not be starting the season in the AHL, he began to see the benefits of his time with the Nailers. The ECHL only runs three forward lines, and for a guy like Drozg playing on the first of those three lines, it meant that he was going to see a ton of ice time.

"You're on the ice every second or every third shift," Drozg said. "So it's tougher to play, but it's good to have the ice time. Guys are stronger and tougher than in juniors. I think that's the best league to develop in, if I'm honest. It was a good experience to play there."

By December, Drozg was leading the Nailers with 11 goals and 20 points in 20 games and earned a call-up to Wilkes-Barre. He primarily played on Wilkes-Barre's bottom six, where head coach Mike Vellucci wanted him to play a harder, cleaner game.

"He has all the talent, he just needs to learn how to play the game the right way and play every shift like it’s his last shift," Vellucci told me after the AHL season ended. "When he first got to Wilkes, his practice habits weren’t good, he wasn’t emptying the tank every shift, having turnovers."

Limiting turnovers and being tighter defensively became one of Drozg's focuses. He couldn't be as flashy as he was in the QMJHL.

"The best thing that I learned is that I can't lose the puck at the blue line," Drozg laughed. "That was kind of my style in juniors, to try to dangle everyone and score. In pro hockey, that's a little harder."

"He played very hard, smart. It’s just a different game for him," Vellucci said. "I was holding him accountable every shift, and he came a long way. I expect him to be a good player for us next year.”

After missing a couple of games, Drozg was sent to Wheeling for a week before being recalled on March 5. When he returned to Wilkes-Barre, he was promoted to the top line, and added another goal and assist over the next four games.

"When I came back my game was going up," Drozg told me. "I think Vellucci trusted me more because I wasn't losing the pucks at the blue line. I'd try to make the smarter play. Game by game, I think he'd see that, and he'd trust me more because of those things. He said I need to work on that and I listened, so I think he gave me more chances because of that."

That personal growth for Drozg, coupled with Wilkes-Barre on the bubble of a playoff spot, made it all the more disappointing when the AHL season ended early on March 12.

"That was really disappointing to shut down," Drozg said. "We were in the race for the playoffs. That's when the hockey starts, you know? Right before the playoffs and in the playoffs, that's the best part of the season for me. It was disappointing especially because I was feeling good the last couple of games. It was sad to shut down everything and fly back home."

Some time in the ECHL and a global pandemic cutting the season short isn't exactly what Drozg envisioned for his first season of professional hockey in North America, but he was happy with the lessons he learned during the year and is looking forward to taking bigger steps next season.

Share
Tweet
Email
DK’s Daily Shot: Why sports absolutely, positively will be back
Steelers better equipped at QB compared to 2019