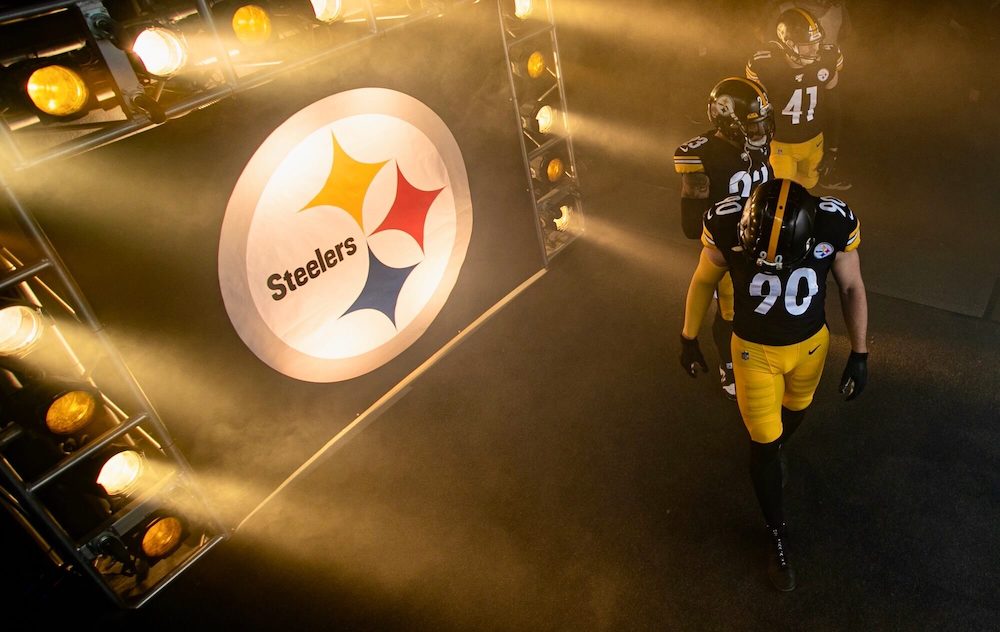 The 4th usually is the “end of summer” for me. Last touches on training and stuff. Last little sh-bang before camp. Chilling this year tho..carry on

That has been true since my high school years in the early 2000s. Although in high school, I also felt burdened by going back to school in August and having to sit all day in a classroom. Of course, most of us probably know that feeling.

One reason I always have had a blast on July 4 is because it was the last time of the year in which I could be carefree. There was a "dead period" for Tennessee high schools around the holiday. The week after, it was 90 degrees and we were running gassers before going back to the weight room that felt like a sweatbox with rusty weights. Not that anyone really cared.

Still, there were typical complaints coming from everyone, which we like to call "sports bitching."

Well, it’s the act of complaining about something as a group and knowing full well that you’re going to get it done anyway. Like when you say, "Man, coach better not make us run 30 gassers today." You know he is, and you run them because you’re built a certain way, but you still need to say you’re not doing them either to look rebellious or to simply make it through the day.

I recently watched some tape of my senior year in high school in 2003. It made me think about how long I played this game. I even called my sons into the room to show them I played on the defensive line and destroyed some of the offensive linemen I went against. I won Mr. Football for Linemen in Tennessee that year in my school's division. There were so many good times, and it’s good looking at the past to see how far you’ve come.

As a retired player, I’m frequently asked what’s next for me. I tell everyone the same thing: "I will figure it out, and I am going to enjoy life now and whatever comes with it." I’d like to think it's a fair answer for anyone who’s ended a long chapter in their life.

The truth of the matter is a lot of former players don’t have that luxury. I’m speaking of the mental side of leaving the game. Sometimes this game defines who we are as people, and that’s something I never want to happen. Yes, I enjoyed the spoils of playing in front of millions of fans throughout my career. That's one of the coolest experiences I could ever imagine.

But I always knew being a professional athlete would come to an end or could end at any moment because the injury rate is high. Most guys have to work when they’re done playing football, and by work, I mean continuing to have a stream of income in order to remain comfortable. There’s a shift in spending after the playing days are over because the amount of money pro athletes can make in a short amount of time is insane.

So I'm looking into starting another career that doesn’t involve running into another human being. Some guys don't look forward to that, but I am. A lot of guys still look for that adrenaline rush in other ways, maybe doing MMA or taking up boxing. I already have noticed that my post-football quality of life is based upon family, maximizing time and finding a new purpose to stimulate my mind and well-being. I plan on taking full advantage of all three things.

I also have plans of doing a raised garden -- or box garden, as I like to call it. I recently started that project by planting two Meyer lemon trees. Simply to see if I could get some growth out of something that could springboard into something more. I’m not saying I’m trying to be Martha Stewart, but it will be fun to make lemonade out of my own lemons.

Handling the small things around the house instead of paying someone else has been fun, too. I helped my brother-in-law rebuild his deck. Measuring out the length of the deck and the wood and using the tools needed was definitely an experience. It didn’t matter that it took 2 1/2 days to do it and about a week longer to finish the balusters and steps. It was a learning curve, but I enjoy new challenges outside of sports.

Separation from the game is one of the biggest obstacles athletes must put aside. I’m not saying I won’t miss all the hard work I put in at Heinz Field or every NFL turf besides the one in Minnesota, but I look forward to carving out another lane in life. I love what a legend such as Franco Harris has done in his second career, and how Charlie Batch has made such an impact around Pittsburgh and his native Homestead.

I'm enjoying this journalism gig with DK Pittsburgh Sports because of the challenge, because of how it stimulates my mind. This also gives a platform to show fans what goes on in the day-to-day tasks of playing a sport along with its dark side.  I love seeing athletes who are able to diversify during their careers because it shows their potential once the playing days are over.

For me, playing in the NFL was a dream come true. From the time I was 10, I'd said it was what I wanted to do. But as I got older, I didn't want to just be known as a jock. I wanted to go on a journey of growth.