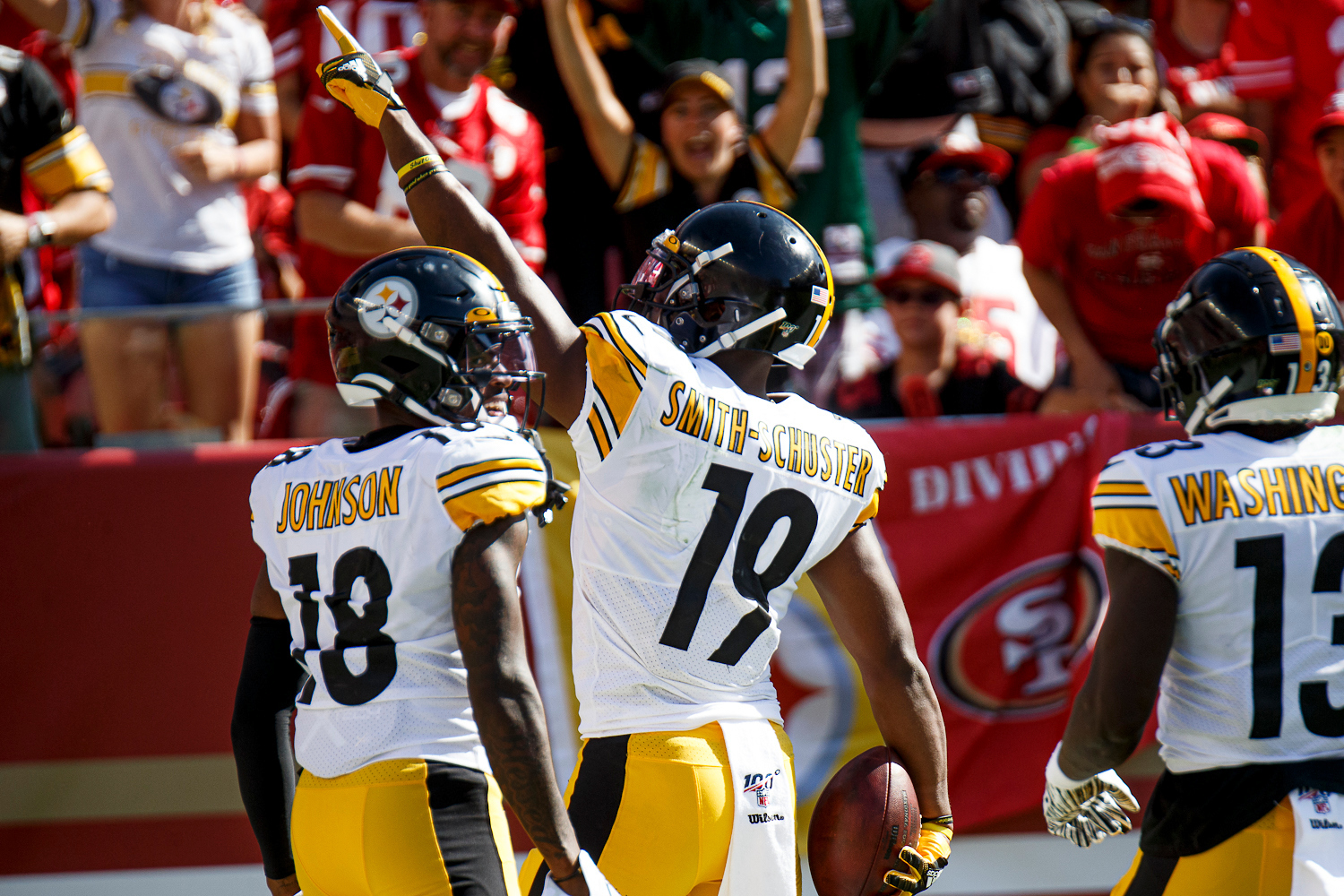 The Steelers' organization widely is considered a wide receiver factory. Kevin Colbert has been able to find some tremendous talent, often deeper in the draft, to bolster the team's passing attack. Antonio Brown, Santonio Holmes, Mike Wallace and Plaxico Burress are names that come to mind when thinking about the receivers who have come through Pittsburgh and dominated while there.

Could the Steelers' current crop of receivers follow suit? That is debatable entering 2020 considering they have a lot to prove after a down year in 2019. This always leads to the fact receivers need help, and a lot of it. Receivers can't throw themselves the ball, and poor quarterback play can make the most dominant receiver look incompetent.

Last season, the Steelers' passing attack was all but nullified when Ben Roethlisberger was injured in Week 2 and followed by Mason Rudolph and Devlin Hodges struggling when given the chance to captain the offense. The overall receiving statistics dropped tremendously, but it wasn't necessarily an issue with the receivers. When you add players such as JuJu Smith-Schuster and Diontae Johnson battled injuries in 2019 into the equation, you can see how the Steelers' passing offense averaged just 186.3 yards per game, 31st in the league.

Roethlisberger will return in 2020, but how his surgically repaired elbow handles the stress of a regular season has yet to be seen. The 2019 season might have been a low point for the Steelers' passing attack, but the overall output shouldn't dampen the promise of this wide receiving corps. In fact, they are brimming with young talent.

Who makes the team is a tough call, so let's take a look at the depth chart.

There are players on the above list who are guaranteed to make the team for one reason or another. Here is the guaranteed depth chart for the Steelers barring injury in 2020:

After those three receivers, it is a debate on how many pass catchers the Steelers want to keep on their roster, and what roles they will have this season. Rookie, and the team's top draft pick in the 2020 NFL Draft, Claypool is a lock to make the team, but how they use him has yet to be determined. He is a monster of a man who could provide a big target in the red-zone, as well as be a physical presence in the running game.

But how many receivers will the team keep? Those four are locks, but will they keep just five, or carry six? Believe it or not, I see the team keeping six pass catchers on their roster in 2020, but the main factor with these final two spots will come down to special teams.

If Cain can prove to be a special teams player worth keeping on the roster, he should have a spot on the team. He has proven he can be a capable deep threat on offense when given the chance. But this is where the case for keeping five receivers can be made. Switzer is the wild card, and if he isn't going to be used as a return specialist it is difficult to justify his role with the team. Johnson can return punts, and others have returned kickoffs. Switzer is known as a slot receiver, but how does he find a role with Smith-Schuster, Johnson and Claypool more than capable of occupying that same slot receiver role.

Some say Switzer could be the Steelers version of Julian Edelman, but Switzer's resume with the team shows it isn't likely this is an actual possibility.

Ultimately, I think Switzter makes the team, and rounds out the team's pass catchers. A final look at those I have making the team:

If there are outliers I could see playing their way onto the roster it would be players like Blacknell or Darboh. Darboh spent time on the Steelers' practice squad last season, and Blacknell, who came from the XFL, has NFL experience with the Jaguars. It will be up to these players to prove their worth over someone like Switzer or Cain to solidify a spot on the roster.

Check out the other depth chart breakdowns, by position:
Quarterbacks
Cornerbacks

Share
Tweet
Email
Morning Java: Why Ramon’s the money man
Back Through the Tunnel: The Matt Canada effect