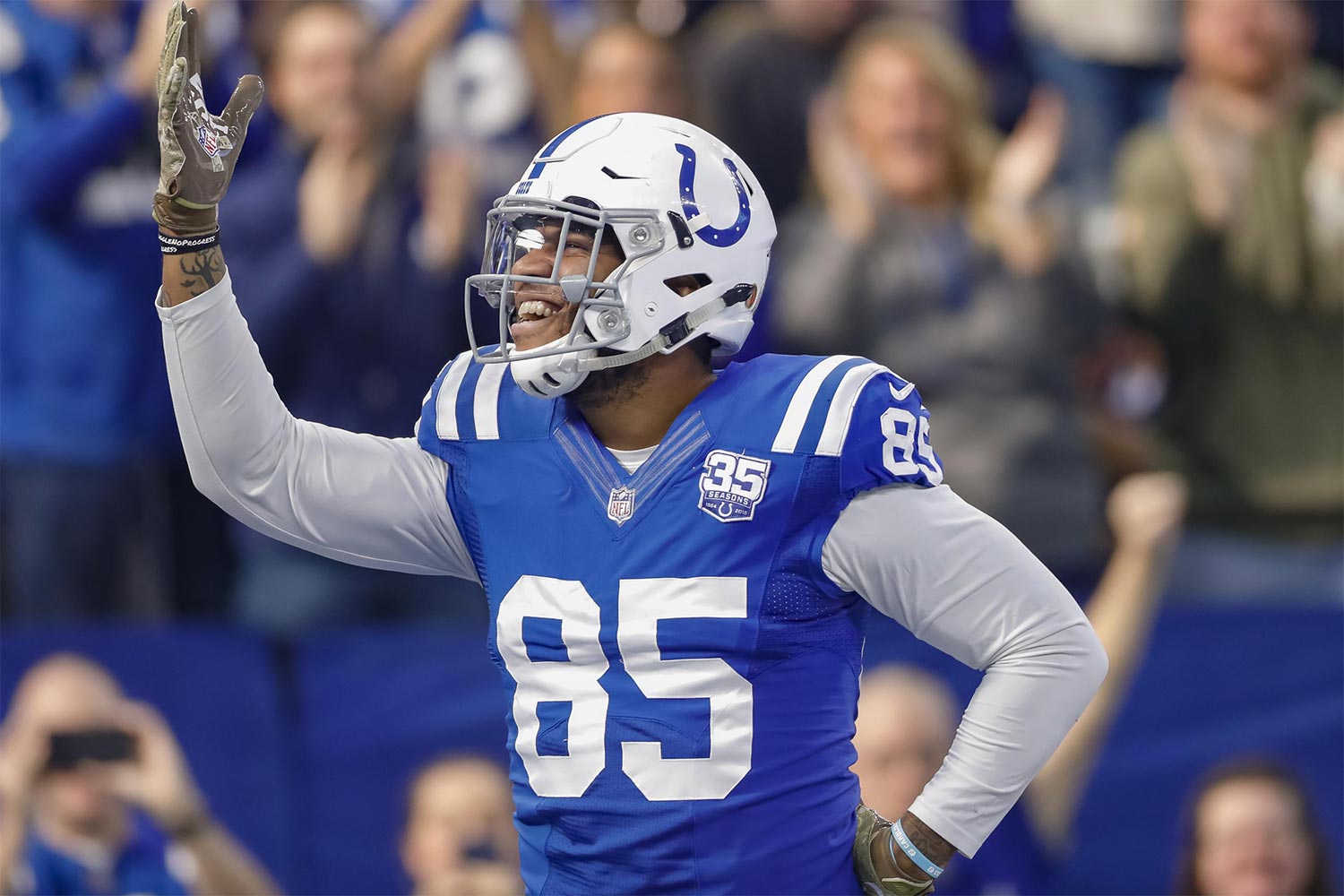 Eric Ebron knows what fans and experts say about him. How he is an immense talent, but struggles staying healthy. After the Steelers acquired him via free agency this offseason, even the fan base had concerns.

Concerns over his health, and pairing him with another tight end, Vance McDonald, who also has struggled to stay healthy throughout his career.

Some even compared Ebron to Ladarius Green.

While Ebron certainly is aware of what is being said, he solely has focused on getting himself right for the 2020 season. It all starts with an ankle injury that plagued his 2019 season and limited his effectiveness for the Colts.

Last season, Ebron played in 11 games, starting two of those, catching just 31 passes for 374 yards and three touchdowns. It was a precipitous drop off from his 2018 Pro Bowl season when he played in all 16 games, caught 66 passes for 750 yards and 13 touchdowns.

Steelers fans, rightfully so, want to know if Ebron's ankle injury is in the past, or if it will sideline him early in training camp when players report at the end of the month. If Ebron's social media has proven anything this offseason, it is that his ankle is doing just fine.

Take a look at some of the videos posted both by Ebron, and the Footwork King, a renowned trainer who works with all levels of athletes to improve footwork, speed and agility.

Man, this right here is a very proud moment for me being given the opportunity to Train (5) of @nflnetwork Top 100 NFL 🏈 Players of 2019. So thankful 🙏🏾@_bigplayslay23 @DHunt94_TX @Ebron85 @Iamxavienhoward @obj pic.twitter.com/F8F9dZJuGc

Put it all together now. Then make it translate. pic.twitter.com/rKGqepIAff

Sure looks like the ankle won't be an issue in 2020, and this could be great news for the Steelers who are looking to add a new dimension to their offense with Ben Roethlisberger back in the fold.

Where will Ebron make the biggest impact for the offense? His answer is simple.

"Red zone, that was an area I learned how to manipulate with the Colts and studied hard." Ebron told Teresa Varley of Steelers.com. "I want to make as many plays to help the team get to that area, because if we can get to that area, we have an opportunity for points. It is my job to help us get to the red zone and run after catch is how you do it."

What Ebron brings to the offense, in a simpler sense, is the ability to make plays. To not just be healthy, but to help the offense get to the next level.

"I am a playmaker. That is all I have ever said since I was in college," said Ebron. "I just go out there and try to make plays. That is what I want to bring to the team. Another weapon people have to respect, have to honor, have to get out of their coverages and those things. Plus, it helps Ben identify what they are doing, it's another weapon people have to respect ... It helps Ben and makes his job easier, makes my job easier because we are all on the same page. I am just trying to make as many plays as I can, win as many games as I can and be the best teammate I can be."

The Steelers could use more playmakers on offense, especially in the passing game. Ebron has had success in a multitude of ways, but being a flex tight end has always been a tool he loves to utilize. Ebron's ability to be both an inline blocker, as well as a slot receiver, helps create advantages for the offense via mismatches.

Ultimately, Ebron understands he is entering a system with Roethlisberger where he knows he can thrive, even if it is just as a safety blanket.

"I hope to be that safety blanket, that go-to, that loved tight end that everybody wants," said Ebron. "That is all you hear. That Ben loves his tight end. It's going to be pretty cool to see what we can do together. I have been texting him asking him as many questions as I can as early as I can. I want to pick his brain. If I can be his best friend and we can think the same, good things happen. That is really all I am trying to do."

When you look at the Steelers' offense with Roethlisberger back, and Ebron healthy, they have a myriad of options at their disposal. JuJu Smith-Schuster, Diontae Johnson, James Conner, James Washington, and McDonald. If health can be on this unit's side, for once, they should be extremely tough to defend next season.