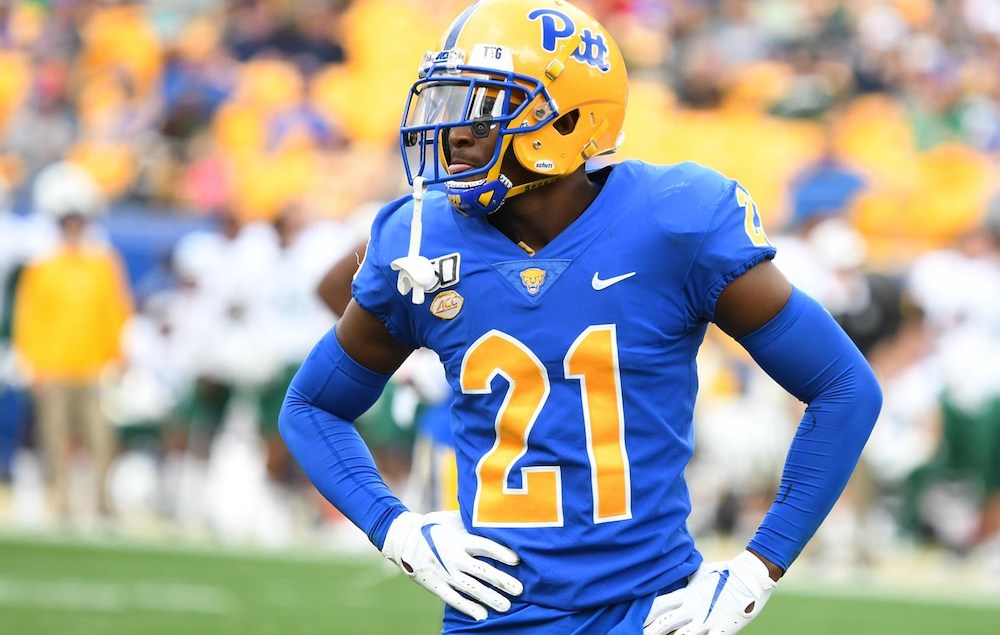 One Pitt player was selected in the 2020 NFL Draft, but it didn't happen until the seventh round when the Bills picked cornerback Dane Jackson.

A Cornell High School graduate who played football at Quaker Valley, Jackson was steady and occasionally dominant presence in the Panthers' secondary, starting 41 of 50 career games. His 12 pass breakups ranked among ACC leaders, and he earned second-team all-conference honors as a senior.

Jackson's path to a roster spot in Buffalo is a bumpy one. The Bills boasted one of the NFL's better secondaries in 2019, but, for Pitt, losing a player of Jackson's caliber and experience would figure to leave a void in Pitt's secondary.

Yet the Panthers could have players in place at cornerback to help a defense that finished 11th nationally in pass-efficiency rating (112.93) last season, though depth could be an issue after Therran Coleman left the team last year during bowl prep and transferred to Western Michigan.

Big things are expected from Damarri Mathis in his senior season, and there's no reason to believe the Florida native won't deliver.

The player head coach Pat Narduzzi called "pretty special" before his freshman season is one of the ACC's more unheralded defensive players. Just check out these stats from 2019: 13 games (10 starts), 365 snaps in coverage, 21.4 percent pass-breakup percentage, 17 completions in 56 targets, two touchdowns allowed an an opponent's QBR of 25.3. While those numbers were helped by Pitt's pass rush, Mathis still ranks among the most effective corners in the ACC last season.

Jason Pinnock played in 10 games last season, starting three and missing three others (Delaware, Duke, Eastern Michigan) because of injury. At 6-0, 200 pounds, Pinnock is the type of big-body corner Narduzzi loves, and he'll get ample opportunity as a senior.

He allowed 14 catches on 31 targets -- not as impressive as Mathis but still well-above average -- with seven pass breakups. His end-zone interception against Central Florida last season was a vital play in Pitt's 35-34 victory.

I don't know much about Jason Pinnock (Pitt CB 15) but he does a terrific job reading the QB and intercepting this underthrown ball pic.twitter.com/LPIEsSORlM

There's not much game experience on the depth chart behind Mathis and Pinnock, and what little of it exists mostly is because of Marquis Williams.

At 5-8,175, Williams isn't big, but he is strong and did appear in eight games as a redshirt freshman, and he worked out with a well-known former Steelers receiver about the same time the coronavirus shutdown went into effect.

When Pitt uses three corners, Williams could be the top choice.

Sophomores A.J. Woods and Judson Tallandier also are in the mix for playing time, particularly when extra defensive backs are deployed. Woods (5-10, 185) played in 10 games last season, mostly on special teams. He had five kickoff returns for 75 yards and three tackles on kickoff coverage. Tallandier (6-0, 185) is another tall corner who had an offer from Georgia before choosing Pitt. He redshirted in 2018 and has appeared in five career games.

So much credit goes to Pitt's front four and deservedly so. They provided the braun behind a defense that finished last season with 51 sacks. Safeties Paris Ford and Damar Hamlin also earn a fair share of praise, and, why not? They might be as good a duo as there is in college football.

Pitt likes its cornerbacks to play aggressively, and these two fit the mold. Will they perform as well without Jackson? There's no reason not to think so, assuming Pinnock holds up well seeing more targets as teams could shy away from throwing toward Mathis.

Their ability to play strong pass coverage should help the defensive line be just as disruptive in 2020.