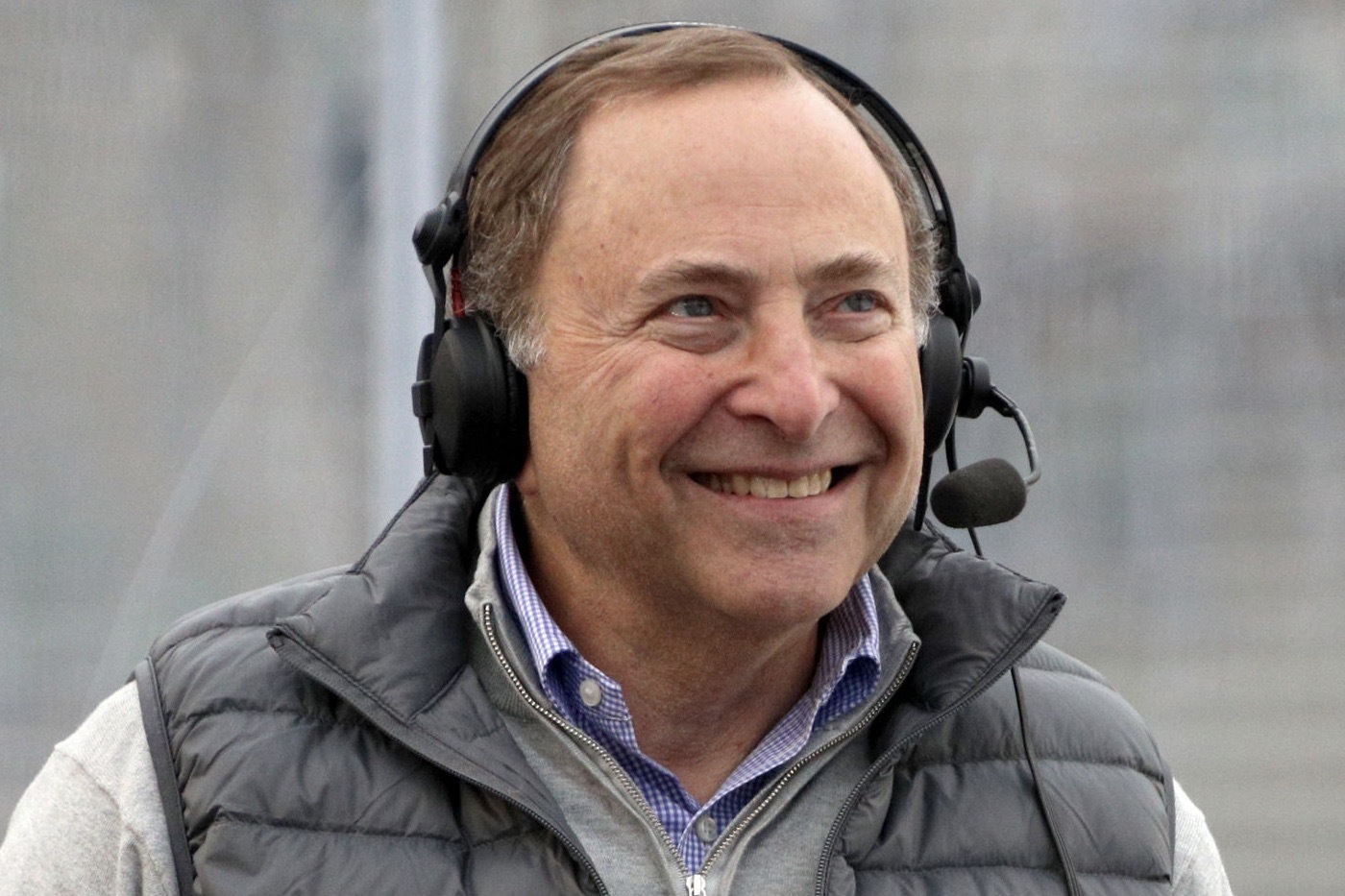 As sports leagues begin to return to play in the middle of the coronavirus pandemic, we're seeing some teams forced to withdraw from tournaments due to high numbers of coronavirus cases within the team.

Major League Soccer has had two teams -- Nashville SC and FC Dallas -- pull out of this year's tournament after a number of positive tests. The National Women's Soccer League had one team -- the Orlando Pride -- withdraw from its tournament after 10 players tested positive for the virus.

"We're going to be taking advice from the experts and medical people in terms of what is and isn't appropriate as we move forward, understanding that COVID-19 is out there and what the risks are," said Bettman.

The NHL has been releasing weekly coronavirus test results for the entire league during Phase 2, with some teams making announcements if they have a number of positive tests. During the playoffs, teams will be prohibited from releasing any information on their own regarding coronavirus tests, and the league will handle announcements for all injury and illness news.

And could a number of positive tests around the league shut down the whole season?

"One positive test shouldn't shut down the tournament. But we have to be cognizant of player health and safety. If we have an outbreak situation, it turns into a different judgement. There's no hard and fast numbers on that."

Hockey players have a reputation for trying to play through injuries and illnesses, especially during playoff time. Some people have speculated that players could feel symptomatic during camp or games and still attempt to practice or play.

Schneider, who had a 20-year career as a player, spoke about the culture and why this situation is different from a typical playoff injury.

"If concussions were contagious, I think players would feel differently about it," he said. "I think the guys certainly understand the notion that if they are not honest with symptoms of how they might feel, they put their entire team in jeopardy. I think you all know how we feel about hockey players and teammates and teamwork.

"I think something that continues to get lost in everything here is the fact that every single person that's coming into the bubble will have tested negative for a period of time and is going to test negative before interacting with others in the bubble. Is there a zero percent chance that someone brings it in from outside? No, of course not. We continually rely on the doctors for guidance."

"The question presumes a level of dishonesty and a lack of integrity that the four of us and the people we serve would reject categorically," Bettman said. "The fact is that we understand the importance on the seriousness of what we're dealing with. I don't think anybody is going to want to be involved with playing games with the facts and the reality of what we're all dealing with."

Other takeaways from the conference call:

• Bettman said that the league discussed making the first two rounds of the playoffs best-of-five in order to shorten the length of the tournament, but it was the players that insisted on keeping each round best-of-seven.

• The league is paying for its own tests from commercial sources and is not taking them from the communities in which they are playing.

• The league is still planning on having a full 82-game 2020-21 season "making some adjustments," which would likely run later into the summer than usual.

• The spike in coronavirus cases in Las Vegas was one of the reasons that Vegas lost out on being a hub city.

• Bettman said that the league has "special things planned" for the broadcasts to make up for the lack of crowd noise, but wouldn't elaborate on what those things were.

• Families will be able to join players beginning in the conference finals, a plan that was suggested by Jason Spezza.

• Daly and Bettman don't know if they'll be traveling to the hub cities.