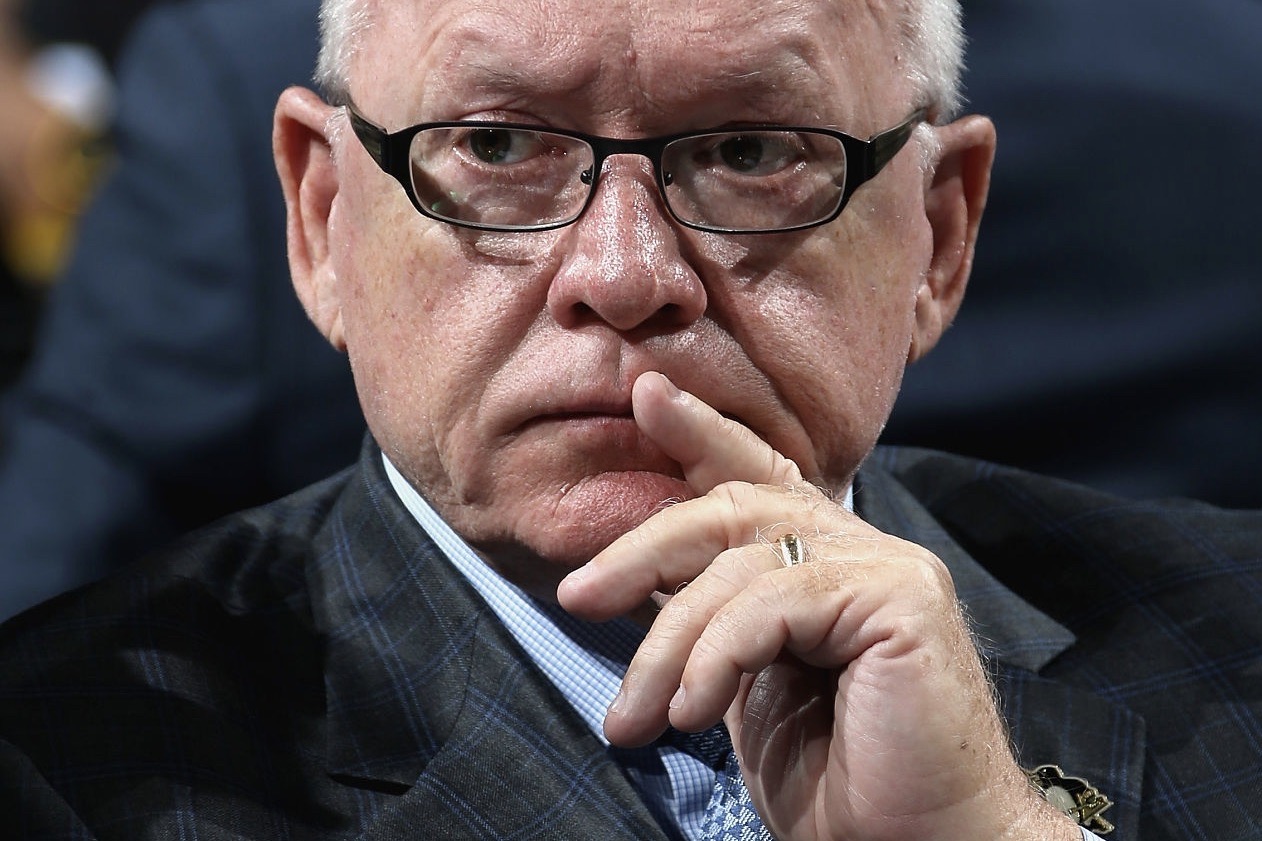 Just like pretty much every other offseason since he became general manager of the Penguins in 2014.

"We always have to let guys go," he told a conference call Saturday.

This, however, is the first time in modern NHL history that a pandemic not only has paused a season, but has forced the salary-cap ceiling for the next season to be set a few million dollars lower than expected.

Officials of the league and NHL Players' Association have agreed to freeze that total at $81.5 million for 2020-21 which, according to figures from CapFriendly.com, leaves the Penguins just $12,149,825 below the upper limit.

Nonetheless, Rutherford doesn't sound like a guy who's so stressed about the situation that he's taken to buying antacid by the half-keg. Fact is, he seems glad just to have some certainty in the situation.

"We know where it's at now, and where it's going to go in the next few years," he said. "It gives all of the teams stability. We have a better idea of what we're dealing with."

"The (personnel) decisions are always tough for us. Every year, we're up against the cap. We're always in a position where we have to move things around, but we do have a little bit of cap space here.

"We do have some decisions to make, none of which have been made. I'm sure that as we go along in these (postseason) games, we'll have different opinions on different things, as to how we sort the cap out."

The Penguins are scheduled to begin their best-of-five preliminary-round series against Montreal Aug. 1 in Toronto. Precisely who will be on their 31-man roster then hasn't been determined, but at least three candidates for spots will not get one.

The Penguins have known for a while that they won't have forwards Dominik Simon and Nick Bjugstad, both of whom are recovering from surgery, but Rutherford said depth defenseman Zach Trotman "probably" will be held out, too.

Rutherford did not elaborate on the reason for removing Trotman from consideration, but suggested the move was precautionary.

"We don't get into injuries, but it's something that he's trying to work through that could flare up when we get into the bubble," he said. "We didn't want to take that chance."

Trotman has participated in the small-group workouts that have been held in recent weeks at the UPMC Lemieux Sports Complex in Cranberry.

Although the Penguins have not announced their training-camp roster, which can include up to 30 skaters and an unlimited number of goaltenders, Rutherford said he believes everyone on it has received all the medical clearances needed to take part in the qualifying round and Stanley Cup playoffs.

That roster must be submitted to the league office by Monday, but can be adjusted over the next couple of weeks.

The Penguins are not isolating their players during camp, but team officials have stressed to them the importance of avoiding situations in which they could be exposed to persons infected with coronavirus.

"I'm sure they're probably tired of the amount of times they've been told the importance of staying away from any risky places," Rutherford said. "One little slip-up ... we all know that this thing spreads pretty quick and our players are very conscious of that."

And while hockey players have a reputation for playing through severe pain and injuries, especially during the playoffs, Rutherford said he's not concerned that any will try to conceal symptoms of an infection if they emerge.

"I think everybody recognizes the difference of playing with a pulled groin or a broken bone or something, and playing through that," he said. "It's not something that's contagious. With COVID, it's a whole different story. I don't think any player wants to be the one responsible (for spreading it), especially if he knows he has a fever or has some symptoms. ... I would be very surprised if anyone would try to do that."

Of course, the biggest surprise during this camp might be if there are no big surprises, because there simply is no precedent for coming off an extended break in the season, then going into an elimination series after just a few weeks of preparation.

"It's going to be different for everybody," he said. "Having a camp at this point in time of the year -- in the middle of the summer, after guys have had some time off and things like that -- it will be interesting to see how some guys are prepared. Knowing our players the way I do, or I think I do, I think our guys have prepared themselves pretty well for what's ahead of them."