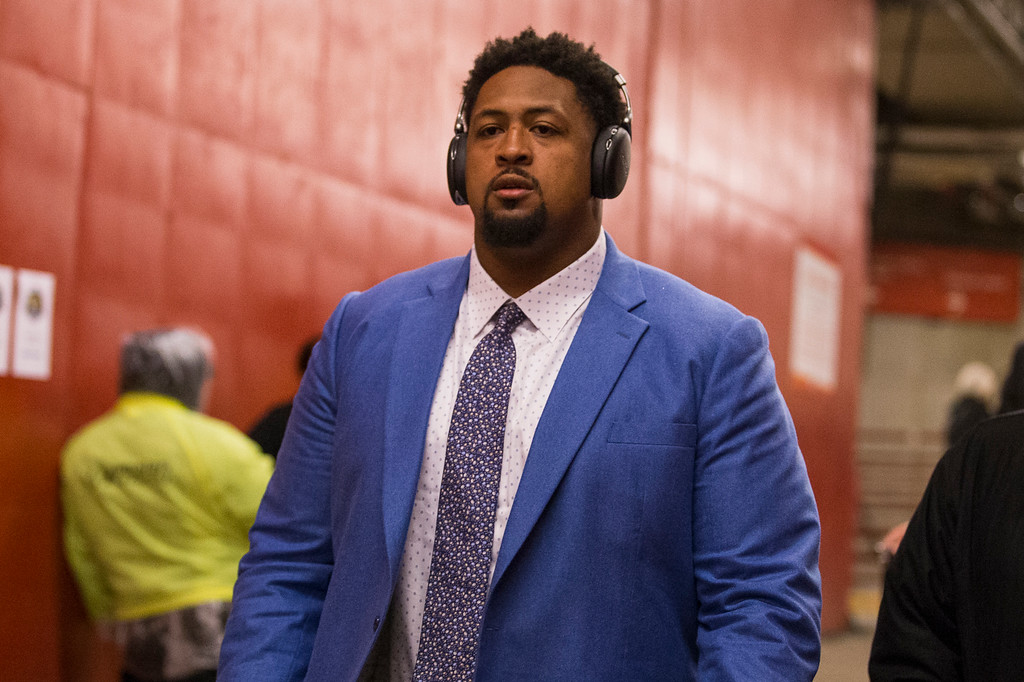 HENDERSONVILLE, Tenn. -- When the NFL and NFL Players Association agreed over the weekend on safety and medical protocol for players who choose to play or those who opt out, it just shows how the game always figures itself out.

On a professional level, football is a business. And as much as we hate the idea of players vs. ownership being debated on our favorite radio station, television outlet or here at DK Pittsburgh Sports, sometimes it's a necessary evil. And, yes, that's a shameless plug to DK and how he's grown his own sports business.

The business side of sports can be a drag, and with the general population over just about everything this year, we finally get our wish: Football is planned, at least, for the fall and winter.

So let's take a look at something a lot more cheerful. Come take a mental drive with me to find out what goes on when players are headed to the stadium on game day, and I'll do my best to paint a picture without giving up the deepest, most sacred details that keep the locker room and meeting room places of privilege.

But first, there are two things I must admit:

1. I'm glad I don't have to decide whether or not to play football this year given the current health situation. Now, if it was a very good situation and COVID-19 was under control, of course, I would be ready.

2. I'd probably opt to play. It's a heavy decision but, like everyone else I've been around during my playing career, I love the game. I love the excitement it brings, and I love the spirit of competition. There's nothing like game day.

Let me emphasize that: Game day is AMAZING!

Those 1 p.m. games at Heinz Field are exceptional. The fans. The first trip onto the field. Seeing your name plate and jersey at your locker. There's nothing like it. And those Sunday night and Monday night games are on another spectrum. There's nothing better than playing in front of a worldwide audience with a team that competes hard every weekend -- a team everyone knows and whose opponents want to ruin your night. And when I say worldwide audience, it certainly feels like it. We're talking prime-time television, with the game being the highest-rated program that night. There's an endless stream of live tweets, uploaded plays and being tagged on social media with every good or bad play.

Before getting to the stadium and seeing the crews, here's how my journey to those prime-time games goes.

It starts with Mike Tomlin. I can't stress enough about how good of a coach he is, and the amount of detail he gives his players on a daily basis. The night before the game, when we're at the team-assigned hotel, it's all business for him. His walk into the meeting room -- just the walk -- commands your attention. His acknowledgment of the challenge ahead of us never is unappreciated. It can be a team from another division or one of faithful and tough AFC North foes, but Tomlin's approach to our preparation remains razor sharp. By this point of the week, there's no more film from the head coach. That duty falls on the coordinators and position coaches. But when we were an underdog or had guys out because of injuries, we left that meeting room ready to run through a wall. His ability to pull the team together -- a group of adults who play a kids game -- is a true talent. He gives you enough information to do whatever it takes to win that week, but he provides purpose in remembering why we play the game we love.

For the Tomlin nonbelievers, I wish you could be there to see the methods to his madness and the details he covers. When I left that room, I never wanted to let my teammates down. Neither did any of my teammates. And I mean never.

After Tomlin breaks the meeting, guys go about their own rituals. Some head to the cafeteria to watch the Saturday night college game, hang out and talk crap about which conference is the best. Because the Steelers have several Ohio State guys and the Buckeyes usually are on national television, Cam Heyward and Ryan Shazier typically are the loudest about proclaiming their allegiance to O-H-I-O. Some players get massages. There are small therapy or stretching sessions before bed. But getting sleep, actually, is the most essential thing.

When it's a late-night Sunday game, the next morning usually is pretty chill. Eat breakfast and entertain yourself. For home games, I usually found time to walk around the neighborhood and play Madden online for mental stimulation. It keeps you up without expending much energy.

Like I said before, a worldwide audience will be watching.

The drive to Heinz Field is the best from taking the exit from Interstate 279 and seeing the grills going to the tailgating tables filled with food and spirits to fans throwing footballs in the parking lots. There are Steelers jerseys everywhere. Then turn left on Stadium Drive, take a right on North Shore Drive around the stadium and, finally, get inspected by the bomb-sniffing dogs before walking into the stadium. I would see the usual staff every week we had a home game. The ones I befriended and created a relationship with got a handshake or fist bump. They have the same eagerness for the greeting as I do, and it shows.

Pittsburgh is a football city. Winning is part of the culture. It's important to everyone.

After a couple of more checkpoints, there's the locker room, where players usually are met by tight ends coach James Daniels, who is in his usual seat getting ready for the game. Then it's time for an additional stretch while listening to music, getting my ankles taped and suiting up. I always walked into the locker room with an iPad so I could watch additional film, a step I think is necessary.

Maurkice Pouncey and I usually would walk out to the field to smell the air, feel how our cleats handle the turf, throw the football around just in case either of us will be called up to relieve Ben Roethlisberger of his quarterbacking duties and then head back to the locker room. Garrett Giemont, the Steelers' conditioning coordinator, usually gives the countdown, letting players know when to leave the locker room.

Tomlin usually said one last thing to us: "When the team comes, everyone comes."

That phrase means a lot. We go out as one, no man left behind, and when you walk out on the field, the team is the main attraction. And when we do it, the chills players get running out of the tunnel as the video shows the countdown makes us want to jump over mountains.

Seeing how the game comes together truly is an art.

I understand why guys might opt out this year, but I don't think I'd miss an opportunity to live out the experience of game day when afford to me. But that's just me.