AT&T SportsNet has added a second channel for instances when Penguins games and Pirates conflict this summer, the network announced on Thursday.

The new channel will be called "Pittsburgh 2." A channel guide based on your cable provider and location can be found here.

Each channel will show live broadcasts of the games, as well as the pregame and postgame shows.

Game 1 of the Penguins' qualifying round series against Montreal will be broadcast exclusively on NBC. Games 2 and 3 will be broadcast on the main AT&T SportsNet channel in the Pittsburgh market (and NBCSN elsewhere), and the Pirates games those nights will be moved to Pittsburgh 2: 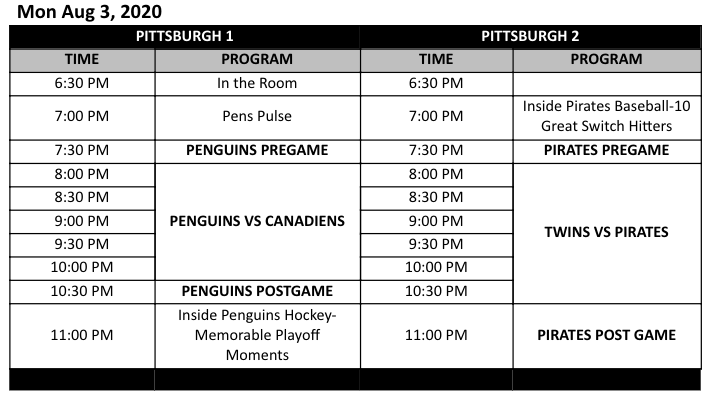 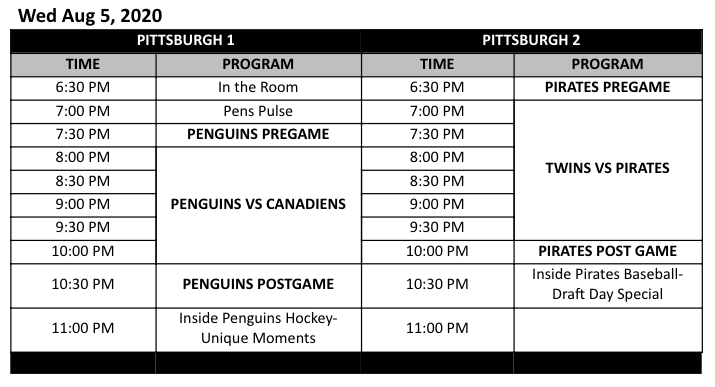