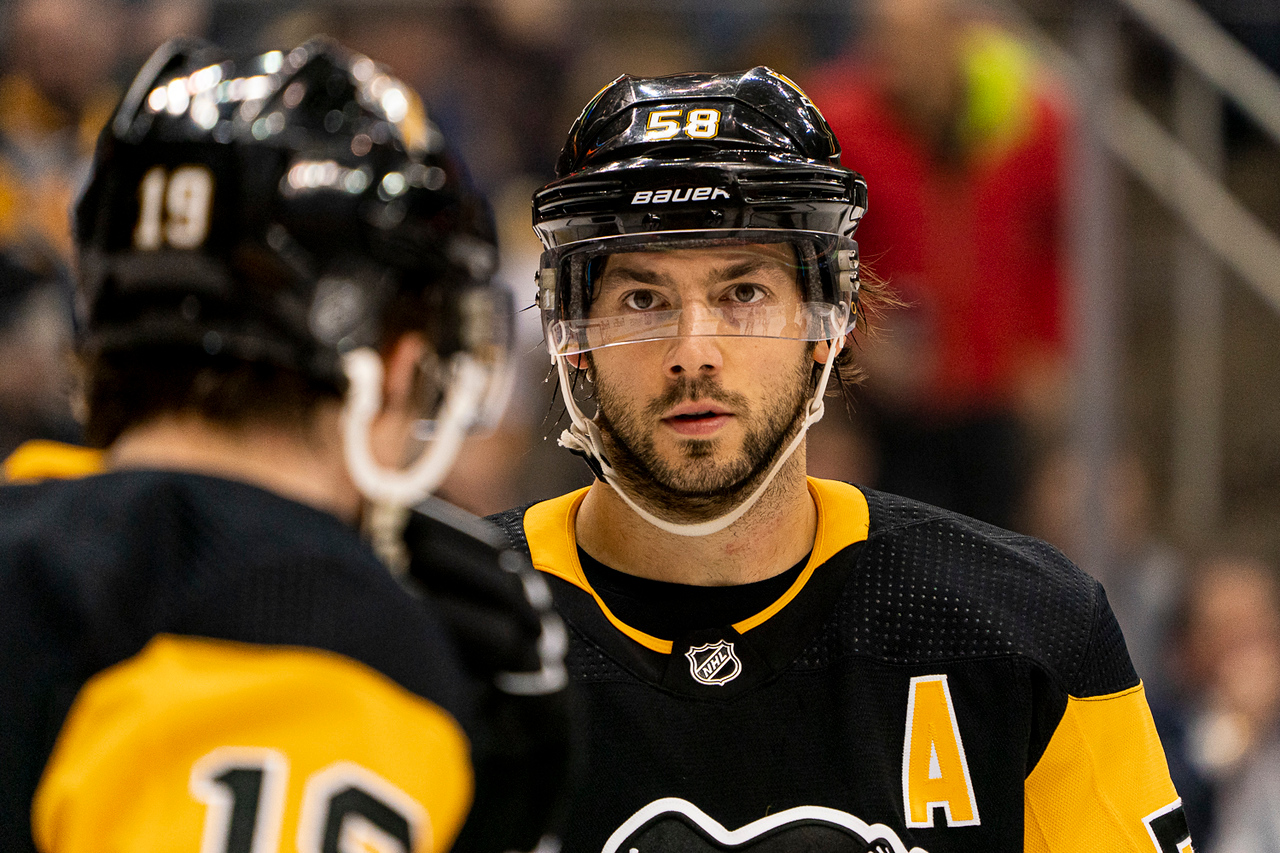 Mike Sullivan and his staff got a first-hand look at Montreal Tuesday evening, when they watched the Canadiens' 4-2 exhibition loss to Toronto at Scotiabank Arena in the wake of the Penguins' 3-2 overtime defeat by Philadelphia there a short time earlier.

Sullivan told a video conference Wednesday that technology gives coaches pretty good insight on what they can expect from opponents, but seeing the Canadiens live reminded him -- in the unlikely event a reminder was necessary -- that they have good team speed, which could translate to an effective forecheck in their qualifying-round series against the Penguins, which begins Saturday at 8 p.m.

The guys who will have to do that certainly seem to be aware of the challenge the Canadiens could pose.

"They're a really fast team," Kris Letang said. "It's going to be important to be able to come out of our zone clean and make sure we have support low. (Tuesday), obviously, it was not our best, but I thought that as the game went on, we were building something.

"We got better every period. Going forward against a team that has a (good) forecheck and fast forwards, we might have to simplify things and try to have support underneath the puck all the time."

• Sullivan said he thought the Penguins' "compete level was really high" against the Flyers, and offered a fairly positive assessment of his team's overall performance. "I really liked that about our game," he said. "There were aspects of the game that were sloppy -- and after watching the film, that's just more affirmation that what I saw was correct -- (but) I do think we got better as the game went on. We started to execute, make some plays, as the game went on. ... Our guys were strong on pucks. Their effort was where it needed to be. Our execution, we need to improve on."

• The Penguins' top line, which has Sidney Crosby between Jake Guentzel and Conor Sheary, scored their first goal against Philadelphia and received an upbeat evaluation from Sullivan. "I don't think they need a lot of time to establish chemistry," he said. "They're very familiar with one another. They've played a fair amount together." He noted that "all three guys were instrumental on that goal," pointing out that Crosby's center drive opened a lane to the Flyers' net that allowed Guentzel to make a cross-ice pass to Sheary, who beat Philadelphia goalie Carter Hart.

• Letang had an encounter with the Flyers long before the game, as he crossed paths with a number of them while exploring the area in and around the hotel where both teams are quartered. "I ran into the entire Philly team," he said. "It was a little awkward, but I know Mr. (Jakub) Voracek really well, so it made it a little bit better."

• Sullivan, predictably, declined to say whether he plans to start Matt Murray or Tristan Jarry in Game 1 against Montreal, or even to elaborate on the process that leads to such a decision. "We really like how both of these guys have tracked throughout the training camp, to this point," he said. Jarry, for his part, said that the goalies haven't been told who will play Saturday, either. "We haven't been told anything," he said. "We're just taking it day-by-day, making sure our practice habits stay where they need to be." Murray is widely regarded as the favorite to play in the opener.

• Letang said he would have no qualms about filling Phil Kessel's old spot on the left side of the No. 1 power-play unit, although he will not have input on who is deployed there. "We're all interchangeable out there," he said. "Whoever has to be there has to get the job done. But certainly, it's a spot that I've played in the past. I'm pretty comfortable there." Sullivan noted that there are a number of candidates to handle that role and suggested that the Penguins want to guard against running up some players' ice time, although he did not mention Letang by name.

• Sullivan said that no one was held out of practice, which indicates that no one sustained an injury of consequence against the Flyers.