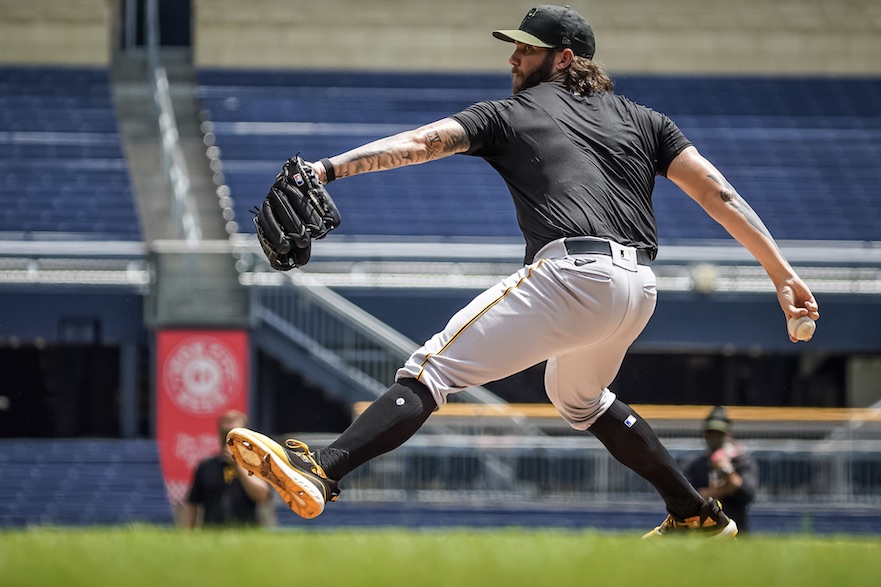 CHICAGO -- Derek Shelton came into summer camp in late June telling players to be honest about their bodies. While that obviously applies to share and follow protocols if they are experiencing symptoms of COVID-19, he also meant for their arms, legs, muscles and other parts of the body, too.

While spring training is usually at least six weeks, the summer camp to prepare for the season was going to be only half as long, three weeks. Because of that, the Pirates -- and players and teams across the league -- were concerned about keeping players, particularly pitchers, in good baseball shape.

Those concerns were justified. During the first week of the season, the Pirates had to place two pitchers on the injured list for baseball-related injuries: Clay Holmes with a forearm strain, and Kyle Crick with a lat muscle strain.

Both players were placed on the 10-day injured list on Tuesday, with Holmes' stint retroactive to July 25. There is no timetable for either player to return yet.

What the Pirates have experienced is not out of the ordinary. Since opening day, 14 pitchers league-wide have been placed on the injured list for reasons other than "illness" or "undisclosed." That doesn't account for those who started the season on the IL for injuries that occurred during summer camp, including Marcus Stroman, who tore a calf muscle, Clayton Kershaw, who has a back injury, and Justin Verlander, whose season is in jeopardy because of his forearm.

In total, more than half of the teams in the league (17) have placed a pitcher on the injured list with an arm or muscle injury. The short summer camp and long layoff could be partially to blame.