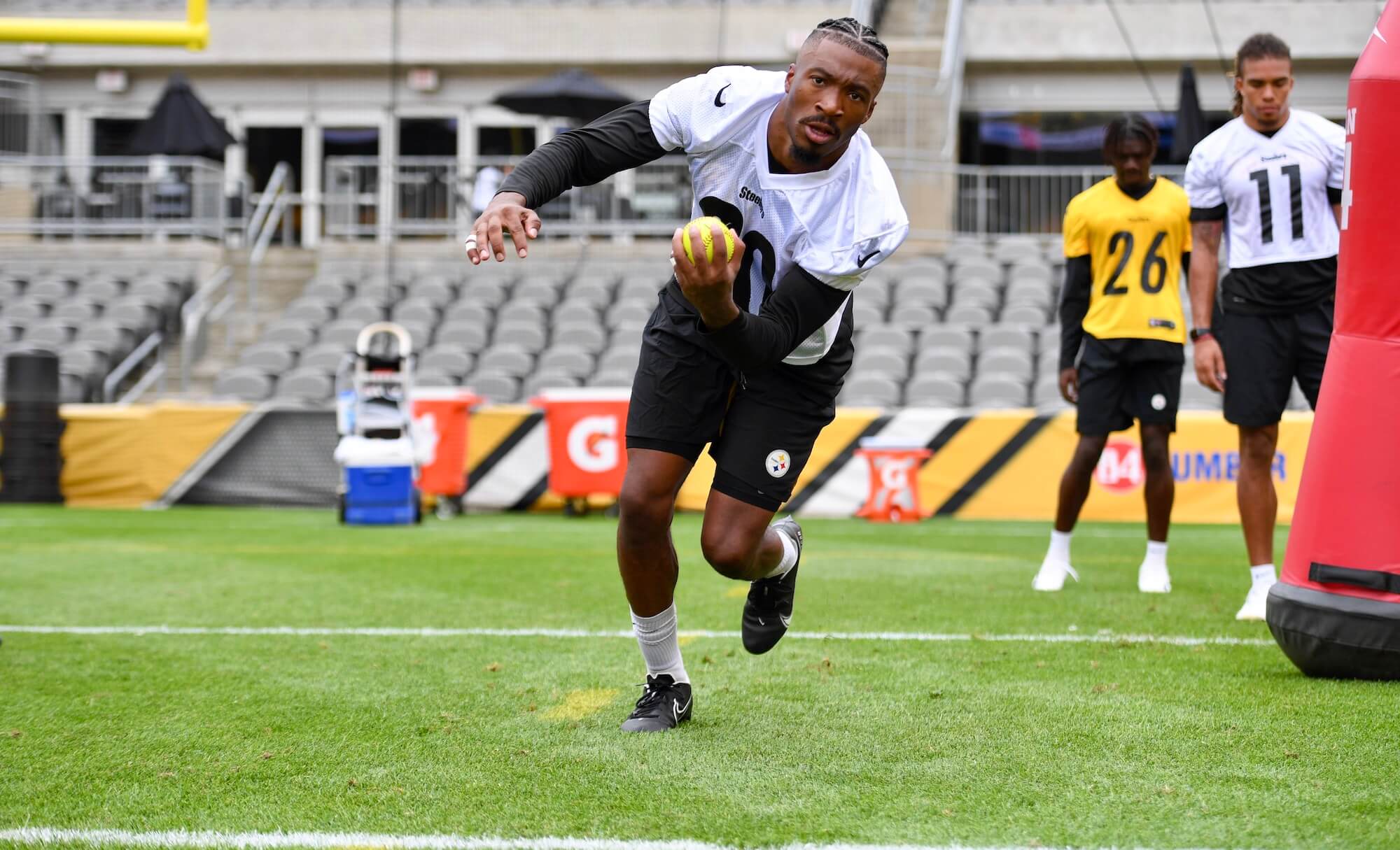 He loves the setting at Saint Vincent College. He loves having his team sequestered on a college campus doing nothing but living and breathing football 24 hours per day. In fact, in the past, Tomlin has said he'd spend the entire season with his team living at Saint Vincent, if possible.

This year, because of the coronavirus pandemic, not only have training camps been cut down, the Steelers are unable to hold their training camp at Saint Vincent College as they have done every year since 1966. Instead, the Steelers reported to Heinz Field for training camp earlier this week and it will still be a few more weeks before Tomlin and his coaching staff get them onto the field for a padded practice.

"It is a unique circumstance, but it is unique for everybody," Tomlin said Thursday morning via Zoom call. "I will speak for the room when I say we're all excited. We missed football. We're glad to get moving. We've got a lot of respect for this environment that we're in. We're working our tails off to familiarize ourselves and adhere with the COVID protocols in an effort to keep the individuals, and thus the collective group, as safe as we can possibly be in the midst of this."

Safety is the biggest issue facing the team. But it must stay safe while also working toward preparing a roster for the rigors of a regular NFL season. The Steelers open the season Sept. 14 at MetLife Stadium against the Giants. They'll have no preseason games in which to judge players' readiness for live football. And they'll have just 14 padded practices -- starting Aug. 17 -- with which to judge who will make this roster.

It's not a lot of time or opportunity.

Tomlin has always blocked off time for live sessions at his practices. He typically has live hitting in the first couple of weeks of training camp. And even when there isn't live tackling, he'll use certain drills as competition periods, going live with a two-minute drill, third-down situations or when working in the red zone.

Those kind of competition periods will have a greater sense of urgency than ever before.

"If we're smart, we're going to utilize those padded practices to evaluate," Tomlin said. "We're going to use those padded practices to teach, get to know people. Live action is a part of that. We've done that in the past and probably more so in this environment for obvious reasons. Not getting an opportunity to have preseason games, we want to have an understanding of what we're going to get from people going into New York in the opener, and the only way to do that is to put that ball on the ground, spot it and play football. That's what we intend to do."

It will make those opportunities critical to young players trying to make the roster.

Because of rules implemented this season via the new collective bargaining agreement, teams can carry 55 active players on game days. Practice squads also have been expanded to 16 players as part of the league's COVID plan, up from 12 they would have had available via the new CBA.

That means the Steelers will end training camp with 69 players, 53 on the regular roster and 16 on the practice squad.

There will be a healthy number of rookies and first-year players among that group. Ascertaining who is ready to help the team right away and who is not will be a primary task of the coaching staff this year.

"I don't know that our agenda relative to their development changes. The time in which we have to develop them and the access is what's different," Tomlin said. "There's a different urgency. There's an acceleration of the process. In terms of the boxes we get to check with them and the way we get to know them, that is unchanged.

"We also have to acknowledge in this environment that they will probably be less of a finished product when we step into regular season stadiums than they are in normal circumstances. But that won't be exclusive to our rookies. That will be global. It would be prudent for all of us to be thoughtful, particularly early in the season, about what we ask our rookies to do."

That will be even more difficult to do this year with no preseason games from which to judge their readiness. In any sport at every level, there are players who look great in practice but aren't quite as good in games. And vice versa.

And there are bound to be bumps in the road, even for the most established coaches.

"I've been in the league for 20 years and I've never been in a situation like this -- going into it without the opportunity to have preseason games," Tomlin said. "I feel like I have an understanding of what's required and the order of the process of what we need to do to take our guys through this in order to be ready. But I think all of us are going to be feeling our way through this. There will possibly be issues revealed to us along the way. So, we've got to have a hard plan, but we have to be light on our feet and be thoughtful, particularly about the things we ask inexperienced players to do as we divvy up and define roles. That will just be a part of it."

Some of those things that will crop up include the potential for players to opt out of playing this season. Per league rules, players have until Aug. 4 to inform their teams of their intentions regarding whether or not they will play.

It's hit some teams very hard to this point. For example, the Patriots have already had six players -- including starting right tackle Marcus Canon, linebacker Donta Hightower and safety Patrick Chung -- inform the team that they won't play in 2020 because of coronavirus concerns.

There are new players being added to that list daily. Thursday, Nate Solder, the Giants' starting left tackle, informed the team he isn't playing this season.

The Steelers haven't had a player opt out to this point. As he's done in dealing with the entire season to this point with OTAs, minicamps and other offseason programs canceled and the changes that have come to training camp, Tomlin remains ready to adapt.

"I haven't spent a lot of time trying to anticipate individual opt-outs," he said. "Those are very personal, and we're very respectful of those. We'll just deal with them if and when they arrive."