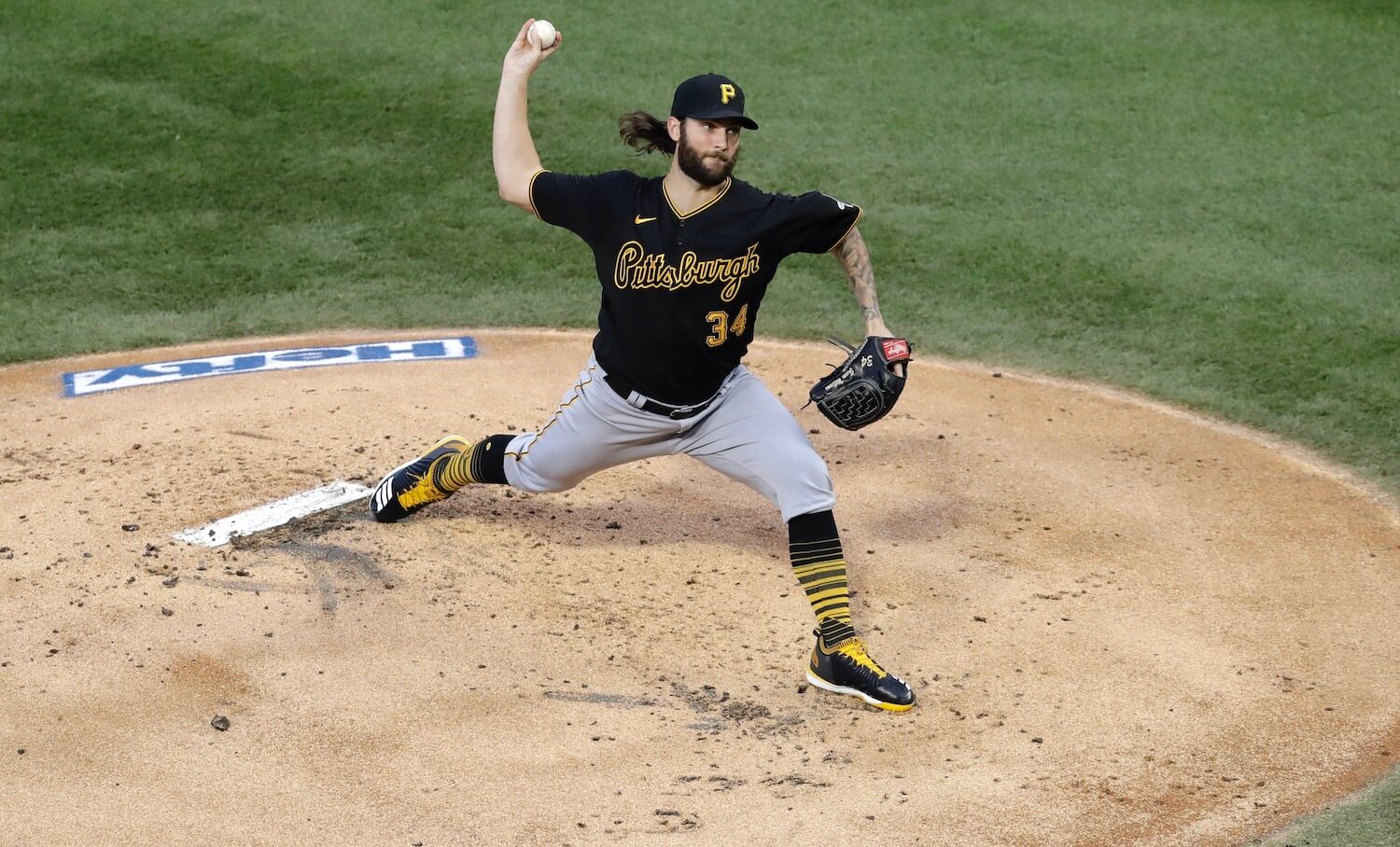 CHICAGO -- Trevor Williams had backed himself into a corner, and it was all his doing. The pressure was high. He couldn't afford to make another mistake.

After walking Kris Bryant and hitting Anthony Rizzo with a pitch, he came off the mound to field a Javier Baez drag bunt. He stumbled a bit getting to the ball, and while it looked like Baez would beat out the hit, he went for the play at first base anyway.

It was the wrong decision:

"I didn't get a good grip on it," Williams said after the game. "Should I have eaten it? Probably. Hindsight, probably."

Now the Pirates are down 1-0 with runners on second and third and one out. If this snowballed on him, it would decide the game in the third inning.

But Williams stepped up, getting Kyle Schwarber to strike out swinging on a slider in the dirt:

And then getting Willson Contreras to do the same:

After getting out of the jam, Williams was, understandably, amped:

I'll let the lip readers of the world decode exactly what was said there. Shouldn't be too hard to figure out.

Contreras knew what was said, and took exception to it. So he and Williams jawed off for a bit:

Yeah, that was pretty easy to catch what Contreras said. He thought what Williams said was directed towards him, or at least took exception to it.

Nothing came of this. Both players went back to their dugouts and the game went on like normal. There was just one minor change: The artificial crowd noise in the stadium went up a tick.

So would the two have heard one another under normal circumstances?

What Williams and Contreras both said was pretty normal. Guy makes a big pitch and celebrates. The batter goes back to the dugout, wanting the pitcher to just to shut up.

But those exchanges aren't usually heard by the other player. So while fake crowd noise drowned out that dialogue for broadcasts, it wasn't loud enough for those on the field.

"It's competitiveness from both sides," Williams said when asked about what happened. "It's going to happen a lot this year with no fans. You're going to be able to hear a lot more of on-field talk. It's just the competitiveness of both sides.

"He's a great player, great competitor, and, yeah, it's competitiveness."

This isn't the first incident like this so far. Last week, Derek Holland was tossed from the extended dugout for mouthing off at an umpire. This time, though, the Pirates didn't follow the incident with a rally.

Maybe there's a lesson to be learned here: Voices carry in empty stadiums.