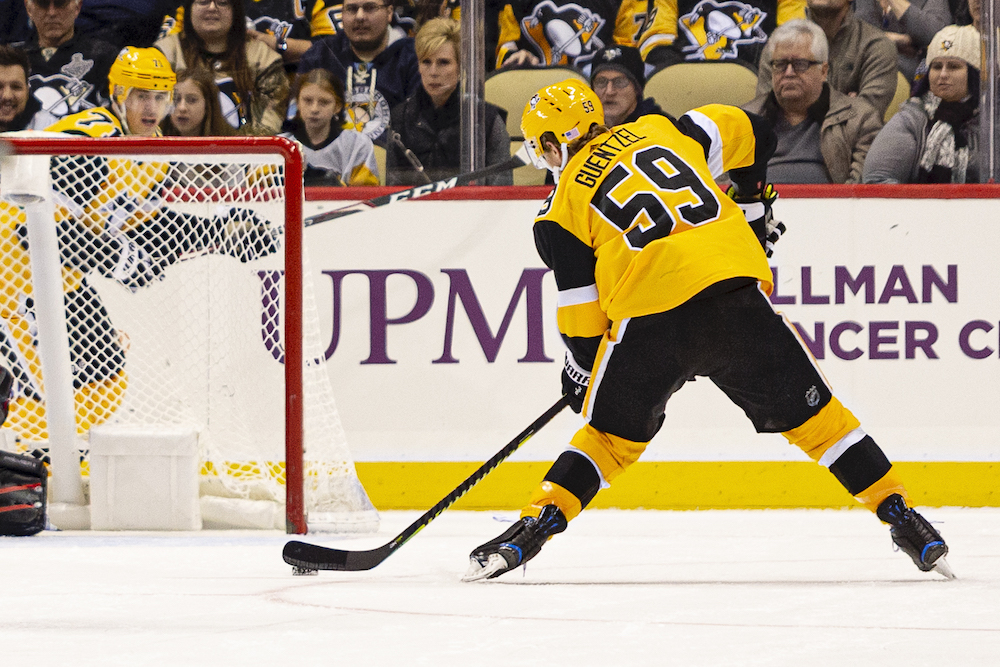 This was Jake Guentzel, shortly after the Penguins beat the Blackhawks, 3-2 by shootout, on this Saturday night at PPG Paints Arena. And he was describing for me that delicate moment when the puck reaches his blade off a pristine pass, he's facing a mostly open net that basically feels like the broad side of a barn, and everyone everywhere expects it's about to be a goal.

Let's set the scene: It's late in the second period. Chicago's scored both goals. The home team's either blowing chances or "giving up more odd-man breaks than we had all season," per Mike Sullivan's bluntness later, and it's all pretty bleak.

Until Evgeni Malkin revved up the engine, burst to the outside by the Blackhawks' Slater Koekkoek, and curls a pass back into the low slot for Guentzel ... and that big 'ol barn:

See, from this perspective, this has been these Penguins' most perplexing problem through 17 games: They create chances, even glorious chances like this one, and they don't properly bear down. Or worse, they don't bother shooting at all.