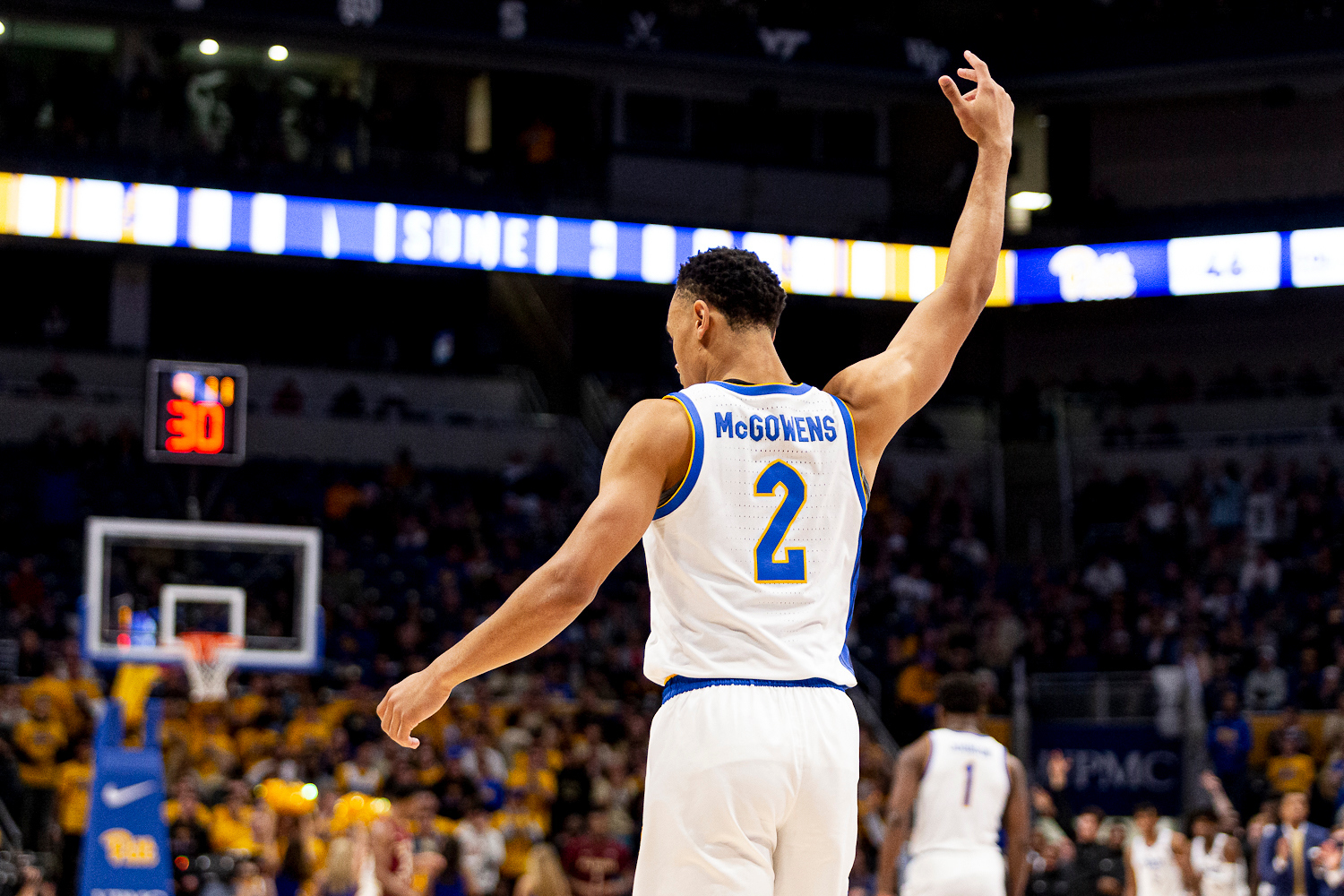 "They haven't played as well as they're capable of playing in the first two games. I mean, that's the reality."

Jeff Capel didn't need to mince words when discussing the play of star sophomores Xavier Johnson and Trey McGowens Monday inside the Pete. Nobody who's watched this year's Panthers take the hardwood can dispute that sentiment. Through two games and a 1-1 record, Johnson and McGowens have combined for 43 points on 37.8 percent shooting, while averaging nine turnovers combined per contest.

Yeah, they're capable of much, much better.

Most recently, in the team's 75-70 loss to Nicholls State on Saturday, Johnson fouled out, and McGowens was particularly sloppy, repeatedly forcing the issue and pressing to make one-on-one efforts instead of working within the flow of Capel's offense. He went 0-for-4 from deep and just 2-for-3 from the line — both of which must improve as the team prepares to head west on I-376 Tuesday evening to face Robert Morris at the brand-new, $7-million, 4,000-seat UPMC Events Center.

"I think they've tried, but they just haven't — at times, I think, it's hard to break a habit," Capel said when I asked him about Johnson and McGowens. "And I think for them, last year, they had to do so much. There was so much on their plate, and if they didn't, then we really didn't have a chance to win."

Capel's right, of course. Last year, the dynamic freshman duo of Johnson and McGowens was the reason to show up and watch a Pitt basketball game. Along with Capel, those two inspired hope for the future, and throughout the summer, the word on the street was a positive one: They're making strides. They're stepping up as leaders. They're ready to ascend to the next level.

“Those guys have had growth," Capel was saying of McGowens, Johnson and Au'Diese Toney ahead of the team's season opener against Florida State. "They’ve had big-time growth, and hopefully it shows up in production … Vocal in practice, in huddles. They’ve done all of those things.”

Not so much ... yet. To Capel, it comes down to this: They need to let last year go. Set it free. The circumstance was different, and the team dynamic was nothing like it is this year. Now, it's up to Johnson and McGowens to adjust their playing style accordingly. The rest will come.

"I think we have a little bit more this year, so at times I think they've pressed in the first two games and they've tried to make things happen," Capel continued. "And I think it's hurt them, and I think it's hurt us a little bit. So getting them to trust more, to slow down a little bit and to be stronger — both mentally and physically — and to just play and stop thinking so much [will be crucial]."

Robert Morris is 0-2 — including a 92-57 blowout against Notre Dame on Saturday — but, I mean, you all saw that Nicholls State game, right?

Riding high off the gritty, electric win in opening-night conference play, Pitt came out flat on Saturday and couldn't overcome the Colonels' attack. Let's be clear here: "Couldn't overcome the Colonels' attack" is not something that should be said about this Pitt program. It was unacceptable for a squad looking to make a real run at postseason play. Capel was disgusted by it all, and he's emphasized one thing leading into the team's showdown vs. Robert Morris: It can't happen again.

"What we've talked about over the past few days — it actually started after Florida State — but just the sense of urgency of every day, the importance of every day, and the seriousness of college basketball and what it takes to be a good team — and a good player," Capel was saying. "And it's every day. You have to show up every day at a high level. That means concentration, that means your work, that means your attention to detail. You have to show up to play every day. It doesn't matter if it's Florida State or Florida Atlantic."

If Capel can successfully ingrain this ethos, that's when the magic can happen.

"As a program, if we can get to the point where the young people in our program understand every game's the most important game because we're playing, then we'll have the chance to have the type of program that we all say we want to have," Capel said.

Make no mistake: That starts with Capel and the coaching staff, but it extends directly to McGowens and Johnson. They were expected to lead this team on and off the court, and that hasn't changed. They are the squad's top talents, and they'll need to play and act as such moving forward.

Tuesday night inside a packed house 30 minutes west of home in front of the ESPNU camera crew seems like a decent place to start.