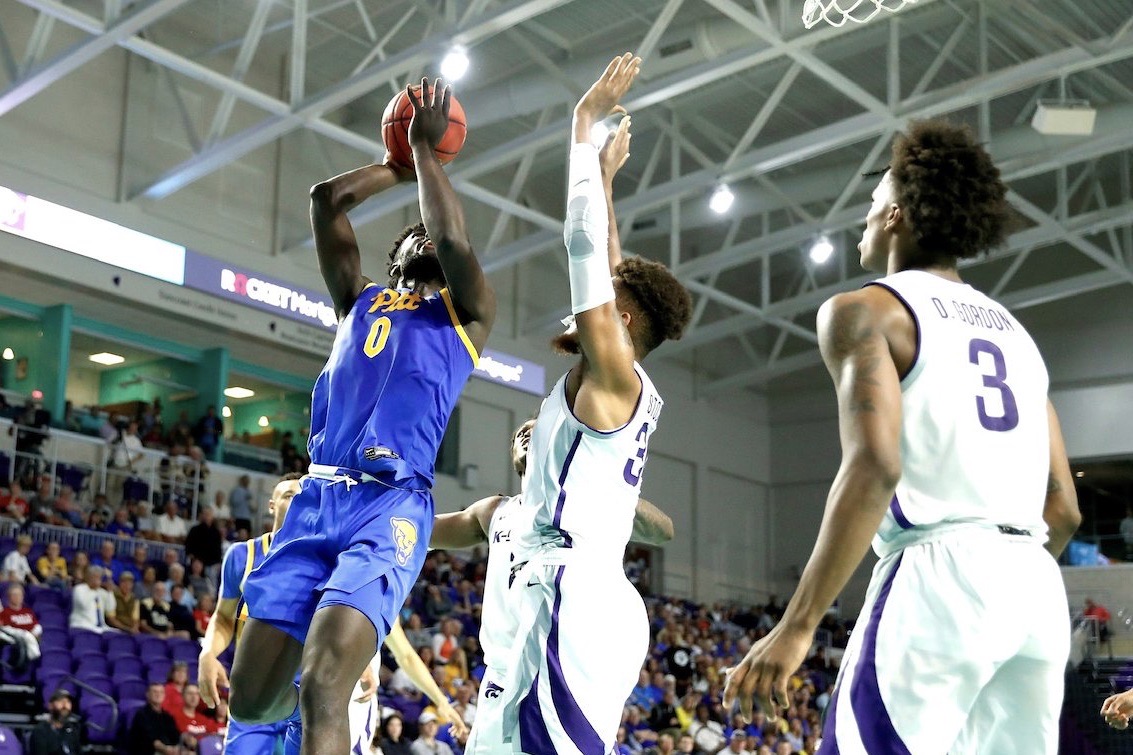 Those shortcomings were painfully apparent, though, and each could have normally cost a team a game by themselves. They committed 21 turnovers. They shot 1-16 from 3-point range. Only two assists.

And yet, with 11 seconds remaining, Xavier Johnson was able to give Pitt the lead with a bucket off the glass:

That right play was the 13th lead change of the half, and after getting a stop via a Mike McGuirl charge on the other end, they completed the upset over the Wildcats, a team that has won 25 games each of the past two seasons.

"I'm very, very proud of our guys," Jeff Capel said. "I thought they showed a toughness and a grit ... I thought we showed toughness, togetherness and resilience."

Not to overshadow toughness, grit and resilience, but it was togetherness that might have been the difference Monday. While that is cliched, there was a collective energy among the group Monday. The bench was animated, teammates were quick to celebrate a bucket or stop.

Words are good, but actions are better, and Johnson had such a moment. With the Panthers up 61-58 with the clock winding down, the Wildcats took the ball down the court, looking to attempt a three. Instead, Johnson purposefully fouled Cartier Diarra, putting him at the line for two, virtually clinching the win. The personal significance of that foul was it was Johnson's fifth, taking him out of the game.

Capel has been preaching togetherness all season long, and he saw more of it Monday than he had recently.

"We talked over and over with our guys about how much they need each other," Capel said. "... All of them have strengths they bring to our team. They have to embrace those and not try to think about other things that they think they can do, or maybe an outside voice that's telling them they can do.

Capel believed he saw that togetherness in the first game of the season but felt they had drifted since then. That his team started thinking they were better than they were and might not need everyone.

A couple of losses changed that.

"Getting punched in the mouth a little bit and not playing well brings you back to reality," Capel said.

The team got the message.

Ok then, Johnson. Do you think the Panthers would have won this game a couple weeks ago?

"No," Johnson said. "I actually think the thing that has changed with this team is that we genuinely love each other. Before, coach told us we're just a group of individuals, but now I think we qualify as a team."