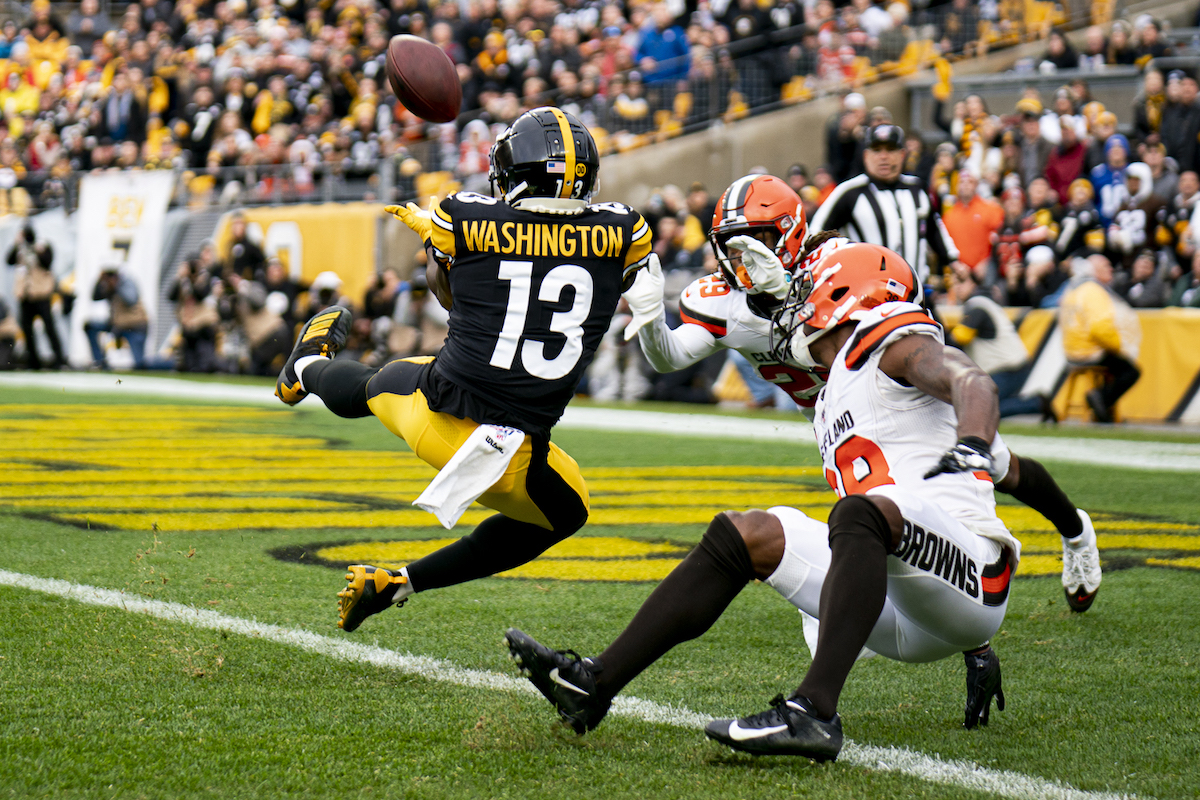 That was Benny Snell, erstwhile author of 'Benny Snell football' and anything but the timid type. And that, per his memory, was what he shouted into the huddle late on this wintry Sunday afternoon at Heinz Field as he and the rest of the NFL's most ravaged offense --one in which the rookies, replacements and rejects legitimately outnumber the remaining veterans -- prepared to set sail.

Even knowing what we know now, with the Steelers having bounced the Browns, 20-13, for their biggest blast of 2019, I'll swear that the feeling from that setting is still no different: The far end zone might as well have been the Point Fountain. A handful of minutes showed on the clock, the lead was down to a single score, and the top quarterback, running back, wide receiver and center were missing. Snell himself, like the quarterback who'd hand him the ball, never ranked higher than fourth on the depth chart back in Latrobe.

So there they strode, up to that hash ... and they were flagged for a false start.

What, who thought this'd be easy?

That pushed the spot back another few inches, and the 99 1/2 become 99 3/4. Everyone reset, emerged anew from the huddle. And when one fourth-stringer, Devlin 'Duck' Hodges, planted the ball into the belly of the other fourth-stringer, this occurred:

And executed elegantly enough that, to be honest, I could watch it on an endless loop. Especially the part where David DeCastro, the only true standout still standing on this offense, strays forward for a TKO of Cleveland linebacker Mack Wilson. Engages forcefully, then manhandles him off to the left.

"I'm not going to lie: That felt good," DeCastro would tell me. "That's one of those good blocks you remember."

He wasn't alone. As Hodges observed, it was "a great hole there," because Matt Feiler got his block, too. As did B.J. Finney. And Ramon Foster. And Zach Banner, with his punctuated by a playful downfield leap.