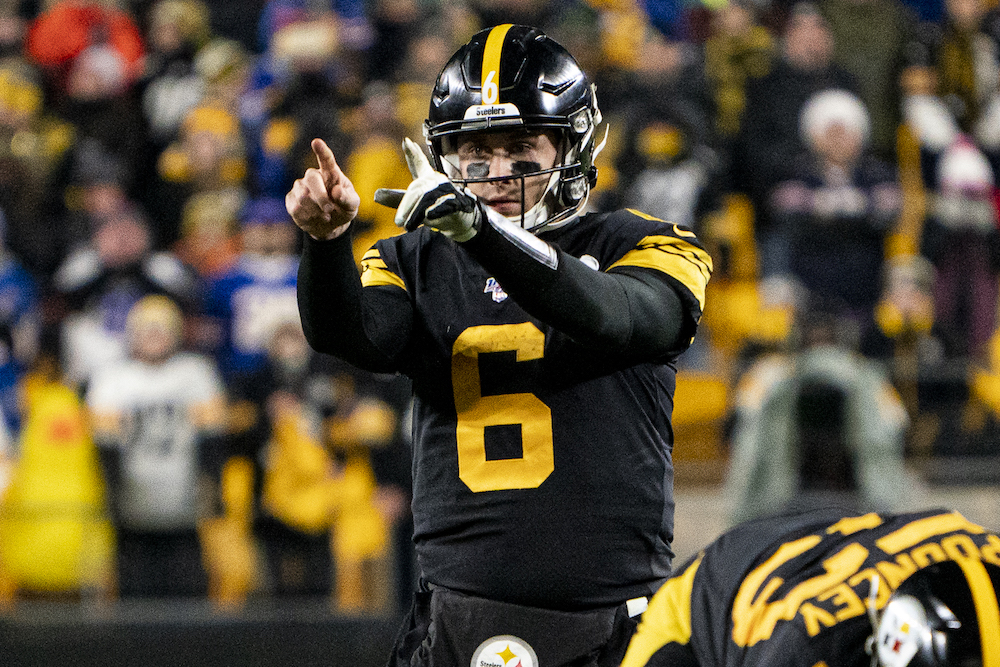 That's what David DeCastro called it in our conversation a couple weeks ago in Cincinnati, and I'll be damned if he didn't deliver the sharpest description of these Steelers' surreal season. It's all been a $100 bill picked up off the sidewalk. A found treasure. A bonus blessing with every week that comes with actual playoff contention.

We can all agree on that much, right?

OK, so why is it, pray tell, that I can summarize within a single sequence this 17-10 loss to the Bills we all saw Sunday night at Heinz Field?

Yeah, you know the one:

Ugh. And if only that were isolated.

That up there is the quintessential Randy Fichtner oh-no-I've-lost-my-Ben-Roethlisberger play call. It's a minus-2 throw to Johnny Holton. It stays miles outside the middle of the field. It involves zero thought and even less courage. It's basically risk-free.

Except for this: It risks burning through all this house money in a reckless hurry.

Credit the rest of the NFL with a big assist this weekend, since everyone else the Steelers needed to lose did exactly that. The only realistic challenger remaining are the Titans, and they close out with the Saints and Texans, neither of which they're likely to win. The Steelers, who hold the tiebreaker on Tennessee, close out with the terrible Jets and the Ravens, and the latter will be resting a ton of regulars, including Lamar Jackson, in what'll be a meaningless game for them.

One win of those two, and the deal is sealed. Again, it'll get done.

So why not make every attempt to squeeze everything possible from this Cinderella setting?

Here's what bugged me the most about this whole scene here: The Steelers continued to demonstrate that they have an elite defense, a couple down drives aside. To be sure, they have the very best individual defensive player in T.J. Watt. And within that, theoretically, they'd be a threat to ruin anyone's Sunday in January. It'd take an upset against almost any opponent, but the root of most upsets is the turnover, and these guys are kind of all right in that regard.

There's already a ton of talk locally about how awesome it'll be in 2020 when Roethlisberger returns and teams up with this defense for a complete powerhouse. And that's fun, I'll agree.