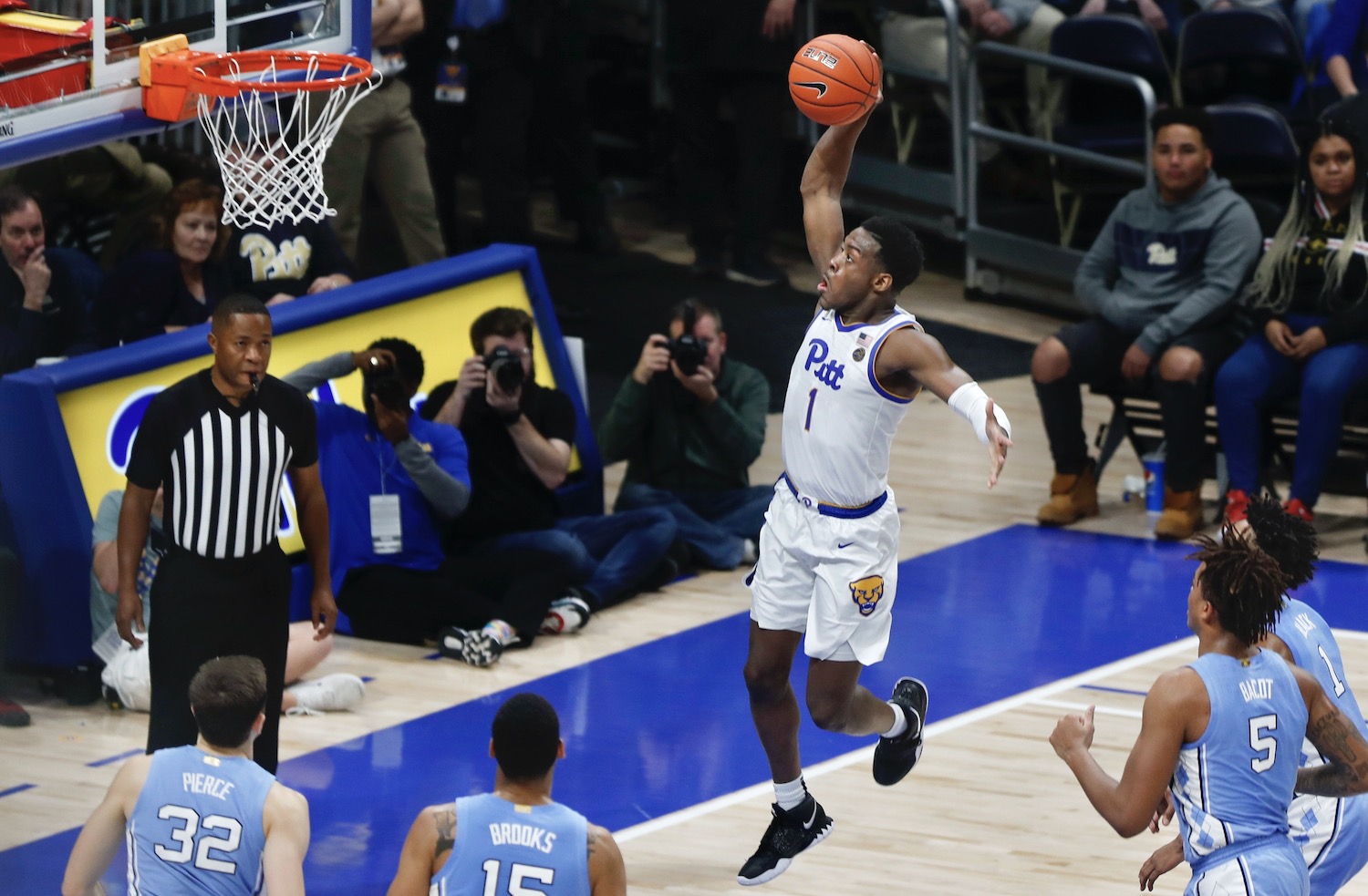 Raise your hand if you thought Pitt would sweep its season series against North Carolina this year.

If your hand's up right now, your nose is a little longer, too.

Expectations be damned, Pitt just crushed the Tar Heels, 66-52, Saturday at Petersen Events Center, following up on a 73-65 win over North Carolina just 10 days ago down in Chapel Hill, N.C., to complete the season sweep.

"North Carolina is one of the great programs in the history of college basketball, and any time you get a chance to sweep them is a pretty special thing," Jeff Capel was saying after the game. "It was something that we don’t take for granted. We knew we had to work for it."

And even though Capel — all entangled in Duke Blue Devils roots as he is — undoubtedly understands the significance of wiping out the Tar Heels twice in one season, he immediately flipped that context back to the here and the now. It's not just about North Carolina. It's about the Pitt Panthers and where they're going.

"I don’t know the last time this program has swept someone in the conference, so that’s another thing," Capel said. "I don’t know the history, but I know it’s been a while and that was something we talked about this morning when we got together for shootaround."

And that fact, perhaps more than anything, plays right into Capel's thoughts and plans. There's work to be done here. This isn't the summit. Hell, base camp's still visible if you squint. Going 2-0 over the "least gifted" North Carolina roster of Roy Williams' tenure — his words, not mine — doesn't warp the bigger picture.

That said, let's chew on some first-half stats:

"We needed a win, and I thought we played really, really well in the first half, got off to a great start," Capel said. "I thought the energy in the building was outstanding, and [we are] really grateful to the fans, especially the students in the Oakland Zoo for their energy, their passion. I thought we fed off each other."

When you're up 20 and things are going smoothly, it's human instinct to "play it safe," as Capel would later put it. Pitt let North Carolina climb back into this one, narrowing the lead to 10 with 1:49 to go. That's not ideal.

Great teams punish — and they punish until the final buzzer sounds. On the other hand (I'll let Johnson and his team-leading 20 points tonight explain):

Capel told the team to keep its "foot on the gas," but when the scoreboard holds a steady, massive lead, it's easy to cheat and to slow down and to put just a little less effort into that loose ball.

Nothing I can say will even approach the magnitude of Capel's comment on this, though. He spent nearly two minutes breaking down the difference between "good" and "great" and explaining what "greatness" really means after this contest. It's a long clip, dear reader, but I highly recommend you watch and listen:

“I think ‘great’ is the most overused word in sports," Capel began. "You hear people talk, ‘Oh, they’re a great team.’ Or after a game, somebody will say, ‘Oh, they’re a great team.’ There are very few great teams. And there are very, very few great players. ‘Great’ is different. I’ve been around great. The guy that I played for and I worked with is one of the greatest. I’ve been around great players in college. I did stuff with USA Basketball, so I’ve seen it. And it’s different. The way they think is different. The way they approach stuff is different. And I think it’s learned. I think the guys that are really great, they’re constantly trying to learn and get better.”

That's all about basketball, but it doesn't need to be. Apply the message to your everyday life, and it still fits perfectly.

Think that's the guy you'd want to lead a group of young men toward a lofty goal?