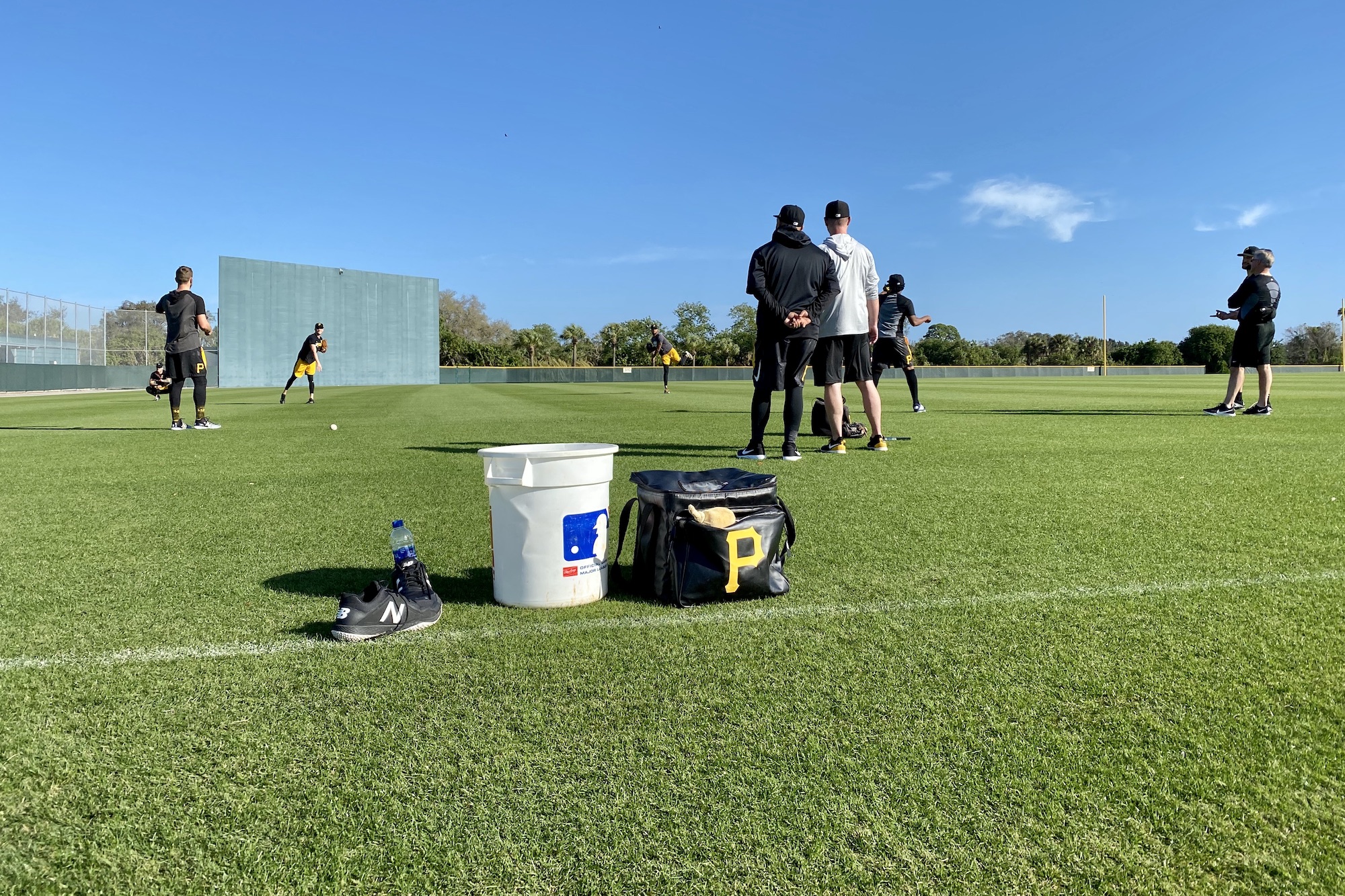 BRADENTON, Fla. -- For all that went so awfully awry for those 2019 Pirates, there were two wonderful surprises and one very welcome outcome:

And no, I'm not ready to let that last one go, even if much of Pittsburgh's fan base apparently has flipped from that glimmer of hope that accompanied Bob Nutting ripping up his front office to ... you know, payroll, payroll, payroll. Because there remains nothing more pivotal that could've been resulted from that second fiasco. It's a blessing beyond words that Frank Coonelly and Neal Huntington are gone, never mind that more mature, more accomplished replacements were found in Travis Williams and Ben Cherington.

Between those moves and the additional replacement of Clint Hurdle with Derek Shelton, there's a bona fide new vibe around this team, whether that's felt yet by all of us on the outside or not. I've known so many of the good folks within this organization for much of my adult life, and it's rare to hear them speak with such optimism, such energy.

It's been, as one of those hardy souls recently told me, "A breath of fresh air."

Make no mistake, that's what was needed almost as much as all the tangibles. Love them or loathe them, Coonelly and Huntington had been in place for a dozen years, Hurdle for a decade. That's a long, long tenure in any professional sport, much less one that wrought little more than one spectacular night at PNC Park.

They needed to go. They're all gone. And that's still the single most uplifting event for this franchise since Johnny Cueto dropped that ball.

Look, go right ahead and fuss over the $50.1 million payroll. I won't blame you. It's laughably low, and the only way to justify that is for Nutting to someday pony up when it's most needed. And since he failed to do that following the 2015 season, he hasn't earned that benefit of the doubt.

He's assured me he'll do that. But this has to be about action.

In the interim, though, since this clearly isn't any such time, and since this is the day pitchers and catchers begin reporting to Pirate City -- right around 9 a.m. -- I'm finding myself thinking a lot more about 2020 and a lot less about how payroll will look in a couple years.

Specifically, I'd love to once again see two wonderful surprises and, through that, one very welcome outcome.

See, Cherington isn't rebuilding. He just isn't. I know there's a clamor for that term to be used, but it flat-out doesn't apply for one simple reason: The oldsters don't have to be replaced by youngsters since there really aren't any meaningful oldsters in the fold.

That's what a rebuild is, by any reasonable definition.

The oldest position player Cherington inherited was Starling Marte at age 31. Marte complained publicly that he wanted away from the Pirates because he'd hoped to contend elsewhere, and Marte was traded for two prospects and enough international bonus cap space to add a third.

That's not a rebuild.

The oldest pitcher Cherington inherited was Chris Archer, who's a month older than Marte. If and when Archer rights himself -- and he showed signs of that last summer -- he'll be traded, too. Take it to the bank.

And when that happens, that won't be a rebuild, either.

Because the rest are all young enough to be part of what's coming next. Which, contrary to common perception, doesn't need to be timed with the age of the prospects recently acquired. It just needs to be about using each move, each step toward making the 40-man roster -- and, of course, the system as a whole -- more in tune with actual contention than it was before. And that, in turn, requires adding pieces that come with real upside, high ceilings.

I've been told what's above by a bunch of people inside the Pirates regarding rebuilding, not least of whom is Cherington himself, and I'm buying it.

Let's talk Tucker. He's 23, he's athletic enough to stick everyday at short, he's maybe the most enthusiastic individual on the planet and -- to the one worry -- he slashed .211/.266/.361. That's obviously nowhere near good enough. And he knows it.

But there also were times last summer where he looked completely comfortable at the plate, like he belonged, and that's where he's placed his positive vibes this offseason.

"I'm so excited," Tucker was telling me, beaming, on the eve of this reporting day. "I mean, I took everything that I learned and experienced last year, bottled it up, digested it and, just, I've been working and learning and growing throughout the offseason. I'm really excited to get going in spring training, just show these guys what I got."

But he also pitched at a dominant level in spurts with 65 strikeouts rooted in wipeout stuff.

"I know what didn't go well, but I also know what did go well," Keller told me. "What I've got to do is take both of those, learn from them and come back stronger. I honestly think that everything I experienced as a rookie was really valuable for me."

Kid can really pitch. Just needs to put a couple pieces in place.

If Tucker does so, then Newman can slide to second base, which probably is a better fit for his range. If that happens, Cherington can float Adam Frazier as a trade piece to enhance other areas or, again, the system.

If Keller solidifies, he'd make sudden sense of the rotation, alongside Archer, Trevor Williams, Joe Musgrove and Steve Brault. He'd also represent the beginning of whatever the next wave would become. And here again, now Cherington can float Archer from a position of greater potential strength.