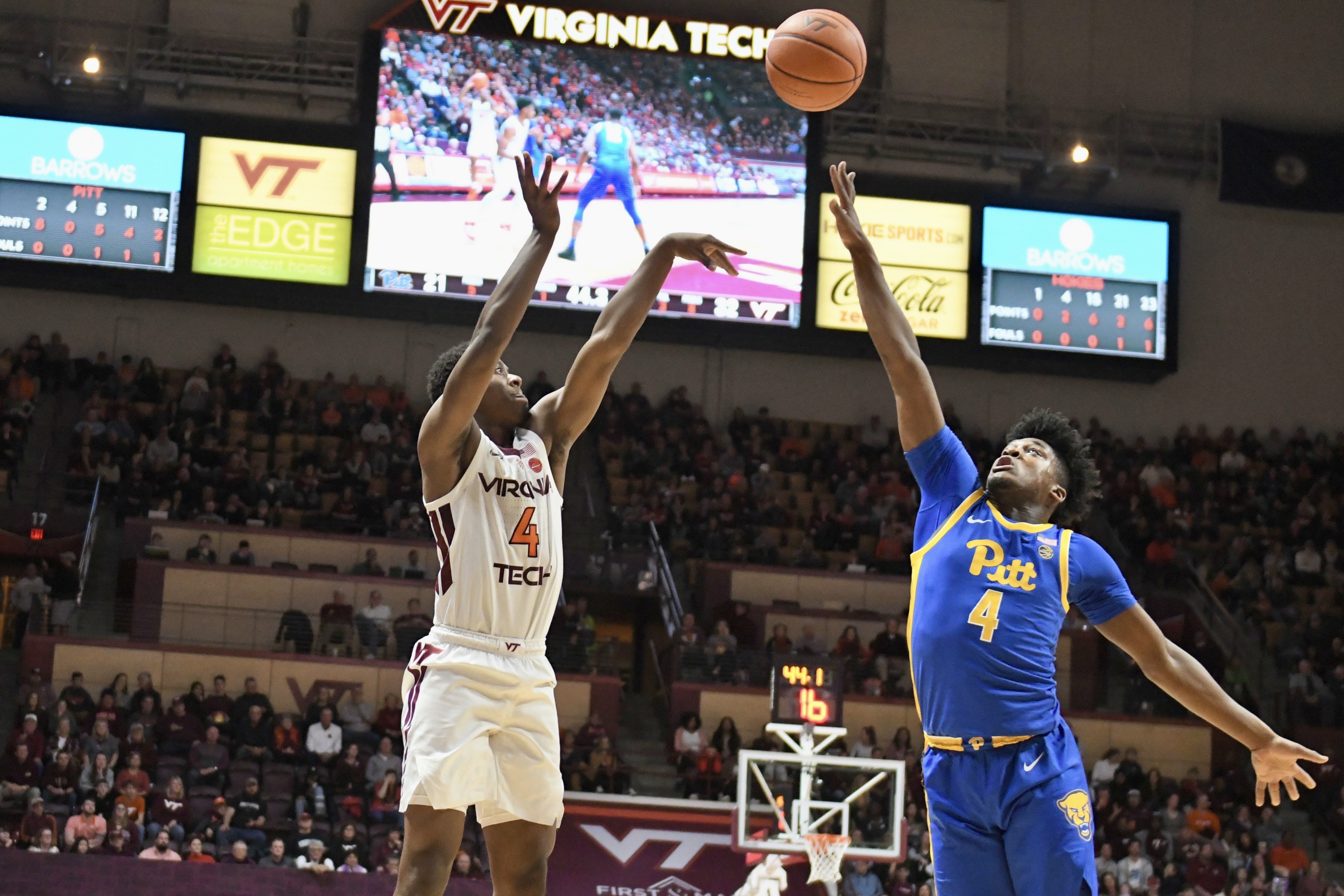 BLACKSBURG, Va. -- These Pitt Panthers need to pull off the road, guzzle some fuel, rest and recover.

That message was stamped all over the team's 67-57 loss to Virginia Tech on this Saturday night at Cassell Coliseum. Run the timeline, and it all becomes understandable: Pitt played Saturday, Feb. 8, squeaking out a win over Georgia Tech at home, then lost Wednesday night, again at the Pete, this time to Clemson.

That latter contest featured a 9 p.m. tipoff, meaning any work Thursday was out of the question. Friday, the team had to practice and to learn and to grow from their mistakes ... but they also had to take it easy because, you know, there's a game the next day, on the road against Virginia Tech.

"It's tough," Jeff Capel was saying at the podium after this game. "... We try to be smart because we want to try to conserve energy for the games, but again, this is the grind part of the season, and we have to figure it out."

The thing about conserving energy is this: Pitt plays again on Tuesday, this time in Tallahassee, Fla., against No. 8 Florida State. That rest stop is going to have to wait.

"There's not much we can do in terms of practice, physical stuff tomorrow because we play Tuesday at 8," Capel said.

Making matters worse for the away team, Virginia Tech just enjoyed a week off, last playing Saturday, Feb. 8, at home against Boston College. They lost that one, bumping their losing streak to five.

“We played against a team that was rested, that was hungry," Capel said. "They lost five in a row, so you could feel the sense or urgency. There was incredible energy in the building.”

All that added up to this for Virginia Tech: 12 made threes, a 20-3 first-half run, a 19-point lead with 13 minutes to go and a lengthy losing streak snapped. A refreshed squad, if you've forgotten, looks a little something like this:

That's a runout. Nothing fancy there: Just one team deciding to kick it up, push the pace and get a bucket. Or, put another way, a team with some gas to spare.

“It’s really frustrating because we don’t have, like you said, we don’t have that break like most teams have," Au'Diese Toney was saying outside the visitors' locker room. "Like coach said, they’ve been off, they haven’t played since last Saturday. So a lot of teams get a lot of space between games, but you gotta just recover."

Now, understand this: These 2019-20 Pitt Panthers don't go quietly. This isn't about "giving up" or "quitting." When Virginia Tech widened the lead to 19 midway through the second half, Pitt pushed back with a fury, narrowing the deficit to six with three minutes to go.

If that sounds familiar for this team, it should. They've done that time and again this season in wins and losses alike.

"We show we can get up off the mat and fight back," is how Capel put it.

Thing is: Fighting back isn't enough, not when the tank's approaching "E" and miles of asphalt stand between you and the next fill-up. It's one thing to be mentally strong — which this Panthers squad is, to a degree that can't be questioned at this point, after this many comeback bids.

But it's another thing entirely to try to make a play when your legs don't respond. No, literally:

With that, Toney shrugged, and the interview was a wrap. Toney wasn't even mad. He's a polite, soft-mannered individual off the court — completely opposite that of his fiery, aggressive nature on the court.

This post-game chat, though, felt different. Toney seemed almost relieved that it was all over inside Cassel Coliseum, that the trip back to Pittsburgh was going to give him and his teammates what they need most: A chance to close their eyes and escape.

They better make the most of it. Tuesday will come quickly.