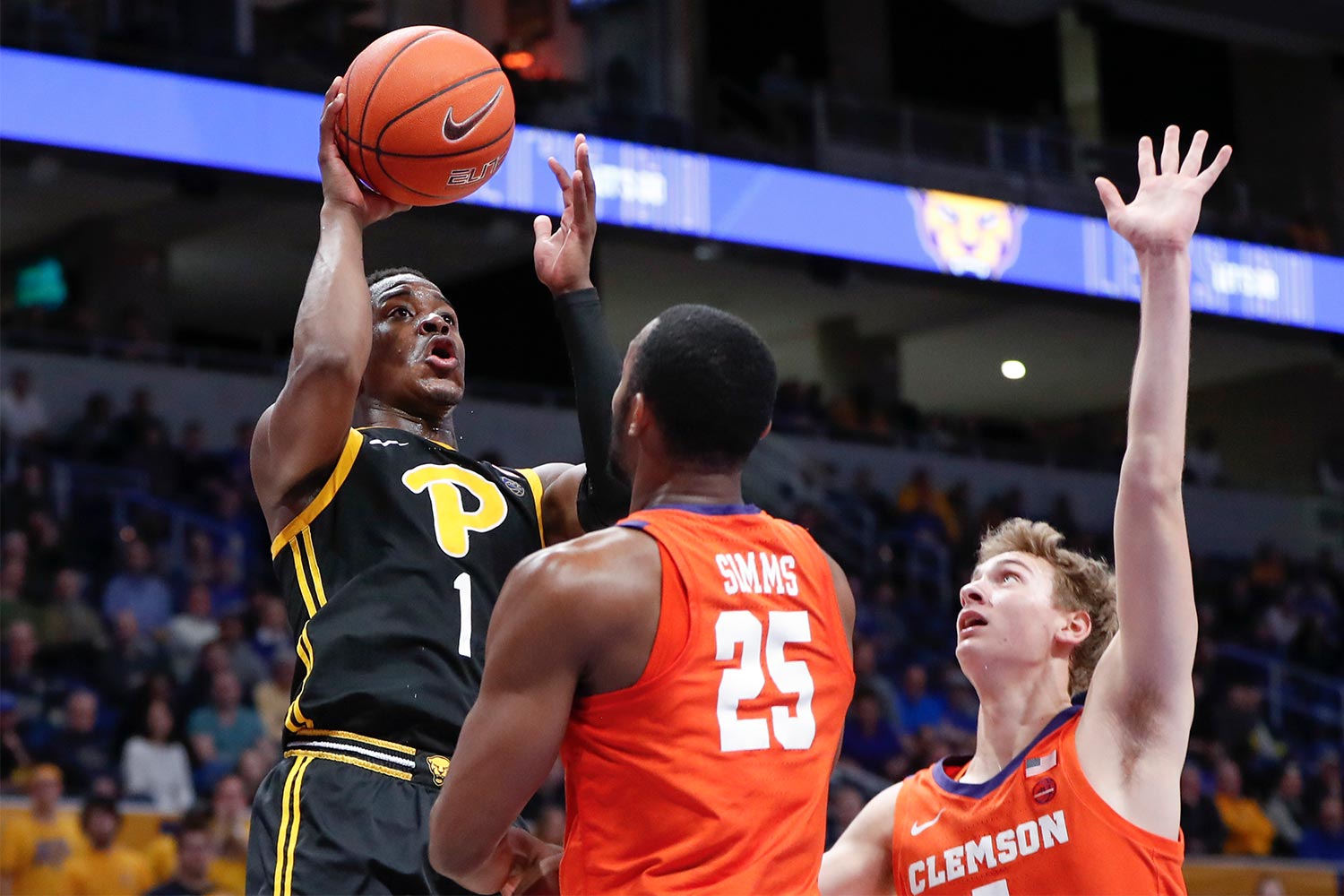 Jeff Capel huffs into the microphone at the podium. He inhales deeply and shakes his head, shuffling in his seat. There's a grumble. He reaches for a bottle of water sitting an arm's length away, but he's not thirsty.

He just needs something to squeeze.

It's Capel's birthday, Feb. 12, on this cold, wet Wednesday night at Petersen Events Center, but there's no party. There's definitely no cake nor candles. His squad just lost — no, his Panthers were just destroyed by Clemson, 72-52, snapping a four-game ACC winning streak at home and sending them packing, tails tucked and spirits crushed.

Now, Capel's smiling at the stand. But nothing's funny. This is a smile born from disbelief.

"We should’ve learned from Nicholls State in November, the second game [of the year]," Capel was saying.

He's referring, of course, to his team's propensity for squandering momentum. Pitt opened its 2019-20 season with a massive win at home against Florida State (a team that is now ranked No. 8 in the nation, if you were curious) then lost to Nicholls State in Game 2. So when the Panthers beat Georgia Tech on Saturday to improve to 15-9 and to bump their ACC winning streak at home to four ... Capel could feel it.

Maybe he didn't want to admit it or embrace it, but he sensed lingering defeat.

“A little bit. I did [notice it]," Capel said. "We won Saturday and obviously it was a big win, a good win for us, and just the energy in practice wasn’t what it needs to be as we’re going forward. I thought we played tired. I thought we looked tired. This is the time of the season where you are tired, but we have to be able to push through.”

Yeah, they didn't exactly push through. Justin Champagnie led the team with 11 points, and Au'Diese Toney chipped in 10, but after that, it was all single digits for Pitt's scorers in this one. They shot just 31 percent (15 for 48) as a team, including 4 for 14 (29 percent) from three. Making matters worse, they were out-rebounded, 35-29, and they barely won the turnover battle — something they've dominated this year — 14-11.

"We gotta learn how to come off a win and be hungry for more," is how Champagnie put it.

And yet ... You gotta just take a look at the other side and tip your cap sometimes. Clemson came to play. They'd just lost three straight games, and they were hungry. They were motivated and out to prove something. Pitt wasn't. Pitt was content.

Want a visual representation of just how "not there yet" this Pitt Panthers team is?

If you root for the blue and gold, watch the following gif at your own risk:

That's Clemson channeling the 2015-16 Golden State Warriors from beyond the arc. The Tigers entered this game shooting 29 percent from three in conference play (and 31 percent overall) but tonight? Tonight, the floodgates were opened from the jump. They finished 13 for 22 (59 percent) from deep, a ridiculous, improbable, unrealistic, impossible clip.

I'm not just piling on adjectives here to try to be like Stephen A. Smith, friends. This kind of shooting just doesn't happen. Even Clemson's own coach, Brad Brownell, admitted it when I posed a question after the game:

"These games are ... they don't always have a lot of reason," Brownell began. "I mean, it's kind of a bad-luck thing for Jeff and those guys that we shoot this well. We’ve had a lot of good shots in other games, and we don’t make any of them. We’ve had guys on other teams that shoot great against us and we watch them the next day and they can’t make a shot. Sometimes there’s just no rhyme or reason for it. Sometimes it’s just, guys get in a good place and your team starts making a couple and it gets a little bit contagious.”

Tonight, it was a full-blown viral infection possessing these Tigers. Al-Amir Dawes sunk 4 of 7 attempts from deep, while Tevin Mack went 3 for 3. Freshman Alex Hemenway got in on the action, too, going 2 for 2. In all, seven different Tigers made at least one three. Sure, there are adjustments Pitt could've made defensively:

"It was some breakdowns defensively, allowing middle penetration, which forces help," Capel was saying of his opponent's hot shooting. "They made a lot of shots, obviously, but I do think a lot of it had to do with breakdowns in our defense."

"They executed. Look … they played really well, so we should really congratulate them. They did a lot of good things," Capel finished.

It's nice to be able to explain away a loss, to drill down into those finer points and say, "A-ha! That's what they should've done!"

But you just can't do that with this one. Pitt got slapped around from start to finish at both ends of the court Wednesday night. Aamir Simms bullied them in the paint for 12 points, four rebounds and five assists, while the rest of the Tigers struck early and often.

"They just came out hungry, ready to play, because they just came off a three-game losing streak," Champagnie was saying. " ... We came out here a little bit lackadaisical and just going through the motions, and it came back and it hurt."

Sorry about the timing of it all, Mr. Capel. Forty-four can only get better from here.