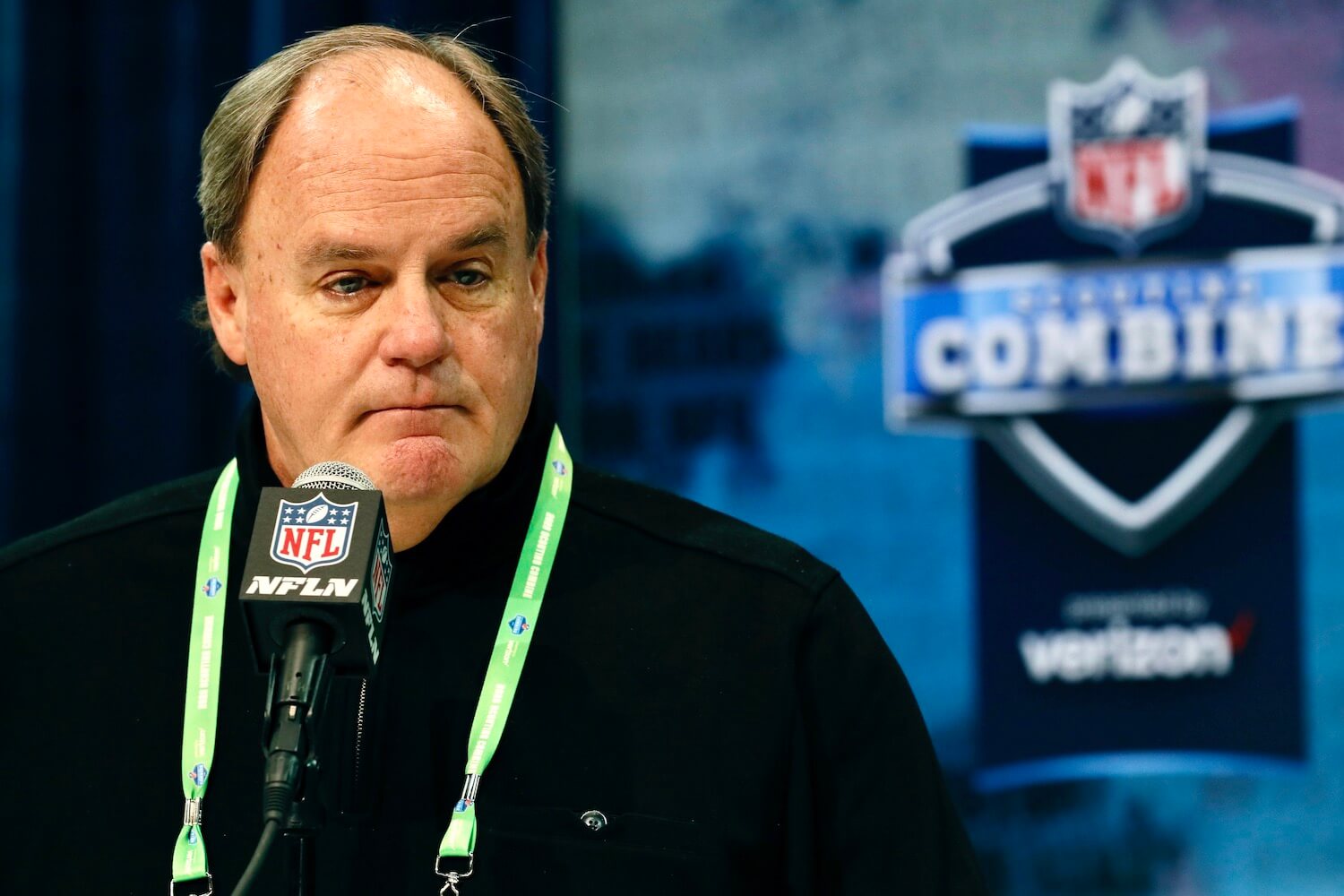 Despite some general managers asking NFL commissioner Roger Goodell to move the draft back on Tuesday, the league is moving forward with plans to still hold the event April 23-25.

Even though Colbert, his scouting staff and the team's coaching staff can't meet with prospects or attend pro days, none of the other teams are able to do so, either.

And Colbert said he told his staff -- to steal a phrase from Mike Tomlin -- the standard remains the standard when it comes to the draft, despite the lack of last minute information from pro days and private meetings.

"I reminded our staff that since the beginning, with the changes in our rules, the 1974 draft that the Steelers conducted when they ended up with five Hall of Famers," Colbert said Wednesday in a video interview on Steelers.com. "They put together the best draft in NFL history and they didn’t have pro days. They didn’t have combines. They relied on what they thought those guys were as football players."

The Steelers have six picks in this year's draft and are without a first-round selection after shipping that to the Dolphins last September in the deal to acquire safety Minkah Fitzpatrick, but Colbert and company are working hard to assess this draft despite that.

And they've been doing so from their homes the past week.

"Prior to us having to leave the offices, our IT department and our video department did a good job of making sure we could conduct meetings from our homes," Colbert said. "We have all the information that we have available to us. We have the video we need to discuss in these meetings. Really, it’s like we’ve been in the draft room the past two days. We’re just working from our homes. We’ve had two productive meeting days."

NFL teams are not permitted to bring prospects in for private visits, but they can do video chats or calls with players. Those, however, aren't the same as the pro day visits, where Tomlin and Colbert typically take a prospect -- or several prospects -- out to dinner to get to know them better.

"We value the pro day, to be able to get up close and to meet a player, watch him work out, meet his family and all of those sorts of things," Colbert said. "That part has been taken away from us. We’re not alone in that endeavor. All the teams in the NFL are going through it the same way.

"This is an unprecedented situation. None of us can say we’ve been through this before because we haven’t."

It didn't keep the NFL from conducting the start of the new league year last week. That also kicked off free agency, and the Steelers made a number of moves, including placing the franchise tag on linebacker Bud Dupree, signing fullback Derek Watt, tight end Eric Ebron and offensive lineman Stefen Wisniewski and trading for Ravens defensive lineman Chris Wormley.

Not all of the moves have officially been announced by the team yet -- Ebron, for example, still has to pass a physical -- but will be eventually.

And, at least for the time being, that will be all the moves the team makes.

"I think we’re up against it pretty good," Colbert said of the salary cap. "We made a lot of anticipated moves we wanted to make. Unfortunately, we had to make some subtractions from the roster. Can we make some additional moves? Sure. But, I don’t want to say that we’re out of business, but we’re satisfied at this point. At this point, I would say we’re on pause."

Now, it's all about the draft preparation.

"The coaches, the scouts, everybody has been working together to stay ahead of the draft preparation that’s necessary," Colbert said. "But obviously, we’re doing it under the constraints our government has mandated us to do."