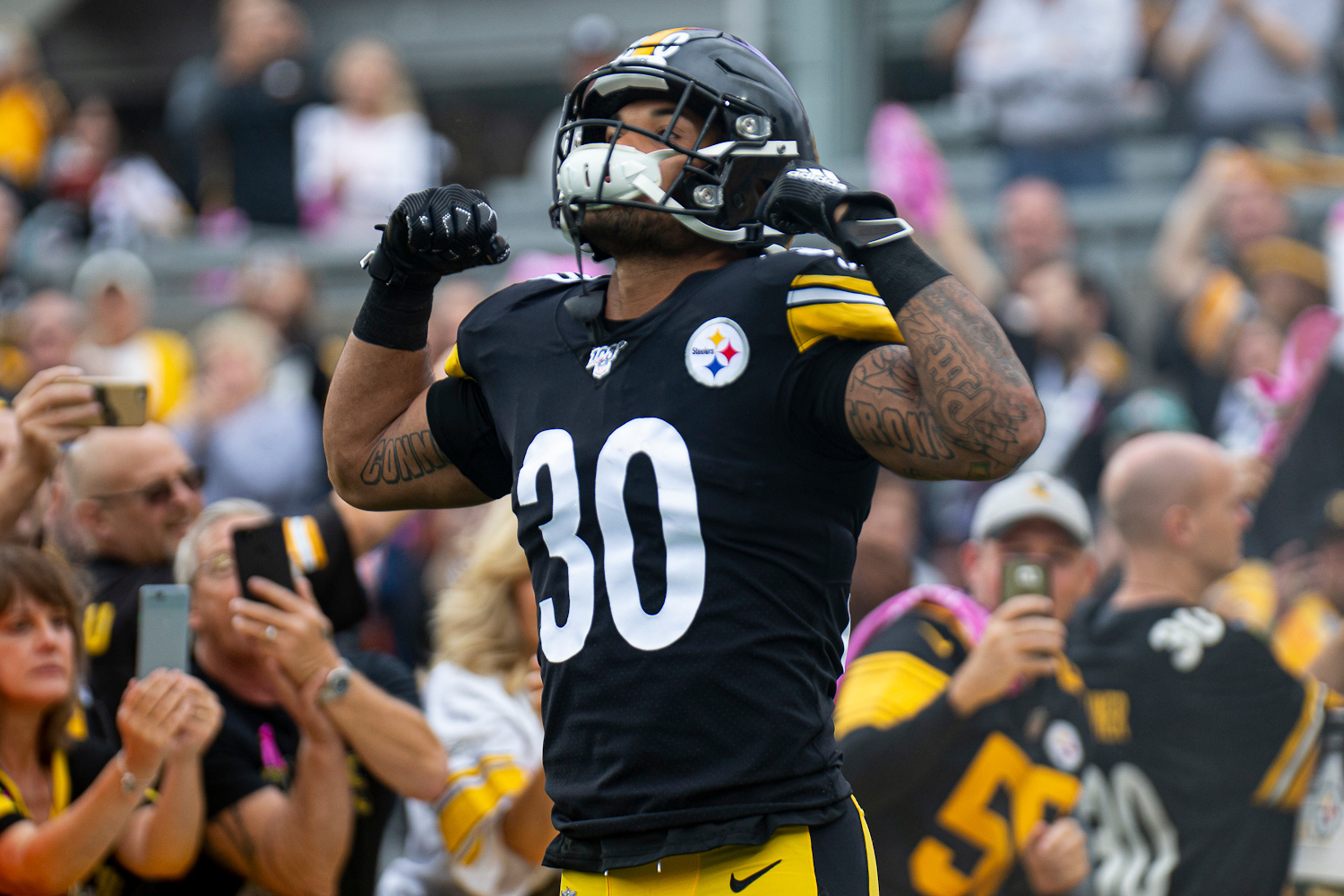 It's a big day for Steelers running back James Conner. Saturday, May 23, Conner, 25, sent the following tweet, celebrating four years free of cancer:

Thank you God 4 years cancer free today... Having cancer doesn’t define you, your mindset does. Keep fighting keep positive.. Saying a prayer for those who are still fighting during these times.. “ it started with hope” ... 🙏🏽

Conner's cancer diagnosis came back in 2015 in a simultaneously unfortunate and fortunate series of events. As an All-ACC runner at Pitt, Conner looked primed for a huge 2015 campaign, but he tore his MCL in the team's season opener against Youngstown State. While rehabbing from that injury, Conner suffered additional, unrelated complications, and doctors diagnosed him with Hodgkin's Lymphoma.

“The doctor told me I had a week left,” Conner said during a mid-July episode of the You Know What I Mean? podcast with Mike Stud. “He said, ‘You got about a week. If you [don’t] get this treated, you [have] about a week at the rate it’s growing.'”

From there, Conner underwent various treatments and rehabilitations, eventually earning the cancer-free badge May 23, 2016. He went on to earn All-ACC honors for Pitt again during the 2016 season before being drafted in the third round of the 2017 NFL Draft by the Steelers.

While Conner did not play much in his rookie campaign — he sat behind a historically productive back in Le'Veon Bell — he got his opportunity as a sophomore when Bell held out the entire season in a contract dispute.

Conner seized his opportunity, rushing for 973 yards and 12 touchdowns with an additional 497 yards and another score through the air. That performance earned him a Pro Bowl nod, but Conner couldn't replicate the success in 2019 as the Steelers' featured back. He was hindered by knee and shoulder injuries throughout the season, appearing in just 10 games in which he was limited to 464 yards.

Now, entering the final year of his rookie deal with the Steelers in 2020, Conner needs to bounce back and prove himself worthy of an extension. In a recent interview with Adam Schefter, Conner maintained he's prepared to do just that.

“My expectation is to win at all costs,” Conner said. “I’m so motivated for this season. I’m looking forward to it. My expectations are to control everything I can control and just put it together and have a good year. When I’m out there on the field, I’m one of the best in the game. So I know what my work ethic is. I know what my faith is. I’m just going to go out there and play football like I know how to do and like I’ve been doing."