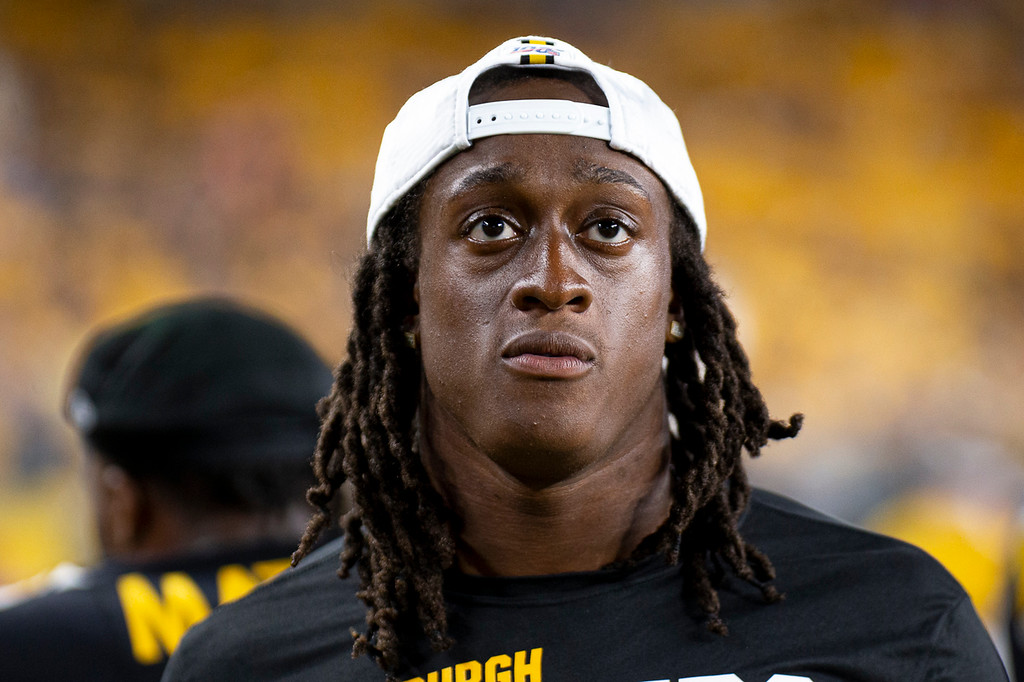 With Bud Dupree having finally reached his potential in 2019 and Artie Burns no longer in the starting lineup, it seems Terrell Edmunds has become the new target of disgust among Steelers fans.

Such is the life of being a first-round draft pick in Pittsburgh.

Edmunds was the third safety selected -- behind now-teammate Minkah Fitzpatrick and the Chargers' Derwin James -- in the 2018 NFL Draft, when he was taken 28th overall. It was a somewhat surprising pick, as many pre-draft prognostications had him as a second-round pick at best. And some continue to bang the drum regarding what they feel was a "reach" by the Steelers to take Edmunds.

Fact is, none of that matters now. Edmunds has been the Steelers' starting strong safety in each of his first two seasons, rarely missing a snap.

But what should the expectations be for Edmunds heading into his third season in the NFL?

The play of defensive backs can be somewhat difficult to judge. Often times, too much emphasis is put on turnovers forced, which, while certainly important, aren't the be-all, end-all for the position. After all, the best defensive backs are the ones that force the quarterback to throw the ball elsewhere because they had their man covered.

However, you'd also like to see Edmunds get his hands on more passes. He was the only member of the Steelers' starting secondary to fail to record an interception in 2019 and will enter 2020 with one in his first two seasons.

But he's also not the "bust" some are already starting to tag him.

Let's take a deeper dive into his career thus far.

As mentioned, perhaps one of the best ways to measure a defensive back's play is how often he's targeted by opposing quarterbacks. If he's considered a weak point, you'd better bet NFL quarterbacks and offensive coordinators will figure out ways to exploit that.

In that regard, Edmunds holds up reasonably well. He was targeted with 50 passes thrown his way in 2019. That ranked 17th among NFL safeties, which doesn't sound great until you consider he didn't miss any time.

Fitzpatrick, his running mate on the back end of the defense, was targeted 32 times in primary coverage. But, as he noted earlier this week, opponents began avoiding him like the plague in the second half of the season, playing things safe against the Steelers.

This is where Edmunds needs to get better. He most certainly isn't targeted as much as some other safeties, which suggests his coverage is typically pretty good.

But when the ball is in the air, he needs to do a better job of making plays on it. In two seasons, he has just seven passes defensed and the one interception.

He allowed 36 completions on his 50 targets in 2019, a completion percentage of 72.0. That ranked as the 14th-highest among safeties in the league.

That sounds like an extraordinary amount, but while it's certainly on the high side of things, it's not out of the norm for safeties around the league. They're typically attempting to defend tight ends, who have a distinct size advantage.

Reid, for example, allowed a completion percentage of 77.1 percent in 2019. Collins, who signed a six-year, $84-million free agent contract to join the Redskins last season, was at 70.1. Vaccarro was at 71.7 percent. Malik Hooker of the Colts was at 76.0 percent.

Even Fitzpatrick, as good as he was in 2019, allowed a completion percentage of 62.5 percent, which is right around the league average for quarterbacks.

Of the receptions Edmunds with which he was charged with allowing, four went for touchdowns. Again, that's a number you'd like to see be lower, but it's nowhere near the lead among safeties. It tied for 12th most among safeties.

Ahead of him on that list included Reid, who led all safeties with eight allowed, tying the Browns' Damarious Randall, who gave up the same amount despite playing in just 11 games. The Giants' Antoine Bethea allowed seven on just 40 targets, while the Saints' Marcus Williams gave up six on 39 targets. Collins, the Bills' Jordan Poyer and Houston's Justin Reid were among those who allowed five.

In terms of touchdowns allowed by the Steelers, Bush and Haden (five each) allowed more. Fitzpatrick also was credited with allowing four.

Part of the reason for so much angst surrounding the Steelers' selection of Edmunds was because so many other safeties had been mocked to the team in the run up to the draft that season. And the Steelers hadn't hidden their desire to acquire a safety, meeting with the likes of Jessie Bates, Justin Reid and Ronnie Harrison, among others.

Fitzpatrick and James are on their own level. Both were selected long before the Steelers made Edmunds their pick.

But at the time, the Steelers envisioned moving Sean Davis to free safety, and Bates and Justin Reid are both playing free for their current teams, the Bengals and Texans. Harrison was drafted in the third round by the Jaguars.

How do Edmunds' numbers stack up against those players?

Bates allowed 30 completions on 48 pass attempts (62.5 percent) in his coverage last season, giving up four touchdowns. He also had three interceptions, but as a free safety, playing largely in a two-deep scheme, he's facing the quarterback more often than not. Bates also had 100 tackles, but he missed 17, giving him a missed tackle rate of 14.5 percent, something that was a concern for him in the draft process given his slight stature.

Reid, as mentioned above, allowed five touchdowns in 2019. Opponents completed 29 of 47 passes (61.7 percent) and he had two interceptions. He had 77 tackles, missing nine, a missed tackle rate of 10.5 percent.

Harrison, who broke into the starting lineup in 2019, had 70 tackles and eight missed tackles in 14 games, compiling a miss rate of 10.3 percent. He was the best of the group in coverage, allowing 21 completions on 38 attempts (55.3 percent) and just one touchdown.

As for Edmunds, as mentioned above, he allowed 36 completions on 50 pass attempts, a 72.0 completion percentage and four touchdowns. But he also led the group with 105 tackles, missing 11 for a whiff rate of 9.5 percent that was the best of the foursome.

Edmunds is certainly not a star. But he's not the bum some make him out to be, either. In fact, give him a couple of interceptions, and perhaps the perception of his play changes entirely.

He can and certainly will get better as he continues to gain experience. Two of the touchdowns he allowed in 2019 came in the first two games when he was playing with Kameron Kelly and Davis at free safety.

In those first two games, Edmunds allowed nine completions on 11 pass attempts in his coverage -- working against Tom Brady and Russell Wilson.

With Fitzpatrick, things improved, as he gave up 25 completions on 39 attempts the rest of the way, a completion percentage of 64.1 percent, which is more in line with the league average.

He needs to get better with the ball in the air, and perhaps that will never improve. But given the improvement seen with Fitzpatrick playing next to him, there's certainly hope.