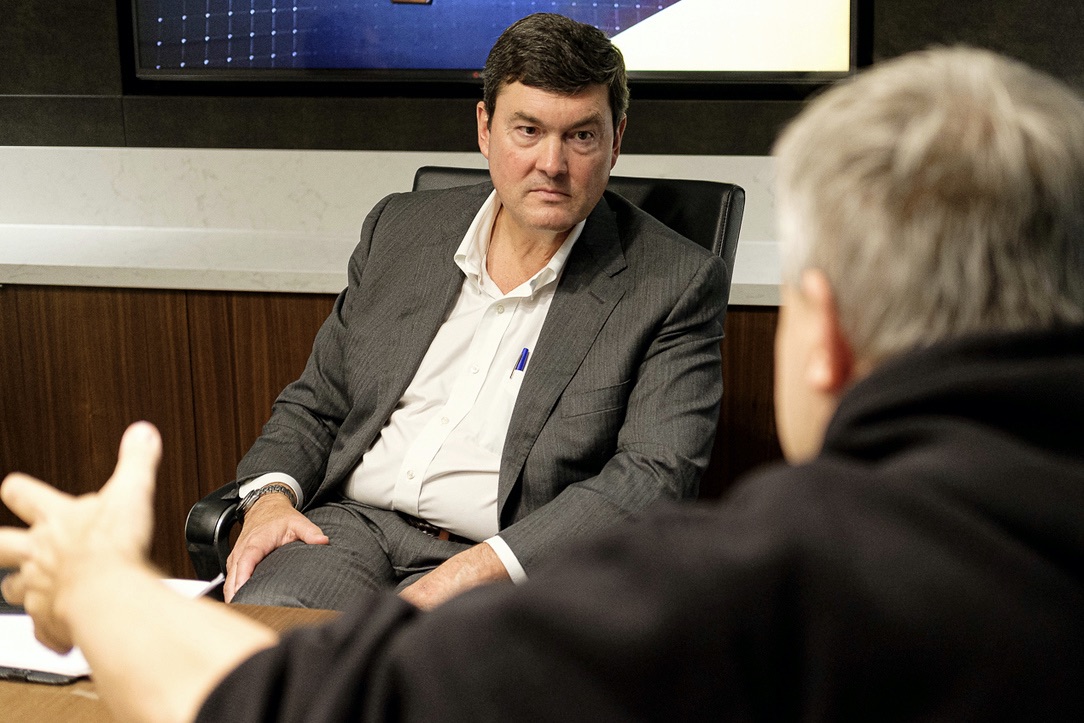 It's time to speak up. To stop being silent.

No, I'm not going there again today. Sticking to sports 'n at.

And yet, in the spirit of the moment, combined with the state of Major League Baseball's ongoing labor talks, I'm moved to ask this: Why won't Bob Nutting and, by extension, his Pirates openly advocate for a salary cap?

No single victory could conceivably mean more to the franchise and its beyond-frustrated fan base. There'd be no more big markets, small markets, payroll this, payroll that, cheapskate this, billionaire that. It'd all go up in flames the instant the ink dried on any agreement that involved a cap.

First, let me bury a couple myths, and these aren't easily buried, so pardon the obnoxious use of all-caps:

As I repeat again and again to readers who raise this, there's never been a cap system in sports without a floor. The NFL, NHL, NBA, Major League Soccer ... you name it. A cap means a floor. There's never a reason to even mention a floor.

Everyone will. Because every cap system also comes with expanded revenue sharing. Currently in baseball, there's some revenue sharing, notably all national TV money, all online properties, all merchandise. It's a healthy chunk of change, but it's nowhere near as much as the other leagues share. Chief among those in baseball would be local TV money, which would be a must in a cap system.

Or they'll at least come so close it won't matter.

It's roughly a $20 million difference in both cases, which is virtually nothing when weighing that some teams genuinely might not have that caliber of players, or it might not fit with the way they're building their roster in a given season.

OK, all clear on the particulars now?

Good, so let's get back to the goal.

A month ago in this space, I applauded MLB's owners for putting forth -- well, actually, willfully leaking it to select New York-based media -- a proposal that called for the coming coronavirus-shortened season to be worked out through revenue sharing. Meaning however much money these games would generate, it'll be split evenly between owners and players.

In my headline, I called this both transparent and awesome.

Predictably, it was only the former to the players' union. Rob Manfred and the owners were hoping, as I wrote at the time, to lob a single grenade to warn of future advances. And boy, did that grenade cause an explosion. Because Tony Clark, the union and de facto lord of all baseball money things Scott Boras howled to the moon and back.

"A system that restricts player pay based on revenues is a salary cap, period," Clark complained at the time.

But in case anyone thought I'd stretched the interpretation of all this as some greater signal: Tom Ricketts, the owner of the Cubs, granted an extraordinary interview yesterday with ESPN's Jesse Rogers shedding light on subjects that tend to stay dark with most ownerships.

Among his revealing quotes was openly defending the revenue-sharing proposal as "something other leagues do."

Oh, my. Anyone familiar with baseball history knows that neither subject is ever to be broached. Not revenue sharing, because that's a cap. And definitely not what other leagues do, since baseball and its union both tend to see themselves -- arrogantly -- as above or outside the rest of the sporting realm.

Ricketts went further with this.

"They create a sense of partnership with the players because a rising tide lifts all the boats," he said of revenue sharing. "It's always been considered something the MLBPA doesn't want to go for because they see it as a salary cap. They're clear on that. I don't agree. If it's done right, it can give incentives for the players and the owners to grow the game. It could be part of the next CBA if people are willing to discuss it."

No, it's not. This is an extraordinary time, in our country and in sports. Baseball needs to play. And to the credit of all concerned, it's now looking likely that both sides will hold their collective noses and have a deal within a week.

But "in the long run," to quote Ricketts, all balls are in play. Because the broader labor agreement runs out after 2021 and, for the first time in the game's history, there are people in power daring to mention the unmentionable.

That's not coincidence. And it's not going away.

Show me a no-cap sport where most teams are losing money, as will undoubtedly be the case in 2020 and maybe into next year, and I'll show you a sport that's headed toward a cap. That's precisely what happened 16 years ago to create the cap in the NHL. Owners were fed up, Gary Bettman banded them together, held them together through a lockout, lost a season along the way ... and got his cap and then some.

I write this all the time, too, but it's never about the union, always about the owners. They control everything.

So, in light of all of the above, what's Nutting had to say toward helping his team achieve what'd be its greatest victory in decades?

Short answer: Nothing I can see.

Longer answer: Very little that I can hear, either.

I've brought up a cap with Nutting on several occasions, including back when it was unthinkable. And each time, he lapsed back into his standard stance of being a good soldier for whoever the commissioner was at the time, going so far as to praise either Bud Selig or Manfred for their stewardship.

You know, of an unfair economic system that's crushed the Pirates for the better part of three decades.

This past November at PNC Park, in a sitdown interview, I asked Nutting and new CEO Travis Williams to speak to this. I began by noting toward Williams, "You’ve been part of a labor issue that turned out to be very successful for the NHL’s owners," then proceeded to ask both, "Here, it’s always felt like the Pirates have just fallen in line with whatever it is Bud Selig or Rob Manfred wanted. Can the Pirates be one of these teams that say, ‘Hey, this isn’t fair. This isn’t right?’ Can the Pirates fight a little?"

Then came the good stuff about the commissioner: "At the same time, I believe that we have excellent, competent leadership at the commissioner’s office. I think Rob really does a good job. I think Dan Halem really does a good job, and they do their best to represent the totality of the game. Finding that balance as well is one that won’t be done publicly, but needs to be done effectively. Again, as we’re heading into this next era of Pittsburgh Pirates baseball and next era of labor negotiations at the commissioners office, we need to make some progress because we will never use market size as an excuse. We will never use payroll as an excuse."

He concluded: "As you’ve seen in the past, there’s not a huge amount of room that we can simply turn the faucet back on raw payroll dollars. We can reallocate and maybe need to really rethink how we’re allocating internally. All of those issues are on the table. All of those need to be a collaborative, forward look with, hopefully, the commissioner’s office, other smaller markets and doing what’s in the best interest of the Pittsburgh Pirates."

Sorry, but that won't cut it. And that's not at all a representation of what's actually in the best interest of the Pittsburgh Pirates or their fan base. It's not remotely close to representative. People here are furious. Yeah, most of it's directly at Nutting, fair or not, but there's no shortage left for MLB's absurdly imbalanced system that favors a few markets and leaves the rest dry.

I know he can see that, can feel it.

I also know he and Williams and everyone else at 115 Federal would be the happiest people in town if a cap system ever were applied. Because the Pirates would have the same chance as everyone else and, for the cynics among you, yeah, they'd actually have a better chance at bigger profits and greater franchise value.

Think about it: The more baseball grows in more markets, Pittsburgh included, the greater the revenue pool. I know it was growing before this, but there were enough scary signs, especially declining TV ratings and diminished attendance, that the trend was working the wrong way. More hope equals more fans equals more money for everyone, not just the Yankees, Red Sox, Dodgers and Cubs.

Oh, I mentioned the Cubs again?

Right. That's Ricketts' team. And it means a ton that one of the sport's bigger spenders was the one who vocalized what all owners should be doing. Because, to repeat, this is what was needed in the NHL. Nothing was going to happen until the Rangers, Red Wings, Maple Leafs and Canadiens were brought aboard.