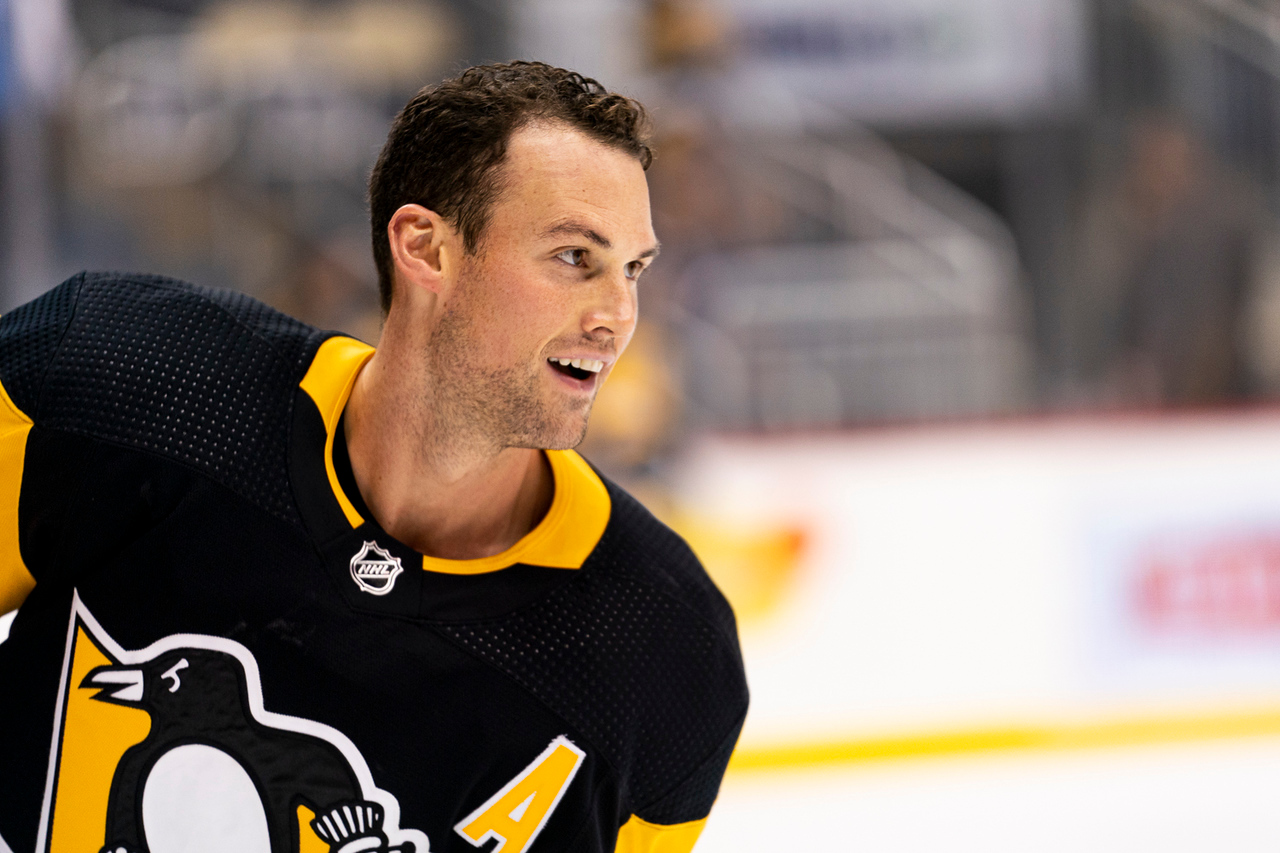 Part 2 in a series

Brian Dumoulin's game -- or, more to the point, his contribution to the Penguins' success in recent seasons -- is not easily measured by statistics.

Not the most popular ones, anyway.

He is a defenseman whose game is built on a foundation of solid play in his own end. Dumoulin can -- and does -- occasionally get involved in the offense, and generally is fairly comfortable and effective when he decides to, but he has ascended to a spot on the Penguins' No. 1 pairing primarily because of his work in his own end.

So while his career offensive numbers -- 11 goals and 71 assists in 347 games -- would represent a pretty disappointing season's output for teammates such as Sidney Crosby and Evgeni Malkin, they aren't the ones that reflect his value.

The one that does it best is his average time-on-ice; at 21:03, he plays more in a typical game than any teammate except his defense partner, Kris Letang, which reflects the confidence Mike Sullivan and his staff have in Dumoulin.

There are, however, no widely circulated stats that capture Dumoulin's responsible and reliable defensive play, which allows Letang to take an occasional offensive gamble, or that track how he moves the puck quickly and effectively to his forwards, letting them quickly take play into the other end of the ice.

A few common stats, such as hits and shots-blocked, can provide a bit of insight on how Dumoulin executes his duties, but for the most part, trying to portray his play with numbers is a nebulous pursuit.

How he will react to stepping directly into the Penguins' best-of-five qualifying round against Montreal after the NHL's extended shutdown because of the coronavirus pandemic is difficult to predict -- especially when Dumoulin had just returned for five games after missing 37 while recovering from a severed tendon in his ankle -- but it probably helps that hockey sense and instincts are such important parts of his style.

That's not to suggest there isn't skill involved in, say, throwing crisp, accurate outlet passes, but knowing where to be in the defensive zone -- and when to be there -- is among Dumoulin's greatest strengths. That quality is more the by-product of experience and a feel for the game than the kind of split-second timing and spontaneous creativity on which skilled forwards rely at times.

With the Penguins' next competition being that play-in round against the Canadiens, here is a look at Dumoulin's basic stats -- goals, assists and plus-minus rating -- and noteworthy events from his first five games in each of the past five regular seasons:

It's hard to imagine now, but Dumoulin had the least ice time of any Penguins defenseman in his first three games and never got on the ice in any of them while the Penguins were shorthanded. However, his playing time rose from 13:42 in the opener to 17:15 in the fourth game, when he got his first penalty-killing work. He was credited with four blocked shots (two each in Games 2 and 5), but no hits.

Dumoulin's workload spiked compared to the start of the previous season, as he played 25:46 in the opener against Washington. He had a big statistical night in Game 3, a 4-3 overtime loss to Colorado, with three hits and four blocked shots, but his ice time (17:27) and plus-minus (minus-3) bottomed out during a 4-0 loss in Montreal the next night.

He was securely established as a big-minutes defenseman by this time, averaging 20:52 or more in each of the first five games. Dumoulin never had more than one hit or one block in any of the first five games, but his plus-minus was skewed in an unfortunate direction by his minus-4 during a 10-1 loss in Chicago in the second game of the season.

Dumoulin got his offensive game going early, picking up a pair of assists in a season-opening 7-6 overtime victory against Washington. He played an uncharacteristically low 16:07 that night but nearly doubled it during a 4-3 shootout loss to Montreal in Game 4, when he had two hits and four blocked shots.

Although the Penguins fell flat in Game 1, a 3-1 home loss to Buffalo, Dumoulin clearly was into it, recording four hits and three blocks. He was even more physically involved in the fourth game, a 2-1 victory against Anaheim, as he was credited with five hits to go with one block.

Share
Tweet
Email
Live Qs at 5: Taylor’s answers on hockey
Conner: ‘I’m not playing … not to get hurt’