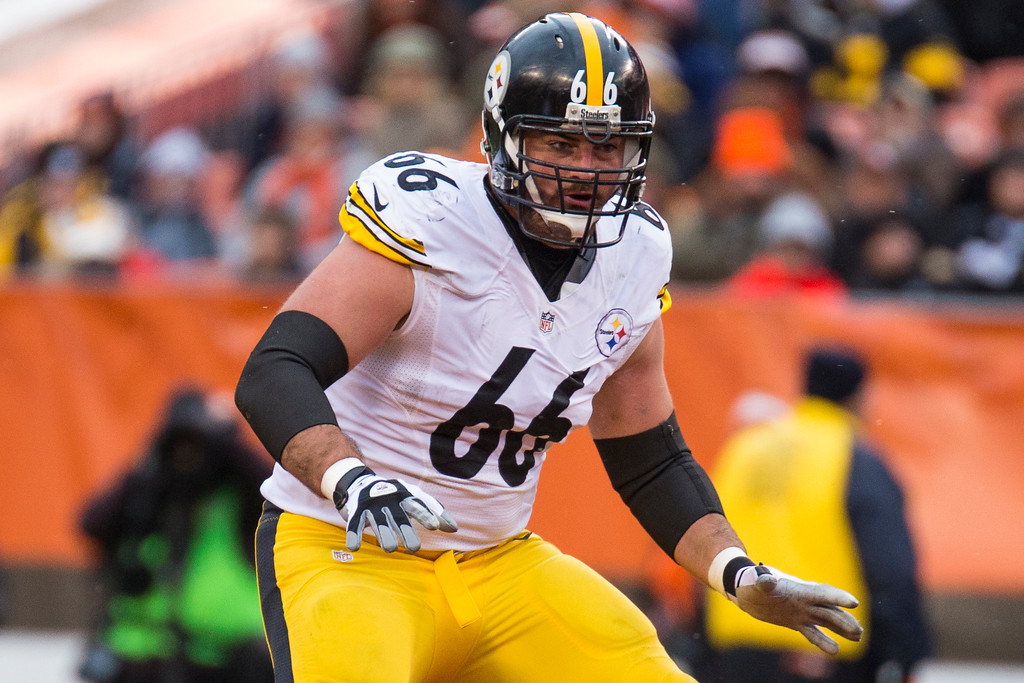 The reason? The surest way to get into the playoffs is to win a division title, and it assures a home playoff game.

But to win that division title, teams should be as good as — if not better than — division opponents in a number of areas. That won't guarantee success, but it sure will help.

We continue our look at how the Steelers stack up against their AFC North opponents on a position-by-position basis.

Today, we look at offensive line:

There is a feeling among Steelers fans that the team's offensive line play slipped considerably in 2019. And while it wasn't as good as it had been in previous seasons, it's still among the top 10 lines in the NFL.

Several different metrics tell us it wasn't as bad as you probably think. In fact, based on ESPN's pass block win rate, the Steelers ranked seventh in the NFL. That measures whether linemen hold their block for 2.5 seconds or longer. The Steelers ranked 17th in that same metric in 2018.

So why did it look so bad at times? The line was built to block for Ben Roethlisberger. And with Roethlisberger sidelined for most of 2019 with an elbow injury, opponents defended the Steelers differently, which directly affected the play of the offensive line.

The two young quarterbacks -- Mason Rudolph and Devlin Hodges -- also didn't have the same freedom as Roethlisberger to check out of plays at the line of scrimmage. So if the Steelers had a certain play called, they ran that play, even if it meant running it into the teeth of the defense.

In fact, if you look at the AFC North, the Steelers just might have the best offensive line in the division. David DeCastro is among the best guards in the NFL. The same goes for Maurkice Pouncey at center. And young right tackle Matt Feiler was amazingly consistent in his first full season as a starter. Left tackle Alejandro Villanueva has been a Pro Bowl player in the past, while the team signed two-time Super Bowl champion guard Stefen Wisniewski to help ease the loss from the retirement of Ramon Foster, who had joined us here at DKPittsburghSports.com.

The Steelers have begun thinking about the future with every projected starter with the exception Feiler now 30 or older, but it's still a good line.

The Ravens are talented up front, as well, particularly at tackle, where Ronnie Stanley and Orlando Brown form a nice, young duo. The Ravens' issue, however, is that they are thin on the interior with the retirement of All-Pro Marshal Yanda. In previous years, when the Ravens needed a yard, they always ran behind Yanda. That won't be there in 2020.

Instead, it will be Bradley Bozeman, Ben Powers, D.J. Fluker and rookies Tyre Phillips and Ben Bredeson trying to fill those two spots. None are anywhere near as talented as Yanda. At center, Matt Skura returns after suffering a serious knee injury that cost him the final five games of the 2019 season.

Cleveland's biggest issue last season was its poor offensive line play. So it spent big in free agency on right tackle Jack Conklin and then used a first round draft pick on Jedrick Willis, who played exclusively at right tackle at Alabama but will be counted on to move to the left side as a rookie.

Those two should be better than what the Browns ran out there a year ago, but Willis could take time to make the adjustment to the pros -- and a new position -- while Conklin is a much better run blocker than he is against the pass.

J.C. Tretter is solid at center, as is guard Joel Bitonio, but right guard Wyatt Teller is just a guy.

The Bengals also were at the bottom of the league in 2019 in offensive line play as first-round draft pick Jonah Williams was injured in offseason workouts and missed the entire season. He'll be back for what will essentially be his rookie season. Bobby Hart, the right tackle, is a below average player. Fred Johnson, who was released during the season by the Steelers, who hoped to sign him to their practice squad, could wind up beating out Hart, but Johnson is better served playing guard, where the Steelers were using him.

The interior remains an issue, though it's better than it has been. Michael Jordan is back for his second season after having a tough go of things as a rookie at one guard spot, while journeyman Xavier Su'a-Filo was signed in free agency from the Cowboys to man the other spot. Center Trey Hopkins is a weak point, as well.

The Steelers get the edge here because their starters across the front are all average to, in the case of Pouncey and DeCastro, well above average. Complain about Pouncey's snaps all you want. Part of that was because Roethlisberger wasn't back there and he's an outstanding ball handler. Pouncey is still capable of doing things in terms of pulling and getting out on the edge that other teams don't even dare ask of their centers. Stanley and Brown give the Ravens the top pair of bookends in the division. But the interior without Yanda is going to be a work in progress. If he had come back, Yanda would have still topped the individual rankings in the division and probably given the Ravens the best overall line. That's as big of a non-quarterback loss in the league this offseason. We'll see how well Skura bounces back from a serious knee injury, as well. The Browns should be better than they were in 2019 up front. But there's little to no depth. Hubbard could even be a cap casualty if they decide they don't want to pay a backup big money, which is what he's getting after being signed as a free agent from the Steelers. The Bengals still bring up the rear here, even though the line should be improved with the addition of Williams at left tackle. The rest of the line, however, remains a below average group.

Share
Tweet
Email
Live Qs at 5: DK’s answers on everything!
Steelers first need to take care of their own