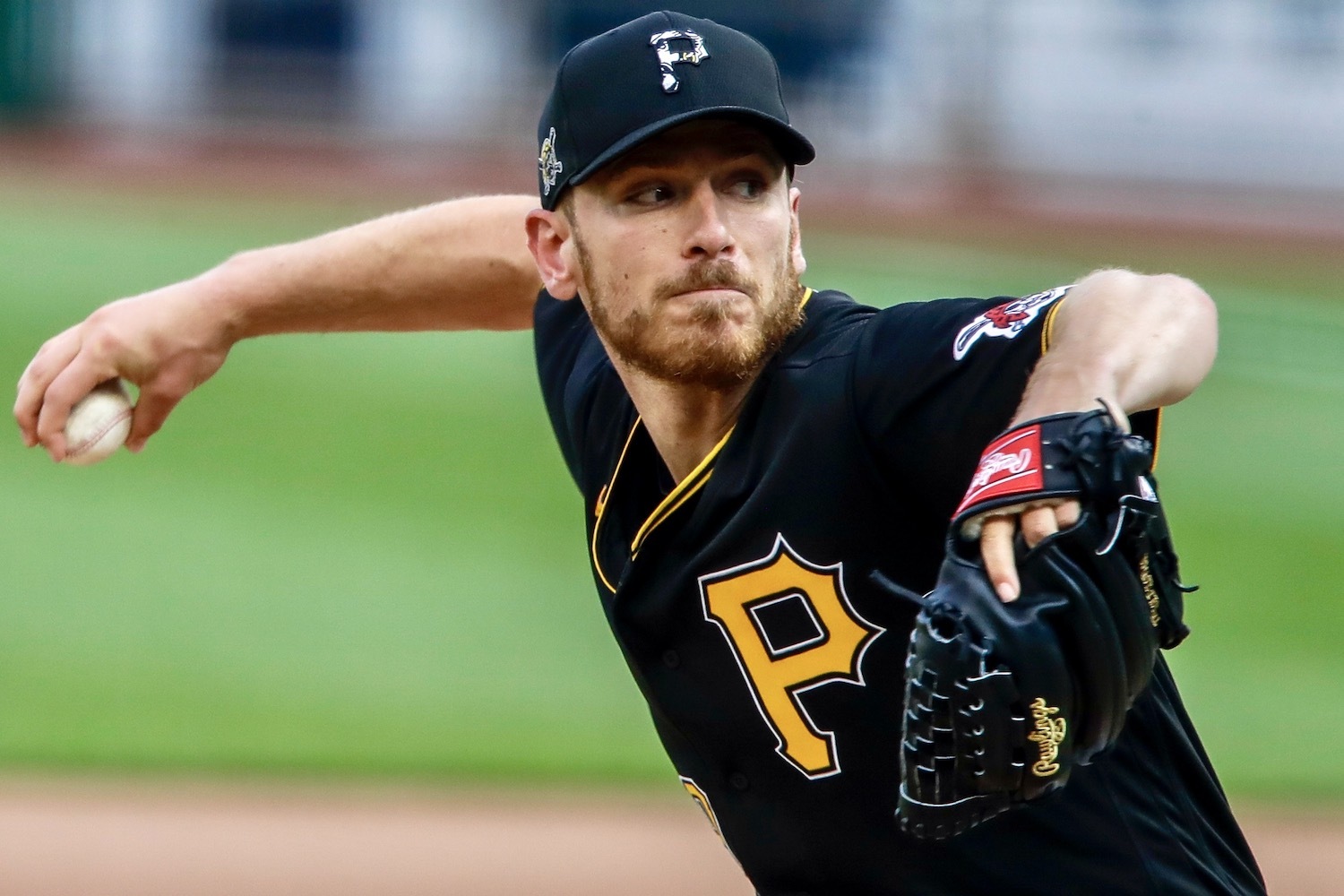 On Tuesday, Chad Kuhl did something he did not have a chance to do during the first spring training in Bradenton, Fla.: He threw two innings.

He was scheduled to go multiple innings towards the end of camp, but the COVID-19 shutdown changed those plans.

Tuesday's innings were in a simulated setting, but going multiple frames was one of the final benchmarks for finally returning back from Tommy John surgery.

"It went well," Kuhl said in a Zoom call Thursday. "Everything is feeling good. Was in the strike zone a lot. Lot of ground balls. Lot of early action. Thought it went well. Obviously things to work on. But other than that, went well."

If you were going by just velocity, though, that sim game might have raised some eyebrows. He was sitting around 93-94 mph, which is less than where he was pre-surgery. During live batting practices, he said it has crept up to 95-96 mph, but even that isn't quite as fast as Kuhl has been.

Per FanGraphs, his fastball averaged 93.2 mph in 2016, his rookie season. It rose to 95.5 mph and 95.4 mph in 2018 and 2019, respectively, but he was known to flirt with triple digits. Before his injury and subsequent Tommy John surgery, he had one of the hardest thrown fastballs among National League starters.

He could lose that distinction in 2020, but he doesn't seem too bothered with losing a couple ticks on the fastball.

"I put less and less stake on velocity and more about execution of pitches," Kuhl said. "I made that switch."

While Kuhl did gain some fastball velocity in 2018, his mechanics were not as crisp. Some thought he was overthrowing, which would explain his injury.

It wasn't like that for the entire year, though. In his final starts of 2018, he stopped looking at the radar gun and focused on just trying to execute pitches.

"I felt like I was in a good spot there," Kuhl said. "Whether it was coming out at 93 or 97, it didn’t matter to me. Being able to mix speeds, change rotation and do all the things I started to do in ’18 on a more consistent basis, which is the important thing to me."

To help compensate for that lost velocity, Kuhl is putting more emphasis on his curveball. He started throwing it again in 2017 to help get lefties out, but he never felt as comfortable with it as he did his other breaking pitch, the slider.

Kuhl's curveball has gotten rave reviews in camp, with Jacob Stallings describing it as "just gross." Kuhl laughed when he was told that, saying Stallings was "just being nice."

Even so, it is a high spin pitch that moves, and could potentially be another weapon under Stallings' and Oscar Marin's tutelage.

"My entire career, the slider has always been a pitch for me that I’ve felt most comfortable with and can throw it for strikes or putaway," Kuhl said. "The curveball was just something that I recently added... [I] really pushed that focus to the curveball and [to] get it to a spot where I feel like I can be as consistent as I am with the slider."

Other news, notes, sounds and sights from Day 7 of Pirates summer camp Thursday: