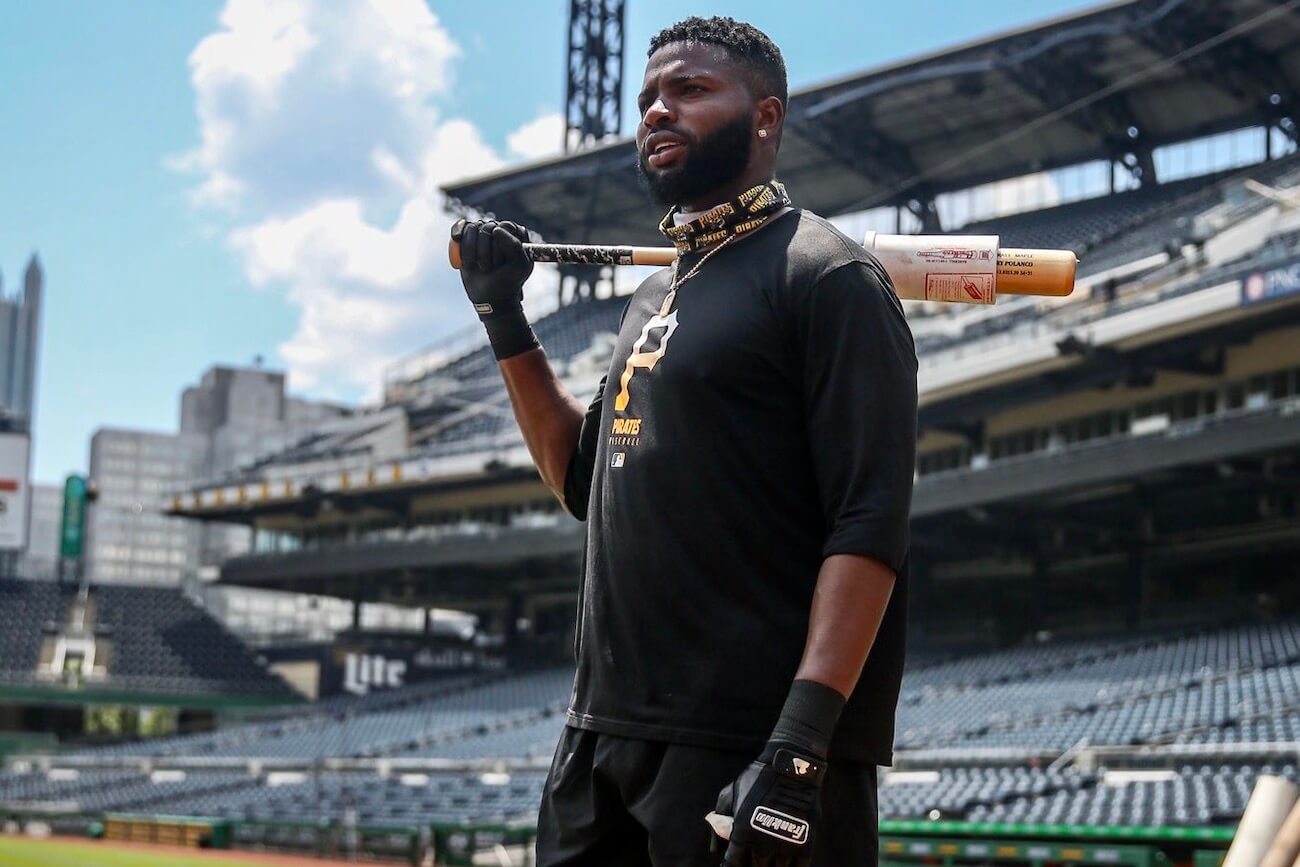 Anyone else on Major League Baseball's lowest-payrolled, arguably lowest-profile team would've laughed. Out loud. Right into my masked face.

This was my question today, posed from the PNC Park press box down to the press conference via Zoom video: Are you still capable of being a star in the National League?

I asked this for a reason, and I'll get to that in a bit.

First, Polanco's zero-hesitation response: "For sure. I trust myself. I trust me. I trust the process and the work that I'm putting in. I just need to now mature and now I just need to try to put that work I put in the offseason into the season. With my talent, the talent that I have, sure, I can be a star in this league."

He can. And if he happens to do so this summer, within whatever context anyone would choose to assign such status in a 60-game schedule, nothing could make a more dynamic difference to these 2020 Pirates.

You'd better believe he's aware of that, too.

But more than any of that, he's got to be that thing I mentioned above because he's the biggest swing vote on the roster, if you will. If he's the banged-up, occasionally clumsy, offensively undisciplined guy who's currently dragging around a .252/.320/.422 career slash line built on spurts and slumps, then the Pirates probably will meet the terribly low expectations most have of them. Whereas, if he puts together good health, good defense and serious plate patience, the curve spikes the other way.

For him and for the team.

But that's where the discussion diverges for Polanco, and this is why I asked that question today. Because during a long talk we had in Bradenton way back in late February, mostly about his nearly-two-year recovery from reconstructive shoulder surgery, I'd asked if he had something to prove. And the answer was striking.

When he cited “No pressure,” I felt obligated to follow up. Because he’s got to understand that his best self isn’t an ordinary player. Not with all that talent. He’s got to be a star. And I told him precisely that.

“Thank you,” he began his reply, even though I actually hadn’t intended it as a compliment. “Yes, that’s my mindset. I know that. I’m not going to say that, but in my mind, I know I’m not here to be an ordinary player. I know that. That’s why I’ve been working so hard to be healthy, to be all the way back. That’s why I’m so happy right now to feel so good.”

It was easy to see he's happy then, easier still to see it now.

Through the three days the Pirates' summer camp has been open to reporters, he's been showing off a bulked-up frame -- bigger, even, than he appeared in Florida -- through monster batting practice sessions that've rivaled Bell's, he's been gunning the ball to third base and not just home plate, and he's been beaming throughout.

Maybe these camp pictures of all three elements will make that seem more real: 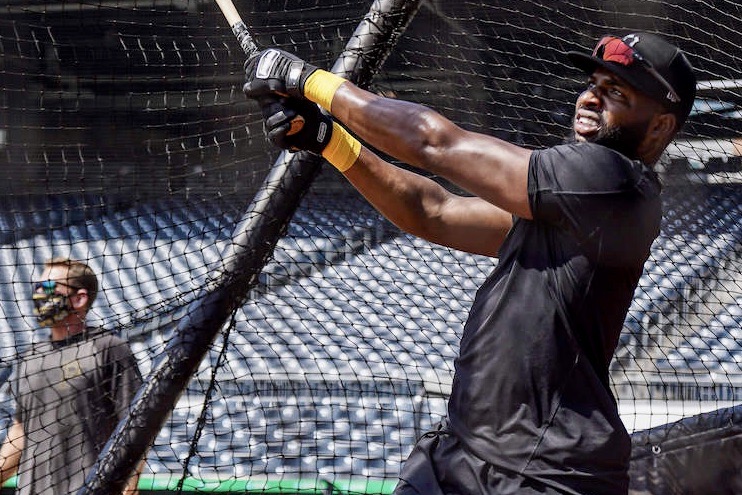 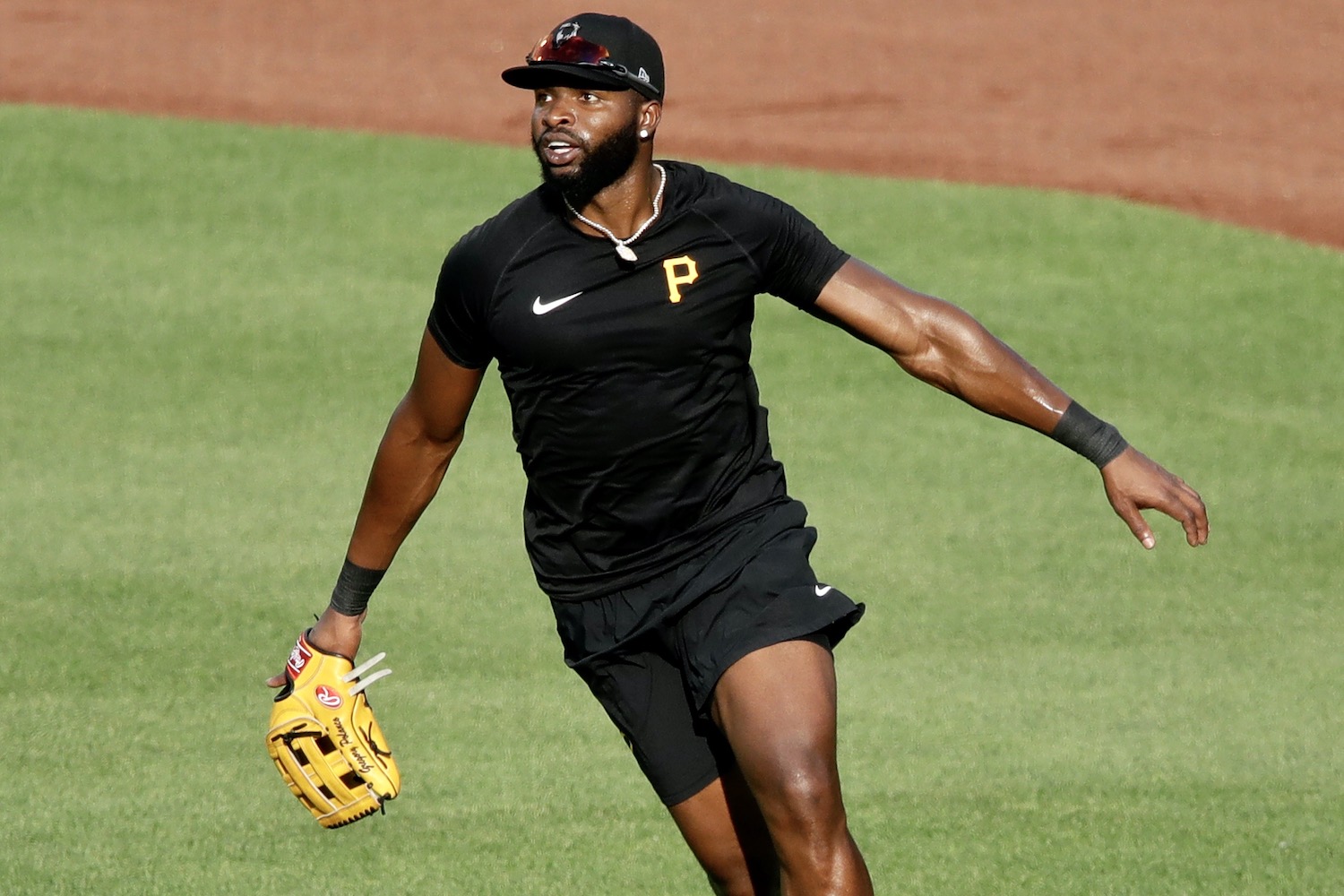 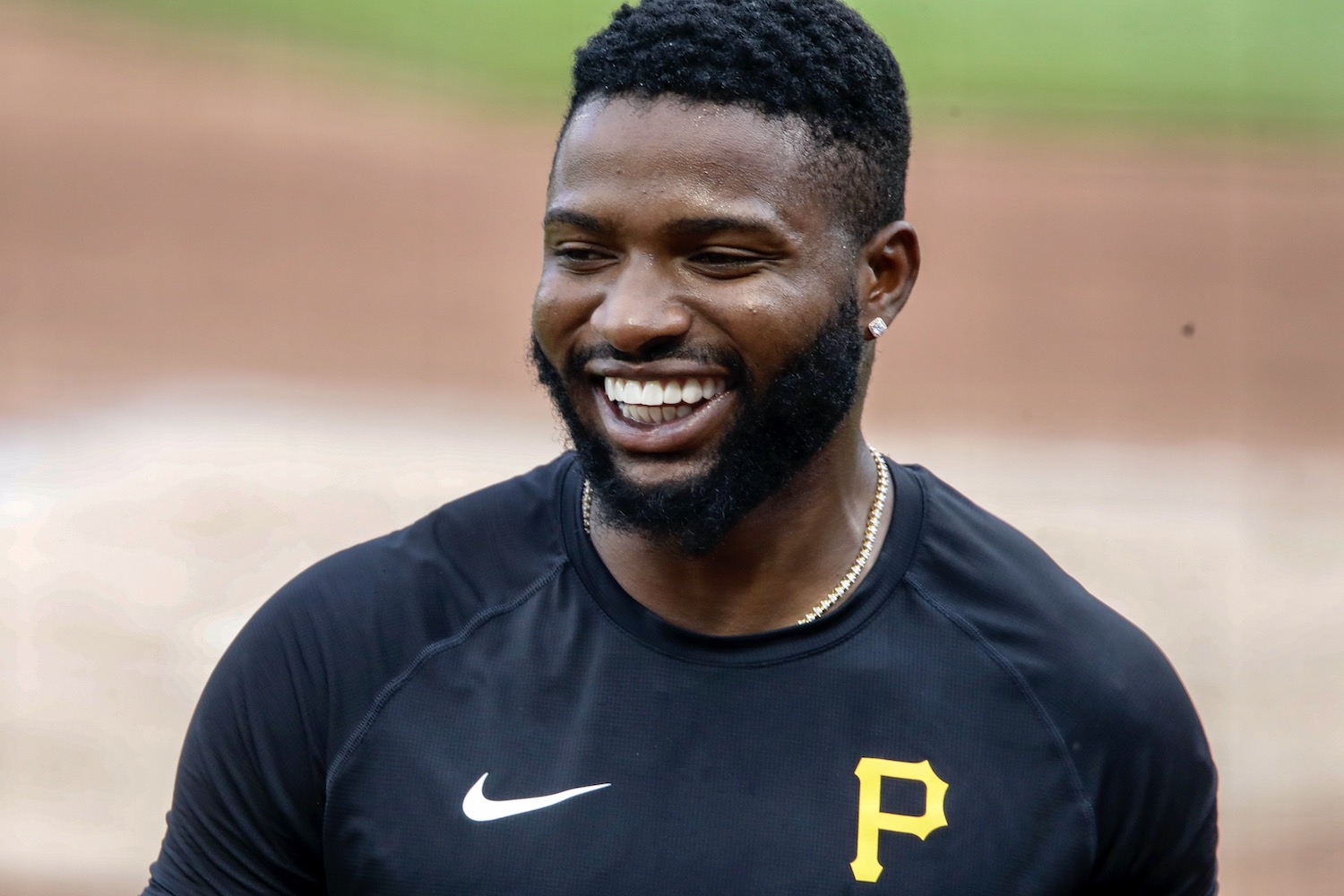 But the smile originates in the health. And the lack of performance, in all likelihood, originates in the same place. And the way it feels, from this perspective, is that Polanco's grown up. Maybe there's a reason for that. He'll turn 29 in mid-September, he's his team's most tenured player, he's the last to have participated in a playoff game here and, oh, yeah, he's now the highest-paid active player at $8 million ... and he's still seen, and rightly so, as an unknown, uncertain commodity.

He's the only one who can change that. It can't be his teammates or Derek Shelton or Rick Eckstein or his personal trainer in Miami or his old big-brother figure Andrew McCutchen or his forever best bud, Starling Marte, now gone to the Diamondbacks and, of course, dealing with personal tragedy with the recent passing of his wife, Noelia.

And that's how it sounded with nearly every syllable that came from him on this day ...

On why this year might be different: “I’m healthy. Last year, I wasn’t healthy. This year, I’m healthy.”

On the chance he'd be used as DH, as Shelton has suggested could happen when Guillermo Heredia spells him in right: “I don’t like DHing. But at the same time, you’ve got to be smart. For sure we’re going to take advantage of that. ... Whenever they need me to DH, I’ll be there.”

On the shoulder: "It feels better to know that you have your arm back. It’s not like before. It’s way better. It’s almost 100 percent, as far as strength. No pain. No tightness. None of that. I’m good now."

On whether runners will keep testing that shoulder: “Oh, yeah, they will, for sure. And I’m ready for them.”

On any lingering worries: “No, not at all.”

On reaching out to Marte: "I talk to Starling almost every day. Every other day I talk to him now that he's in Arizona, but when he was back in Santo Domingo, I talked to him every day. Obviously, those are hard times, and for me, too, because she was like my sister. Like I said to him, 'I'm here, every day, for you. I'm going to support you and I'm going to be calling you, no matter if you answer my phone or don't answer it. I'll be calling you every day. You're like my big brother, and I'm here to support you.' Because, you know, we had good times. But now in the hard times, I've got to be there for him."

Some players can be dissected by data. For now, for this gifted individual, it's all health and intangibles. And I'm loving the latter.