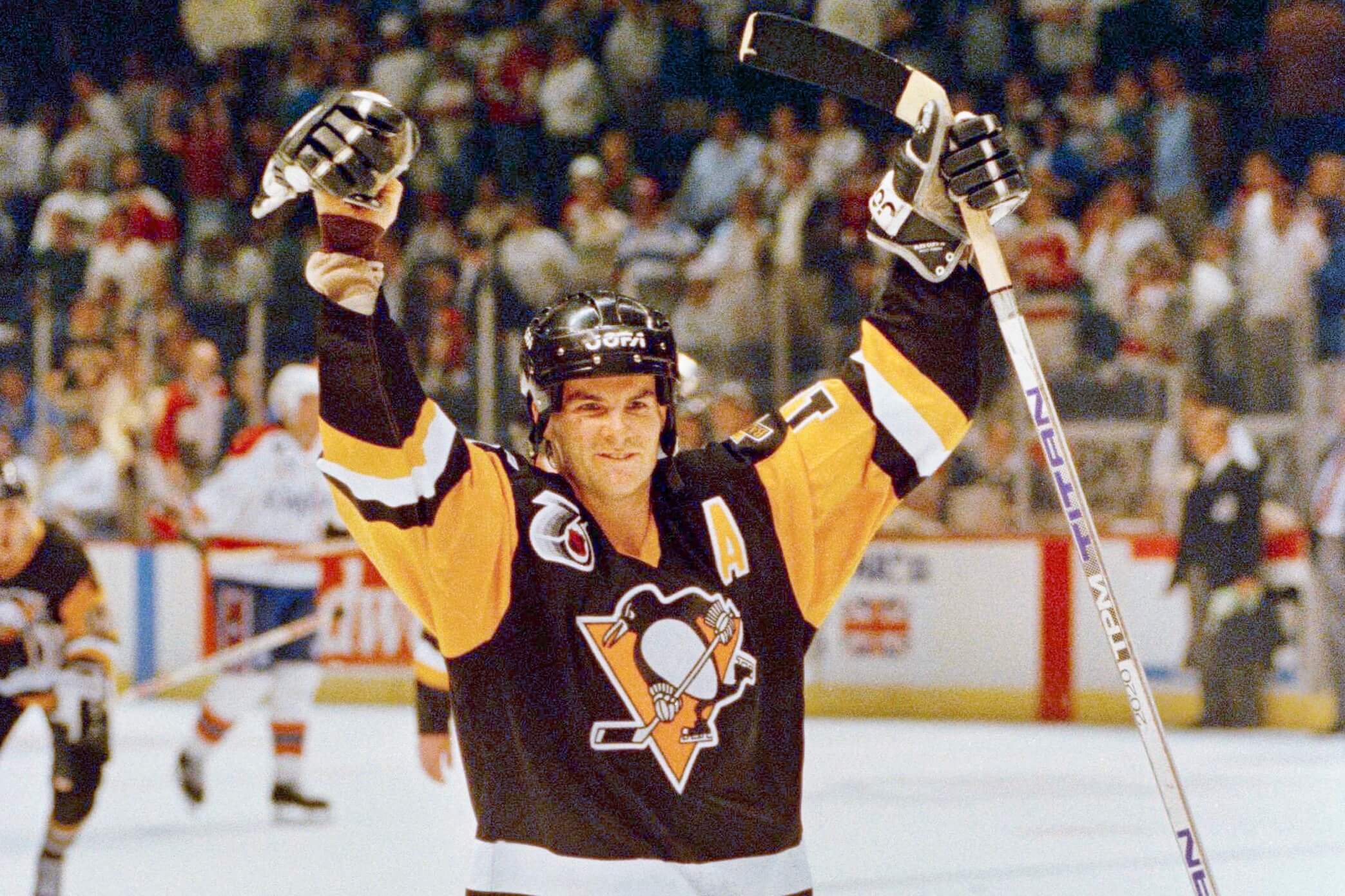 Installment No. 9 in an occasional series highlighting the most memorable game in which players participated as a member of the Penguins.

It's no surprise that Errey would have a vivid recollection of a game in which he nearly matched one of hockey's most celebrated -- and remarkable -- individual feats.

The part that couldn't have been predicted is that isn't necessarily what he remembers most about it.

Rather, Errey recalls how his dream of a long run in pro hockey seemed to be slipping away by the time he got the call summoning him from the AHL's Baltimore Skipjacks, then the Penguins' top farm team. How just a couple of years after being a first-round draft choice, he was beginning to suspect his future would be in a classroom, not on sheets of artificial ice.

"They sent me down to the minors almost on Day 1 of training camp, so I was basically ready to find another career," he said. "The organization tried to bury me. I don't know why they soured on me. I didn't score in my second year -- I played 16 games, but (mostly) sat in the middle of the bench. They soured on me, and I soured on them. That's just the way it was."

Errey believed that he had fallen far enough out of the Penguins' plans that he began contemplating a career as an educator.

"I was always a decent student, so I would have just gone back to school," he said. "I would have been a teacher. A gym teacher, or something."

He already had taken some college courses after entering pro hockey, and figured that his long-term outlook might include a degree from the University of Waterloo in Ontario.

Perhaps it would have, if Errey hadn't made the most of his first game back in the NHL.

"I just felt like that was it for me," he said. "That that going to be was my last chance."

If so, it didn't take long for him to take full advantage of it.

He needed all of 98 seconds in the first period to have an impact, converting a set-up by his new center -- a second-year pro named Mario Lemieux -- to give the Penguins a 1-0 lead. Fourteen seconds later, he beat Jets goalie Brian Hayward off an assist from yeah, him again, which gave Errey not only a nice start to his NHL return, but a shot at one of the NHL's most revered feats: Bill Mosienko's three goals in 21 seconds.

The slice of history eluded him, but not until Errey came closer to it than he could have imagined after his first goal.

Or even his second.

"There was a two-on-one after that (second goal) with Doug Shedden," Errey said. "And he shot the puck."

Shedden didn't score, and neither did Errey for the rest of the evening.

Not, however, because he lacked opportunities.

"I had umpteen chances to get the third one," he said. "I think Mario just laughed after the game, because I probably should have had four or five."

Having Lemieux for a linemate certainly helped, but it turned out that Errey had sought assistance from an even higher power hours before the opening faceoff.

"I remember I was staying at the Holiday Inn-Greentree," he said. "And I said a couple of words to my grandmother (Rev. Margaret Errey), who was one of the first female ministers in Canada."

Whether Grandma's connections helped might never be known, but they clearly didn't hurt.

And Errey, who had been wondering if the Penguins even would bring him back from Baltimore, never returned there.

Not on business, anyway.

"It took some fortune and luck and being ready to take advantage of that opportunity," he said. "I was fortunate and made it work, made it happen."