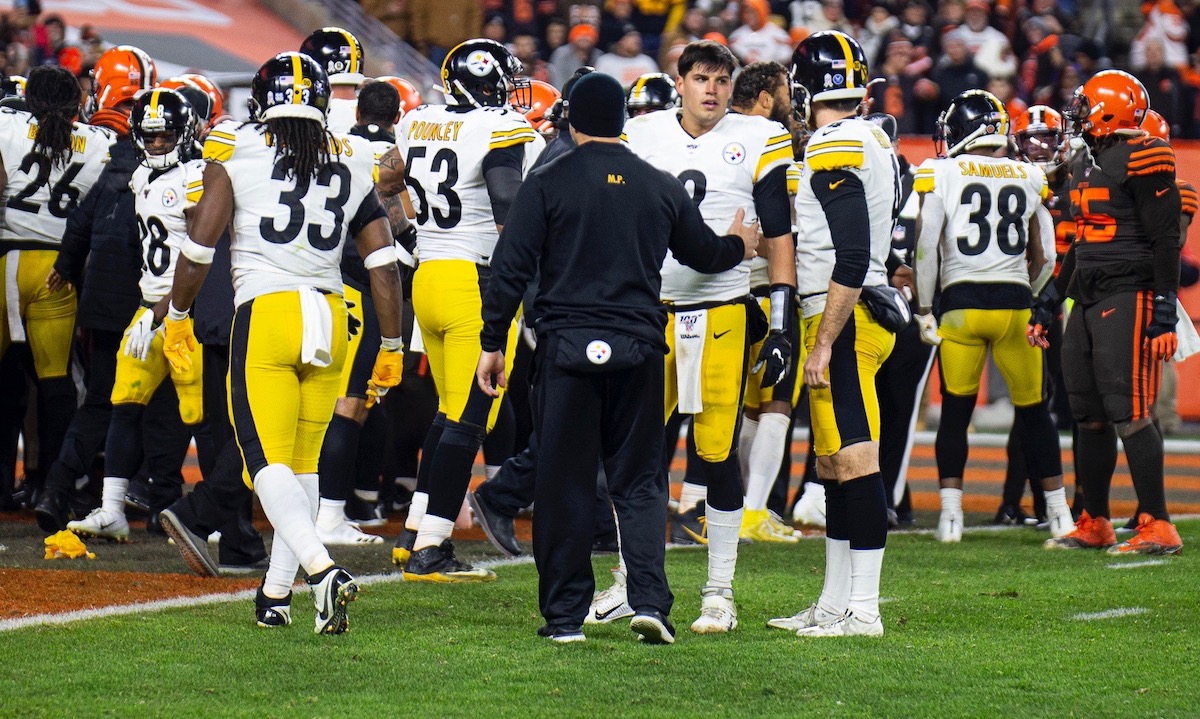 CLEVELAND -- Mason Rudolph stepped out from behind the double-doors, slung his black leather bag over his left shoulder, and began striding toward the team bus.

It was then that one of those silent motorized carts whisked up next to Rudolph. The driver, a team employee who evidently was aware of the kind of evening his quarterback had just endured, offered a lift to cover the 400-plus feet to the loading dock.

Rudolph crinkled his nose slightly, almost playfully, as if to decline.

This time, Rudolph's reply was verbal.

With that, he kept right on. And I'll emphasize anew: He was striding. Not dragging or moping. Strong gait. Shoulders square. Chin high.

Look, I don't know, either. I don't know if he's the franchise quarterback of the future. None of us can know that. Maybe none of us should know that right now since, circumstances be damned, it's unsettling to see the player at the most important position perform at this level -- 23 of 44, 221 yards, four interceptions and sacks each -- in an already lousy, 21-7 loss to the bleeping Browns.

In the same breath, I can say this with conviction: I've never felt more certain that he's the quarterback of the present. And the present, right now, is all that matters.