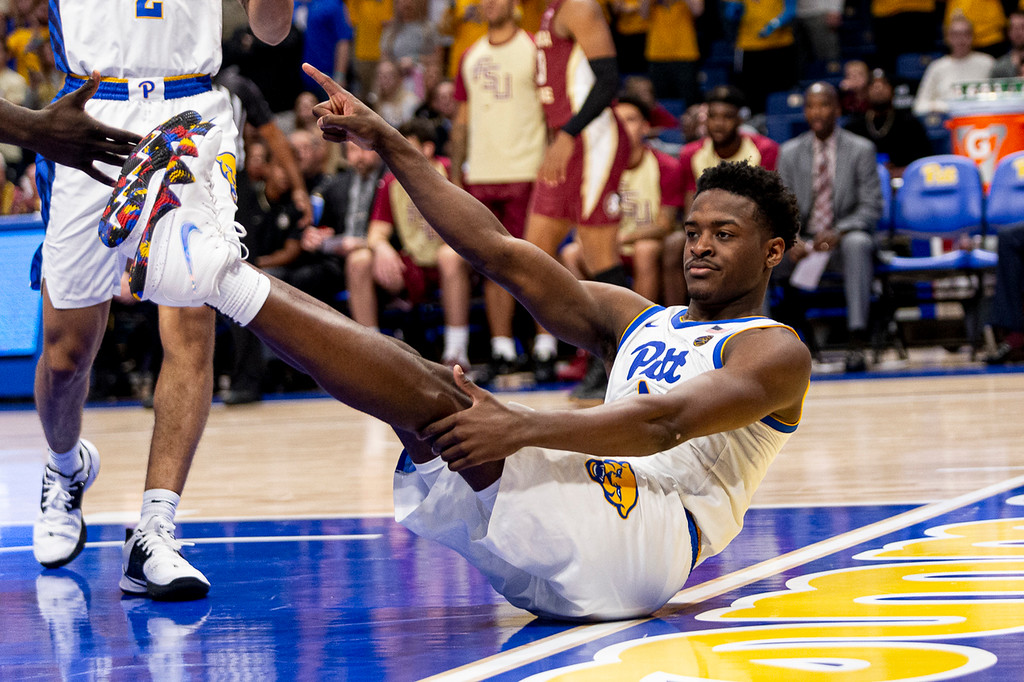 Since Pitt's men's basketball team was eliminated from the ACC Tournament in Greensboro, N.C., by North Carolina State, speculation's run wild. Who will stay? Who will go? What will next year's team look like?

We got our first piece to this puzzle Sunday, when Ryan Murphy entered the transfer portal, telling me he's simply seeking the best opportunity for himself during his final year of college eligibility.

“I basically just thought it’d be better for myself, my life, to go play somewhere where I’m going to play a little more,” Murphy said Sunday in a phone interview. “But I don’t wish anything bad on Pitt or [head coach Jeff Capel] He’s a great coach. Pitt’s got great players. They’re great teammates. I really liked those guys here, great coaching staff.”

With Murphy gone, the searchlight scans the rest of the roster.

Right now, we're not sure — but we know it's not Xavier Johnson.

Just want to clear this up with the people that’s curious. I am not going anywhere. I came to the Pittsburgh for a reason, and one of the main reasons was to leave a legacy and the main concern is to win. Please stop contacting my friends and family. Thank you! #H2P

"I am not going anywhere" sums it up about as clearly as possible, eh?

Johnson burst onto the scene for Pitt as a freshman in 2018-19, leading the team with 15.5 points per game and 4.5 assists per game. His performance, combined with that from Trey McGowens, gave fans plenty of hope for the duo as they entered their sophomore campaigns in 2019-20.

Both Johnson and McGowens had their moments throughout this past season, but most felt the two regressed in Year 2.

I disagree. I disagreed in late January when I wrote this article, and I disagree now that the season's come to an end, even after the two combined for 12 of the team's 14 turnovers in their final contest against North Carolina State.

The reality is that this past year's team was much different than the team Johnson and McGowens led as freshmen. The emergence of Justin Champagnie took some scoring pressure off their shoulders, and opposing coaches and defenses had a full year of tape to review. Both Johnson and McGowens commented repeatedly throughout the year they were being schemed out of games by their opponents, and they struggled to adjust on the fly.

However, this year presented plenty of learning opportunities, and for Johnson in particular, there was demonstrable growth.

“The main thing is my jump shot,” Johnson said in Greensboro when asked what he needs to work on most this offseason. “I think my jump shot is still not there to where it has to be at this level.”

Perhaps most importantly in all this, though, Johnson learned how to be accountable. He was supposed to be the breakout star for this team, and he didn't reach those heights in 2019-20. While there are reasons for that — some within his control and some not within his control — he understands he needs to be better in his junior year.

"We had our spurts [this year],” Johnson was saying down in Greensboro. “But I guess when we had our mental losses and dudes got caught up in [themselves] — me personally, too. I’ll be honest. We got caught up in ourselves, listening to outside people, so, I mean, that just broke us up completely.”

Between that statement and this, Pitt fans should have plenty of excitement around Johnson for the 2020-21 season. Asked if he was going to take some time to rest and recharge after the season came to an end, Johnson smirked and fired back: