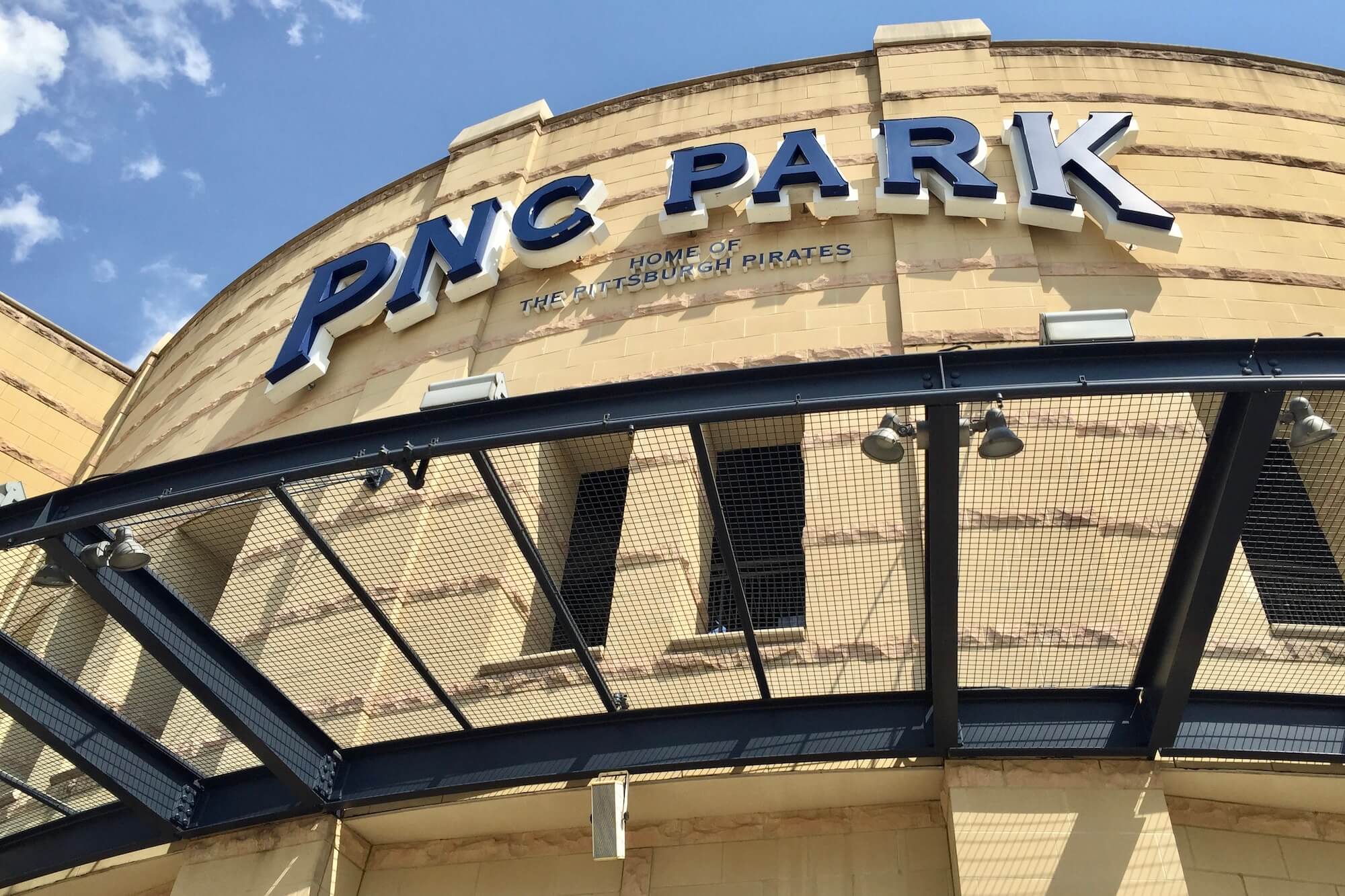 From Sean Casey's opening-day home run in 2001 to Daryle Ward's christening river blast to Johnny Cueto's cage getting rattled, PNC Park's only ever been known by one name. And for the rest of 2020, that'll likely remain the case.

Multiple sources told me over the weekend that the Pirates and PNC have been unable to reach agreement toward a long-term extension of their 20-year, $40 million naming rights deal that expired after last season. And, in fact, they've been unable to come close.

PNC's initial proposal, submitted several months ago, called for the Pirates' annual take to go from $2 million to $4 million over a period -- and I couldn't confirm this -- that I believe was 10 years.

The bank offered double, and the counter came back quadruple.

That exchange predictably went nowhere and, so, a hasty agreement was achieved that the parties would quietly extend the present terms for a year, meaning the Pirates would again receive $2 million. And in a year where Major League Baseball's season will be slashed, if it's played at all, that was viewed as a coronavirus-friendly compromise until they meet again.

Trying to paint both perspectives as best I can ...

PNC saw its proposal as eminently fair, particularly as compared to the Mariners' 25-year deal with T-Mobile in late 2018 to rename Seattle's Safeco Field as T-Mobile Park. The total worth of that deal was $87.5 million, which breaks down to $3.5 million annually for the team. Or $500,000 less than PNC's offer to the Pirates.

To boot, and to repeat, PNC waited and waited through the Pirates' multiple front-office changes over the offseason to get any response at all and, thus, were that much more taken aback by the counter once it finally came.

On the Pirates' end, Travis Williams, the new CEO, understandably wasn't about to rely on any of the groundwork that'd been set by his predecessor, Frank Coonelly. Given how Coonelly bungled nearly every aspect of the job over 12 years, but chiefly negotiations of this scope, no sane individual would. On top of that, the Pirates had an unexpected vacancy at another front-office position that had been on the front line of these discussions. So, Williams directed the staff to undergo due diligence and put forth a new proposal.

This part isn't, though: There haven't been talks with anyone else. It's just been the Pirates and PNC.

This part isn't, either: PNC's offer wasn't pulled, and both sides remain very much amenable to proceeding with further talks.

We'll see how it plays out, but the other certainty is that it's a lousy time to be chasing dollars. In addition to the coronavirus shutdown and the economic collapse that's followed, there's the not-small matter of the Steelers also seeking a new naming-rights partner for Heinz Field. Pittsburgh's the 21st-largest market in professional sports, so competition for corporate spending can be fierce. And with Heinz most definitely out -- that was confirmed, too, by one of these sources -- the field of potential local suitors would appear severely limited for either stadium, much less both.

I've heard UPMC attached to the Steelers, and that'd be logical beyond the monster presence of our region's biggest employer since they're also the team's medical partners and already have naming rights to the South Side practice facility. If there's another player in that equation, I'm unaware, but that doesn't mean anything's done.

One might think that'd leave PNC Park for UPMC's principal rival, Allegheny Health Network, to pursue. Especially with AHN as the Pirates' medical partner. But I've placed feelers on this front, and all that's come back is that AHN's a top-down mess at the moment with far greater concerns.

• Heck, will there be any baseball at all?

I'll admit to being pleasantly surprised that the MLB Players Association put forth its first proposal late last night: A 114-game regular season that starts June 30, ends Oct. 31 (more pro-rated pay for players), an expanded playoff the next two years (more revenue for owners) and $100 million in salaries deferred (for players making more than $10 million).

That won't get accepted, much less embraced, by the owners. But it's a start.

Maybe most important, the players kind of put pressure on themselves here, didn't they?

Think about it: All concerned have acknowledged, in one form or other, that a deal's got to get done by next Monday. And now that the players benefit more than anyone from the season starting June 30 ... eh, we'll see.

• There'd better be baseball. Maybe that occurred to someone over the weekend.

• Just so this is on the record: Baseball can start real games June 30, per the estimation of the players' union, but the NHL can't even begin training camps until after July 10?

And baseball, in addition to all its other logistical challenges, would have teams playing in home stadiums while the NHL's ramming everything into two cities?

They're here to raise the bar.

• My mind wasn't on sports much of the weekend, with all that was happening both across the country and here in our own city. I'll confess, though, that it cleared up a good bit yesterday with a healthy walk through Downtown.

The Public Works department did a magnificent job cleaning up the debris and other trash from the Saturday protests and vandalism, aided by more than 100 volunteers. And when I say volunteers, I mean of the highest order: People just showed up, asked for brooms, received their orders and went to work. Mind you, with no assurance they were entering a safe area.

Another protest emerged in Market Square at mid-afternoon, migrated to the City-County Building, and barely a bad thing happened. Funny how that works when there's suddenly a focus applied on the proper targets, meaning on the ones who wrecked Saturday:

.@PghPolice are seeking a Shaler man suspected of inciting yesterday's violence. A warrant has been issued for his arrest.https://t.co/cbKQAttYps pic.twitter.com/E9FbR0D21v

He's 20. He wasn't around Sunday. Neither were any of those scumbags. Which is how it tends to happen under a harsh light.

By evening's end, there was a much milder gathering in East Liberty, one that included this scene:

• Chris Carter is Pittsburgh. Read what the man wrote. Don't shy away from it. We're increasingly a society in which individuals can't break free from echo chambers at either extreme. No one will or should agree with everything, but at least freaking listen.