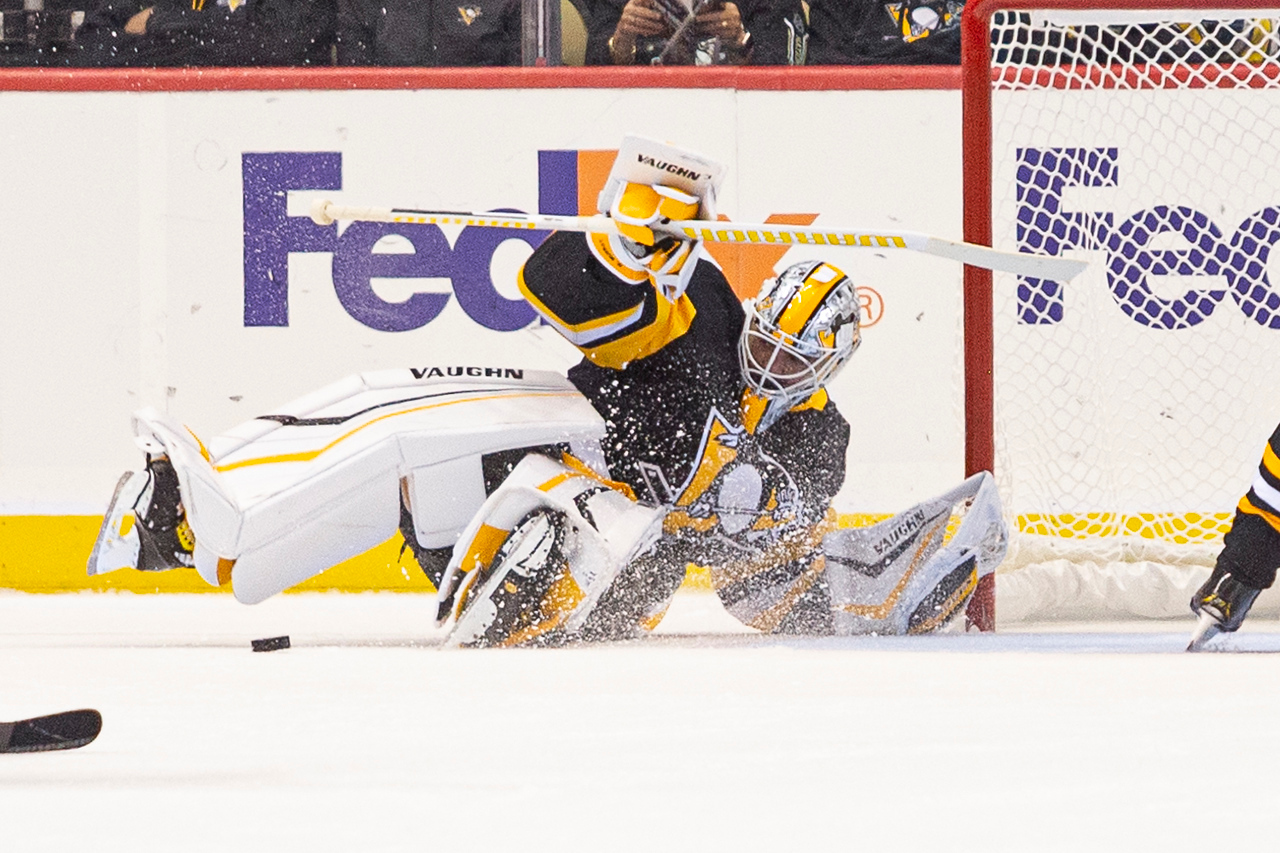 Part 3 in a series

Mike Sullivan hasn't said whether Matt Murray or Tristan Jarry will be the Penguins' go-to goalie when their best-of-five series against Montreal to qualify for a spot in the 16-team Stanley Cup playoff field begins.

It's entirely possible that he hasn't decided that yet, that he won't choose until he sees how both perform during the training camp that will precede the Canadiens series, and a compelling case could be made for either.

Jarry has, overall, had a stronger overall season in 2019-20, and his excellent puck-handling addS a dimension to the Penguins' transition game.

Murray, meanwhile, has been the goalie in whom Sullivan has invested his faith in each of the past four postseasons, and they both have a couple of rings to show for it.

Although that history probably gives Murray a slight edge in his competition with Jarry, it doesn't assure that he will be in goal for Game 1 against the Canadiens.

Then again, Murray is much better-positioned to be the top guy than he was going into the season that he ultimately capped with 15 playoff victories, since he wasn't even on the major-league roster then.

That was 2015-16, when Marc-Andre Fleury was the undisputed No. 1 goalie and his backup was Jeff Zatkoff. Murray was with the Penguins' American Hockey League affiliate in Wilkes-Barre and didn't make it to the parent club until winter was well underway.

He had, however, earned Sullivan's confidence when they were together in Wilkes-Barre and, after missing the first two games of the opening round because of a concussion -- Zatkoff earned a split in those -- Murray took over and went 15-6 the rest of the way.

Fleury handled the first two-plus rounds the following year, but Murray took over and earned the final seven victories as the Penguins successfully defended their Cup.

Fleury subsequently went to Vegas in the expansion draft, and Murray was the clear-cut No. 1.

Until this season, anyway.

With Murray and Jarry scheduled to be restricted free agents -- and both in line for pay increases -- this summer, whoever gets the call in the playoffs will have a chance to secure his place as the franchise's goalie of the future with a strong showing.

That would begin with good work against Montreal in a winner-takes-all series that, unlike typical postseason play, will come in the immediate wake of an extended break in the season, because of the coronavirus pandemic.

Here is a look at Murray's basic stats -- won-lost record, goals-against average and save percentage -- and noteworthy events from his first five appearances in each of the past five regular seasons:

Murray didn't make his first start of the season until he made 24 saves in a 2-1 loss to Carolina Dec. 19, but that was the beginning of a stretch during which he went 2-1-1 and didn't allow more than two goals in any game.

As in the previous year, Murray didn't get any starts until the season was well underway, but he was sharp when he finally got an opportunity, winning four consecutive games and allowing more than one goal in just one of them. The highlight probably was a 32-save shutout in San Jose, but he also made 32 stops during a 5-1 victory at Anaheim and 35 in a 4-1 decision over Toronto.

Like a lot of his teammates, Murray had his personal stats take a beating during a 10-1 loss in Chicago in the second game of the season, as he allowed six goals on 31 shots in relief of Antti Niemi. He rebounded with a 26-save against Nashville in the next game, however, and beat Washington and Florida in the two starts that followed the victory over the Predators.

His early-season goals-against average was a bit bloated, but that didn't prevent Murray from winning four of his first five decisions. A 38-save effort during a 3-0 victory at Toronto was his signature performance during that stretch, but he also stopped 38 of 39 shots during a 9-1 victory at Calgary.

The Penguins got a wobbly start in the opener, allowing 41 shots on Murray during a 3-1 loss to Buffalo and, after he recorded 28 stops in a 7-2 victory over Columbus, sputtered again in a 4-1 loss to Winnipeg. Murray helped to stabilize things by making 31 stops in a 2-1 win over Anaheim and 29 in a 7-4 victory at Minnesota.

Share
Tweet
Email
Capel, Pitt aim to be ‘catalyst of change’
Pirates condemn racism: ‘No place in our society’