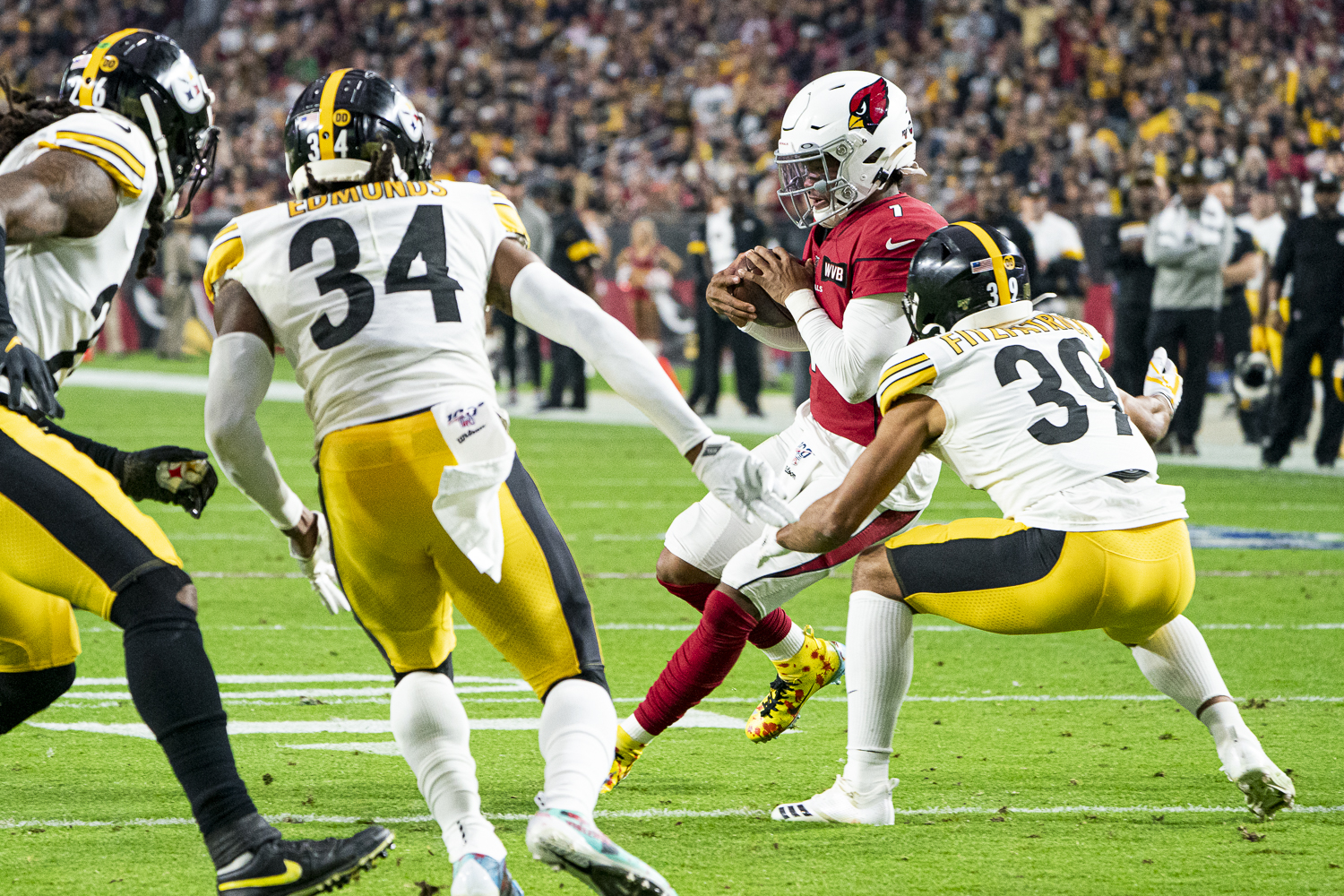 The reason? The surest way to get into the playoffs is to win a division title, and it assures a home playoff game.

But to win that division title, teams should be as good as — if not better than — division opponents in a number of areas. That won't guarantee success, but it sure will help.

We continue our look at how the Steelers stack up against their AFC North opponents on a position-by-position basis.

As we saw last season with the Steelers' addition of Minkah Fitzpatrick, a ball hawking safety can make a big difference for a defense.

Fitzpatrick gets a lot of the credit for the Steelers' defensive turnaround, though not playing Tom Brady and Russell Wilson -- as the Steelers did in their first two games -- certainly helped.

Fitzpatrick was a turnover machine for the Steelers, intercepting five passes, recovering two fumbles and forcing another. And that was largely without knowing what he was doing after joining the Steelers following a trade prior to Week 3.

Terrell Edmunds, the Steelers' other safety, played with three different starters next to him in the team's first three games. And his play early showed that was an issue. Edmunds allowed 13 completions on 15 pass attempts in his coverage for 223 yards and two touchdowns.

But once he got accustomed to playing with Fitzpatrick, he allowed 23 of 35 completions for just 291 yards and two touchdowns over the team's final 12 games.

The Ravens added Earl Thomas last season to replace Eric Weddle and he did a solid job solidifying the back end of their defense after nine seasons with the Seahawks. Thomas is slowing down a bit, though, as evidenced by his meager career-low four passes defensed and 49 tackles in 15 games.

The Ravens thought enough of Chuck Clark at strong safety that they signed him to a three-year, $16-million contract extension. Clark actually had more than twice as many pass breakups (9) as Thomas and had 73 tackles.

The Browns are totally making their safety position over, getting rid of Damarious Randle and Morgan Burnett and replacing them with second-round draft pick Grant Delpit and free agent Karl Joseph.

Delpit was highly regarded going into the 2019 season at LSU, but struggled with injuries and didn't have the final season he would have hoped. Joseph, meanwhile, is a former first-round draft pick of the Raiders who has never lived up to that billing.

The Bengals return Jessie Bates at free safety and Shawn Williams at the strong slot and augmented the position with Vonn Bell, as well, giving them solid depth, perhaps the best in the division.

Fitzpatrick carries a lot of weight here. He's clearly the best safety in the division and it's not close with Thomas showing some signs of decline at 31. Fitzpatrick is one of the best in the NFL and should only be better in his second season with the Steelers at age 23. Edmunds needs to get better with the ball in the air, but is a sure tackler and a nice ying to Fitzpatrick's yang. It will be interesting to see how they mesh in their first full season together. But there's little proven depth behind them, with Dangerfield providing all the Steelers have there. Thomas is still a good player but not the top-5 safety he was a few years ago. He does provide veteran leadership on the back end for the Ravens. Clark is solid and still getting better. The Steelers can hope Edmunds makes the kind of jump Clark did from his second to his third season. Bates came out of the same draft as Fitzpatrick and Edmunds and has been good when the ball is in the air, but misses too many tackles. He's also a free safety, so if the Steelers had taken him in the draft rather than Edmunds, they might not have traded for Fitzpatrick. Williams is unspectacular and could be pushed aside by Bell. The Browns had better hope that Delpit hits. The Raiders were shopping Joseph from practically Day 1 after taking him in the first round and Sendejo is long in tooth at this point in his career. A rookie at the free safety position could be in for some tough times, especially this season with little practice time.