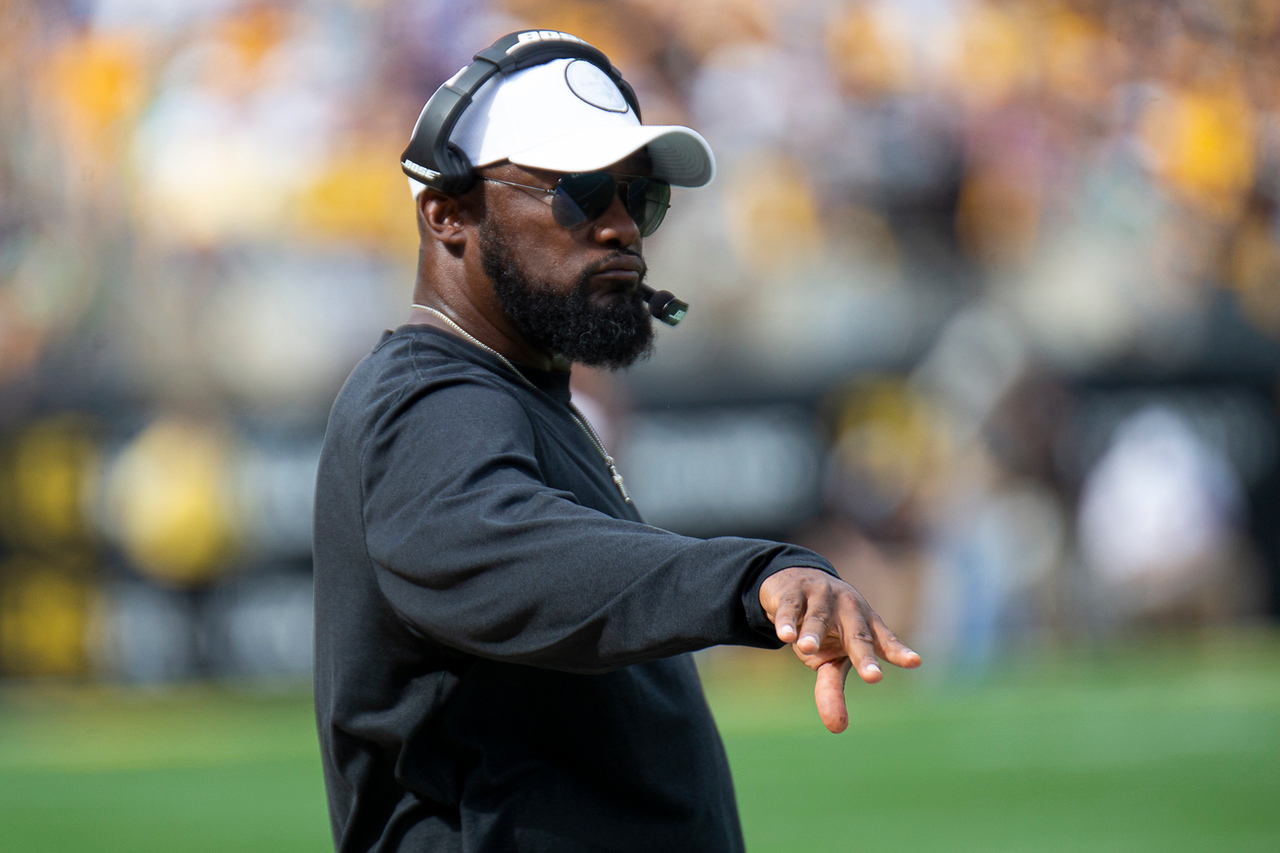 The 2020 regular season is coming, whether you like it or not, and fans are wondering what depth charts might resemble when teams report to facilities for training camp at the end of July. Steelers fans were given a treat when Mike Tomlin told media during a virtual press conference Tuesday where a few players will start the season.

During the call you heard a collective silence after he was done answering the question. Why? No one keeps their cards closer to the vest than Tomlin, and for him to make such a bold statement was out of character.

Who will start at right tackle? Chuks Okorafor? Zach Banner?

What about Dan McCullers at nose tackle? Or Isaiah Buggs?

But if you read Tomlin's statement above about who is starting, you understand he is merely talking about who is starting on the first day. Feiler starting at left guard doesn't mean Stefen Wisniewski, who is new to the team's system, won't prove competent and allow the team to bump Feiler to tackle. If you listened to the entire press conference you heard another quote which put this entire discussion into perspective.

This after Tomlin was prompted with a question if there was any other depth chart news to share.

"You guys love to ask questions about positions you perceive to be open. I always go into it with a mindset that all positions are open." Tomlin said. "Those that are significant players in those areas will quickly prove that and lay those conversations to bed. As I go into training camp, all positions are open. I’m excited to see what everyone has to offer. Obviously, there are certain circumstances. Maurkice Pouncey is going to prove to be Maurkice Pouncey, but largely, I’m excited about these guys sorting themselves out because I believe what I say in that regard."

Some might chalk this up to coach speak, but if you have listened to Tomlin for any length of time you know he has proven more than willing to give players a chance to prove they are worthy of playing time. Players like Mike Hilton came into camp as an unknown and have carved out a niche on the team.

Thursday, we ran an article about available free agents the team could potentially target, by position, and it always is fun to speculate who could be added to the roster. Positions like inside linebacker and safety are always hot button topics when looking at the depth of the team. But the one aspect of this exercise is the unknown of how the Steelers plan on utilizing these players this season.

On paper, it looks like there are huge holes in the depth in the secondary and at inside linebacker, but what if the team decides to put Terrell Edmunds as a Mark Barron-like box safety and put Cam Sutton in the deep secondary?

Certainly could bolster the depth and change the way we view those positions heading into the regular season.

This all comes full circle back to Tomlin's comment when asked about other roster news during his press conference. "All positions are open" is something worth keeping in the back of your mind as the season approaches. While no one will debate who should be the starting quarterback, how the coaching staff deploys the offensive line or the depth at all positions is anything but decided.

Any news on the depth chart of the team in June is just that, news in June. When players report at the end of July and practices begin, only then will you start to see the roster starting to come to fruition.