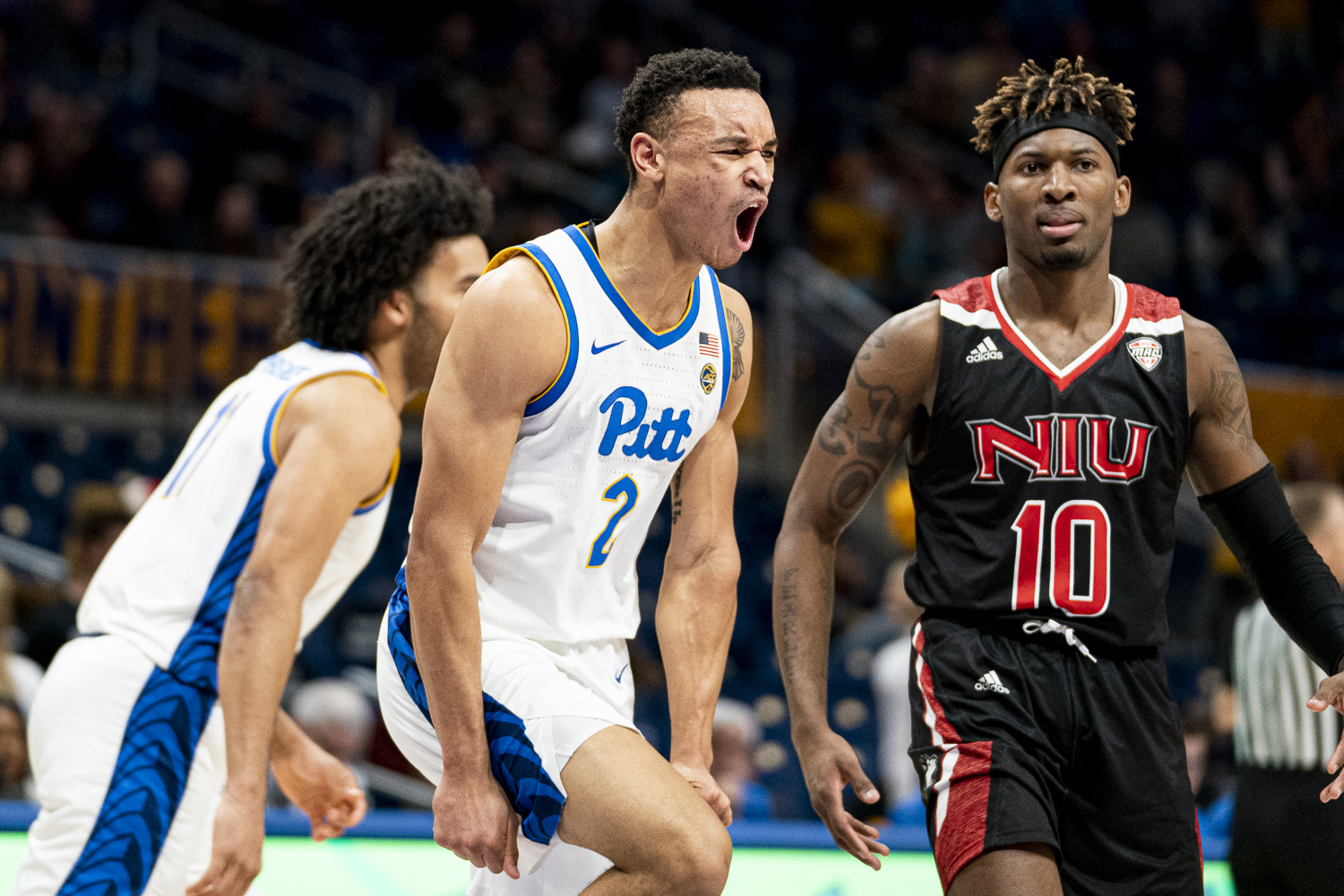 Nobody needed Nicholls State flashbacks. Literally nobody asked for that.

And yet, here stood these 2019-20 Pitt Panthers, mashing the rewind button on their season and forcing everyone in attendance at the Pete on this drizzling, freezing Monday night to prepare for an upset. Down seven, 46-39, to Northern Illinois with 8:56 to go in the game. The already-barren crowd discovered a new level of silence.

Pitt took a 10-day break for exams after falling to No. 1 Louisville in Kentucky on Dec. 6, adding an extra dose of intrigue to Monday's matchup. Despite being blown out on paper vs. Louisville, Pitt showed grit and resiliency, coming within five midway through the second half and briefly putting the college basketball world on upset watch. In that one, Capel was "proud" of his team after the game, and for good reason.

"I'm really proud of the fact that we were able to find something in the last eight minutes," Capel was saying after the game.

Jeff Capel knew better. He was concerned. And for good reason.

"I actually thought we had one of our best practices of the year yesterday," Capel was saying after the game. "I mean, it was really, really good. Really good. But then I thought our shootaround today was one of the worst. And so I was really worried about this game because of that — because of the break but also because of how we were earlier today from 2 to 3."

Pitt was dead early. Poor shooting, poorer decisions, no want-to on the glass. It was everything that's plagued this Pitt team en route to a now-8-3 record through 11 games. And let's be clear: 8-3 is solid. But within those three losses — and even some of the wins — came sloppy, no-good basketball. If Pitt isn't tough and determined, its current roster can't make up the rest with sheer skill.

We saw plenty more of that tonight — Pitt down at the half, 30-29, while shooting 33 percent (11 for 33) from the field, including 10 percent (1 for 10) from three and 67 percent ( 6 for 9) from the charity stripe. Meanwhile, Northern Illinois' star senior, Eugene German, shredded them for 13 points on 5-for-9 shooting (3 for 6) from deep in that first frame, painting a bleak picture for the rest of the game.

"We just needed to lock back in, and thankfully it worked in our favor toward the end," Eric Hamilton said.

That quote sounds like a throwaway, something Hamilton tossed out for the cameras and microphones just so he could speedily snag the next sip of his smoothie on the podium, but it wasn't. At all.

Hamilton was dead on with that. Pitt just needed to "lock back in." To rebound. To make shots. To force bad shots.

And that all happened — and when it did, a 15-0 Pitt run followed. That run contained stuff like this:

That's Ryan Murphy connecting with Justin Champagnie for a ridiculous, mid-air-adjustment alley-oop to punctuate the victory at the end. Just moments before, Trey McGowens — who finished with a team-high 18 points on 4-for-8 shooting from deep — drilled it for three from the logo. Pitt ran away with this one, and that fact represents the crucial takeaway for Capel's young squad.

Earlier in the year, they lost to Nicholls State. They couldn't match West Virginia in the second half and dropped that one as a result, too. Louisville took over with 10 minutes to go and remained No. 1.

But in this one, Pitt found that second gear, pushed the accelerator to the floor and laughed as the trail of dust compounded in their wake. Bye, bye, Northern Illinois.

Progress once more. Capel's crew is climbing, and game by game, that elusive top rung becomes more tangible than the bottom.