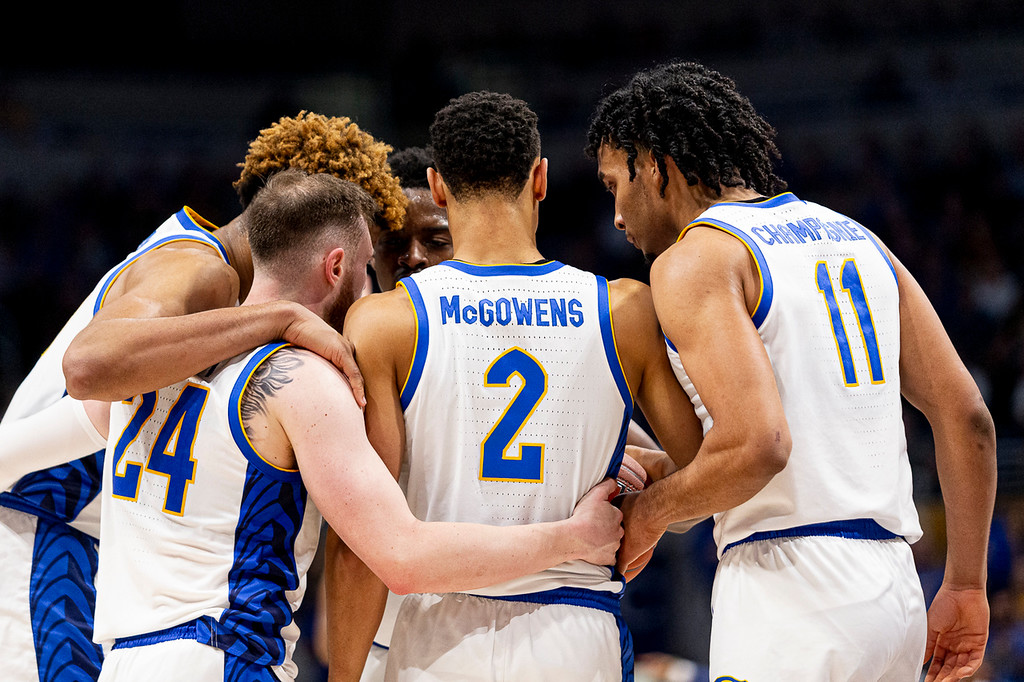 After storming back in the second half to defeat North Carolina, 73-65, on the road in Chapel Hill, N.C., the Panthers dropped games against Miami and Louisville, falling to 11-6 (2-4 ACC) in the process. But the season's far from over — and this team's ceiling is farther in the distance yet. There's work to be done now, and the first step in that begins Saturday when the Tar Heels visit Petersen Events Center for a crucial conference rematch.

"It's kind of the same game plan but just preparing for them to play differently with plays that worked and, like, expect[ing] more pressure on the guys who actually did well in the game," Champagnie was saying during a pregame press conference at the Pete. "Our game plan is basically to stay focused and stay poised."

Champagnie and McGowens were certainly among those guys who did well. At the Dean Smith Center, Champagnie drilled four second-half threes to fuel Pitt's comeback, scoring 22 total alongside eight boards. McGowens added 24 points of his own, including a pair of monstrous dunks that energized his squad.

"I hit four threes, so I'm just expecting them to close out," Champagnie said.

Full video: Champagnie discusses his 'clutch gene,' the sibling rivalry with his twin, Julian, and much more:

North Carolina received a similar effort from two of its players, with their bigs, Garrison Brooks and Armando Bacot combining for 36 points on 15 of 23 shooting (65 percent). Champagnie, who frequently matched up against both Brooks and Bacot in that first encounter, says he learned something that will help him the second time around.

And while the win against North Carolina is priority No. 1 for this Pitt team, those recent back-to-back losses can't be ignored. They halted some momentum gained in the standings, and they put this Panthers squad back on its heels after a promising stretch. It's been a trend with the team this season: They've come out flat after big wins and they've come out inspired after losses.

So how are they finding more consistency game to game as the season progresses?

"I feel like it can be good and bad, whether it's a win or a loss," McGowens was saying. "We just gotta leave it in the past and learn from it, take steps in the right direction."

That starts Saturday, when they'll receive a chance to get back on track and prove that first win over North Carolina was no fluke.