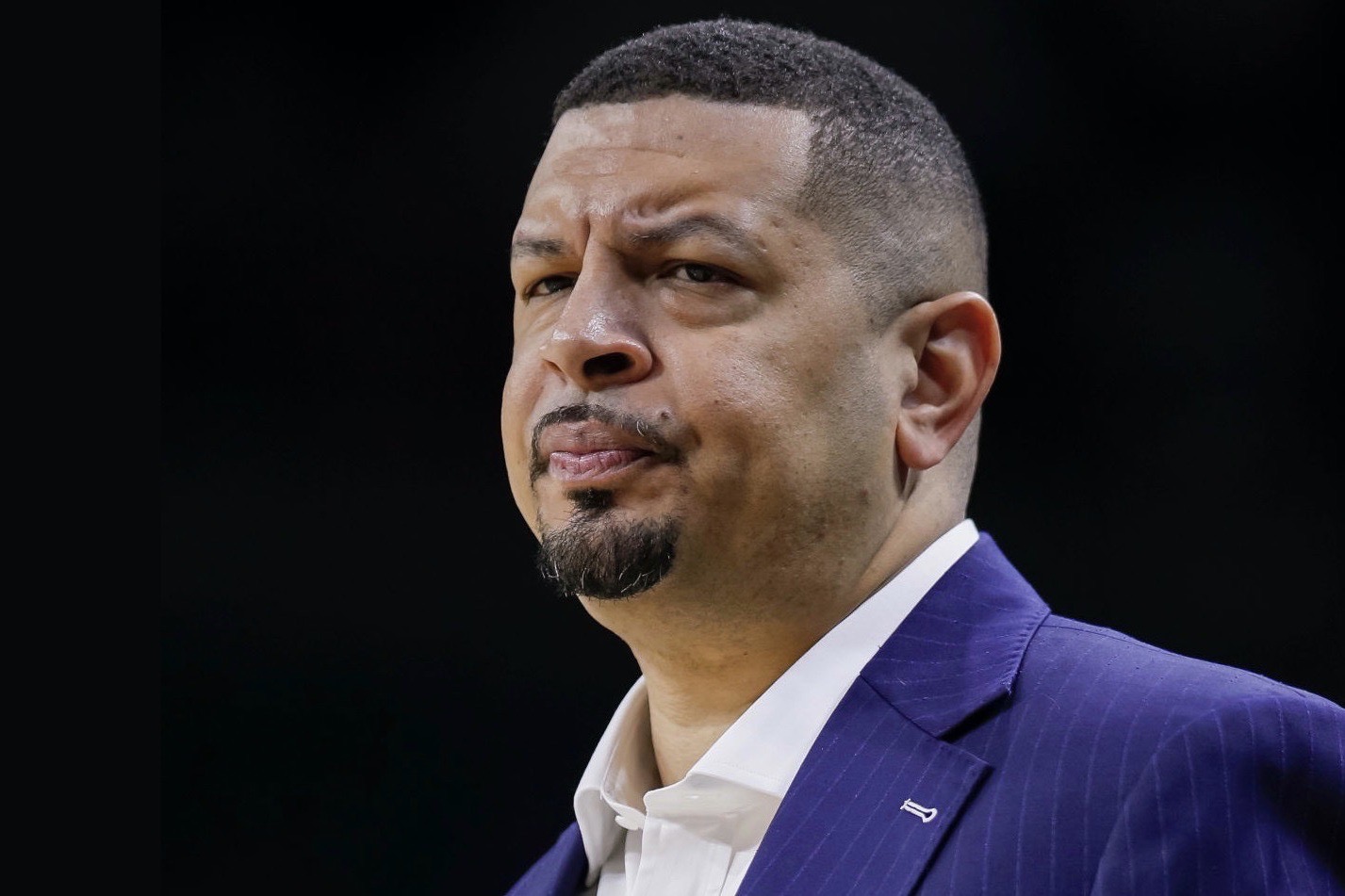 GREENSBORO, N.C. -- Jeff Capel laughed and looked to the side.

He knew my question didn't have an easy answer — not a satisfying one at least. And, yeah, at this point, Pitt sitting at 15-16, stuck in a seven-game losing streak and prepping to face 12-seed Wake Forest as the No. 13 seed in the ACC Tournament here in North Carolina, pretty much all that's left to do is laugh.

The question itself was simple: What is this team's identity?

Before the season began, Capel acknowledged they didn't have one, that they'd have to craft that and hone that throughout the year. Thirty-one roller-coaster games later, does he have a more concrete answer?

"I probably don’t," Capel was telling me outside Pitt's assigned locker room at the Greensboro Coliseum. "I think for the most part this season, when we were pretty good, I know it was defense. We defended and we played hard. That’s what we did."

Despite allowing 80 points to Notre Dame, 82 to Florida State and 77 to North Carolina State down that disastrous stretch, Pitt finished with the No. 4 scoring defense in the ACC, allowing 65.3 points per game. Virginia, predictably, ran away with the crown, conceding just 52.4 points per game, more than 10 points better than second-place Louisville's 63.7.

There was this, too: Pitt posted the second-best turnover margin in the conference (after leading in that statistic for much of the season), forcing 15.5 per game while coughing up 12.3 of their own. They trailed only No. 4 Florida State there.

So the team's identity should be clear, right?

That's what they do. They pester and swarm, making life miserable for any opponent who takes the court against them.

"We have been an incredibly, incredibly inconsistent — and for me, a lot of times, frustrating — team offensively," he added. "But we were able to hang in there and win some of those games because we were really, really good on the defensive side of the ball.  I thought as we hit that wall and got fatigued and got tired, I think the defense, you know, suffered some and the offense still was wildly frustrating and inconsistent. And so I’d say — I’d like to think defense has been our identity."

He pauses and chuckles again.

Yup. It's that "wall" he mentions. The wreckage is tough to identify after coming to a full, abrupt stop 22 games into the season. Because on Feb. 5, this Pitt team rolled into South Bend, Ind., at 14-8, five ACC wins in hand. The latter figure already smoked the 3-15 ACC record in Capel's first year. The 14 overall wins matched the figure from the first year.

It didn't seem hasty, then, to get excited. This was what Capel had talked about from Day 1: This sense of building, of growing, of developing year over year and stacking more talented, more qualified teams. Of returning to the glory days of Pitt Panthers basketball.

For a moment, it seemed that return was nearer than anyone realized. Capel, channeling some of that Duke University-alumni wizardry, had already turned it around in Year 2.

Only, he didn't. At all. That wall ahead rapidly came into view, and splat.

"It’s mental and physical," Capel was telling me of the wall. "It’s both ... I mean, I think our whole team kind of hit it at different times this year."

If it sounds familiar, that's because a nearly identical splat hit Capel's Panthers in Year 1. After a surprising start to the year, his team finished 1-13 before losing to Syracuse in the second round of the ACC Tournament.

Through it all, Capel finds hope in one key aspect: This team is young. It's Year 2, and his usual starting five consists of a junior in Terrell Brown, three sophomores in Trey McGowens, Xavier Johnson and Au'Diese Toney, and an outstanding freshman in Justin Champagnie. Early expectations aside, that's still a young, learning group.

Now, facing Wake Forest with a 4:30 p.m. tipoff Tuesday, Capel's Panthers have a real chance to define how this season will be viewed, both internally and externally. They're 13th in the conference in points per game (64.9). They're last in both field goal percentage (40.2) and three-point percentage (29.6).

Thing is, right now, none of that matters.

“It’s a fresh start," Toney was telling me inside the locker room. "I mean, I didn’t get a chance to play against them this season because I was hurt, so it’s just a new game to come into to start of the ACC Tournament right. It’s different because the record is zero-zero. So anything can happen. You can make anything happen and you can make a run, so that’s what we’re hoping to do.”

Toney knows what a run can do for this group. It's not just about this year. It's about what it means for the program, how it could represent another step of tangible, real growth. Because without it, yeah, this season's been better than last — but not by much.

That'd be a welcome sign for this Pitt team and an identity that's still very much a work in progress.