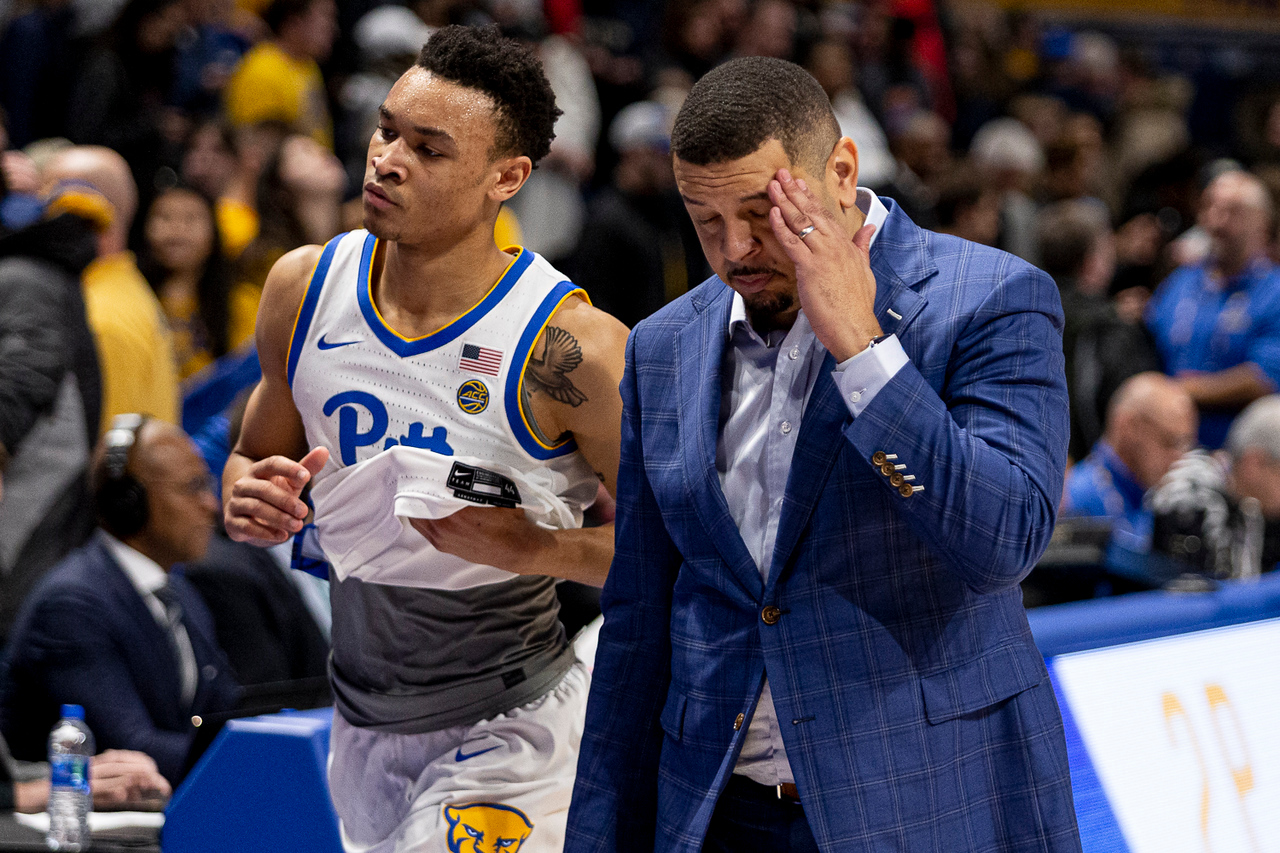 Funny how things can change in a year.

Heading into Pitt's 2019-20 season, Trey McGowens was seen as one half of the great Panthers reclamation project. He was Jeff Capel's first commitment and first top-100 recruit (83rd overall) and he, alongside Xavier Johnson, surprised the college basketball world as a freshman, putting up 11.6 points and nearly two steals per game.

McGowens peaked with two 30-point games (one of three Pitt players to ever do so in their first year — Johnson and Justin Champagnie (two) are the others) and set a program record with 33 in a January win over Louisville. This, in Capel's first year, set the stage for great things to come.

Only those things never arrived. And now they never will — not in Pittsburgh — as McGowens formally entered the NCAA transfer portal following the team's 16-17 season.

"It wasn't necessarily a surprise to me," Capel said of McGowens' transfer on 93.7 The Fan. "I had been feeling that way since before Christmas. There was a part of me that thought that he would leave at Christmas. And so we were anticipating — or at least I was anticipating — the possibility of this happening."

It's a surprising and straightforward admission from Capel, but rewind the footage, and the writing is plastered over every wall in sight.

Take this first: McGowens started 32 games this year for Pitt. He was never injured. The team played 33 games. That one non-start? Dec. 16 against Northern Illinois, right before Christmas.

I asked McGowens all about it after the game but at the time didn't sense anything beyond a reality check for his four-point, 25-percent-shooting dud on the road against Louisville one game earlier.

And maybe at the time, that's all it was. But with Capel saying he felt McGowens could leave at Christmas plus McGowens' dropoff at the end of the season — he failed to score 10 points in any of Pitt's seven straight losses to end the season, topping out at eight three times — it all seemed expected.

There was even this from McGowens after Pitt's loss down in Greensboro, N.C., to North Carolina State that officially sealed their season. The prompt was this: What changed between the team's win against Georgia Tech on Feb. 8 at home and their eventual losing streak to close the year?

Keep that in mind, and get ready to chew on Capel's postgame comments to the team.

"One of the things that I told them is that, look, it's been an interesting year from the standpoint of, at times this year there was a point that I thought we were a pretty good team," Capel was saying of his talk with the team after that North Carolina State defeat. "And then there was a point toward the end that we were really not a good team. And the reason was that we weren't together ... We need everyone to be all in to us.  And some of you can't do that. And that's OK. But it's not OK for me. If it's OK for you, you need to look at somewhere else."

All this context in mind, the only surprising outcome here would have been if McGowens stayed. His time totally and fully ran its course with this Pitt team.

Complicating the move just a touch, if you dig into the numbers, it doesn't look like McGowens performed that poorly in Year 2. He ended with 11.5 points, 3.6 assists and 3.3 rebounds per game, roughly equal to his freshman campaign which was, by all accounts, considered a success.

So from a pure box-score perspective, the only major dip came in shooting percentages, where his two-point percentage plummeted. This was a direct result of his style of play. McGowens is, primarily, a drive-and-score player. His jump shot is awkward from a mechanical standpoint and inconsistent to boot, but he is extremely athletic and long at 6-foot-4 with length from the point guard position.

Therein lies the main issue here. McGowens wants to be a point guard, and with Pitt's current roster, Johnson's a far better fit. Plus, three-star, rising prospect Femi Odukale has entered the chat, officially committing to Pitt for 2020-21 in mid-March. There's also Ithiel Horton — who has received nothing but praise from Capel and from his teammates alike — coming into the mix for next season.

"Trey McGowens wanted a chance to play the point guard position. Exclusively," Capel said. "And his family must have felt that wasn't going to happen at Pitt."

His family was right. McGowens turned the ball over 2.8 times per game and never showed a true feel for playing point guard in Capel's system.

Now, they'll turn to Johnson, Odukale and Horton at point while relying on proven vets such as Au'Diese Toney and Champagnie as they attempt to build on their 2019-20 results.

"With the guys you mentioned: Xavier, Au'Diese, with Justin, I think Ithiel Horton, you can add him into that mix, I think we have a good core group coming back and talented guys coming in," Capel said. "So we're excited about the possibility of who we can become."

That recipe just won't include McGowens, and in many ways, it's looking like a case of "addition by subtraction," impossible as that may have once seemed.