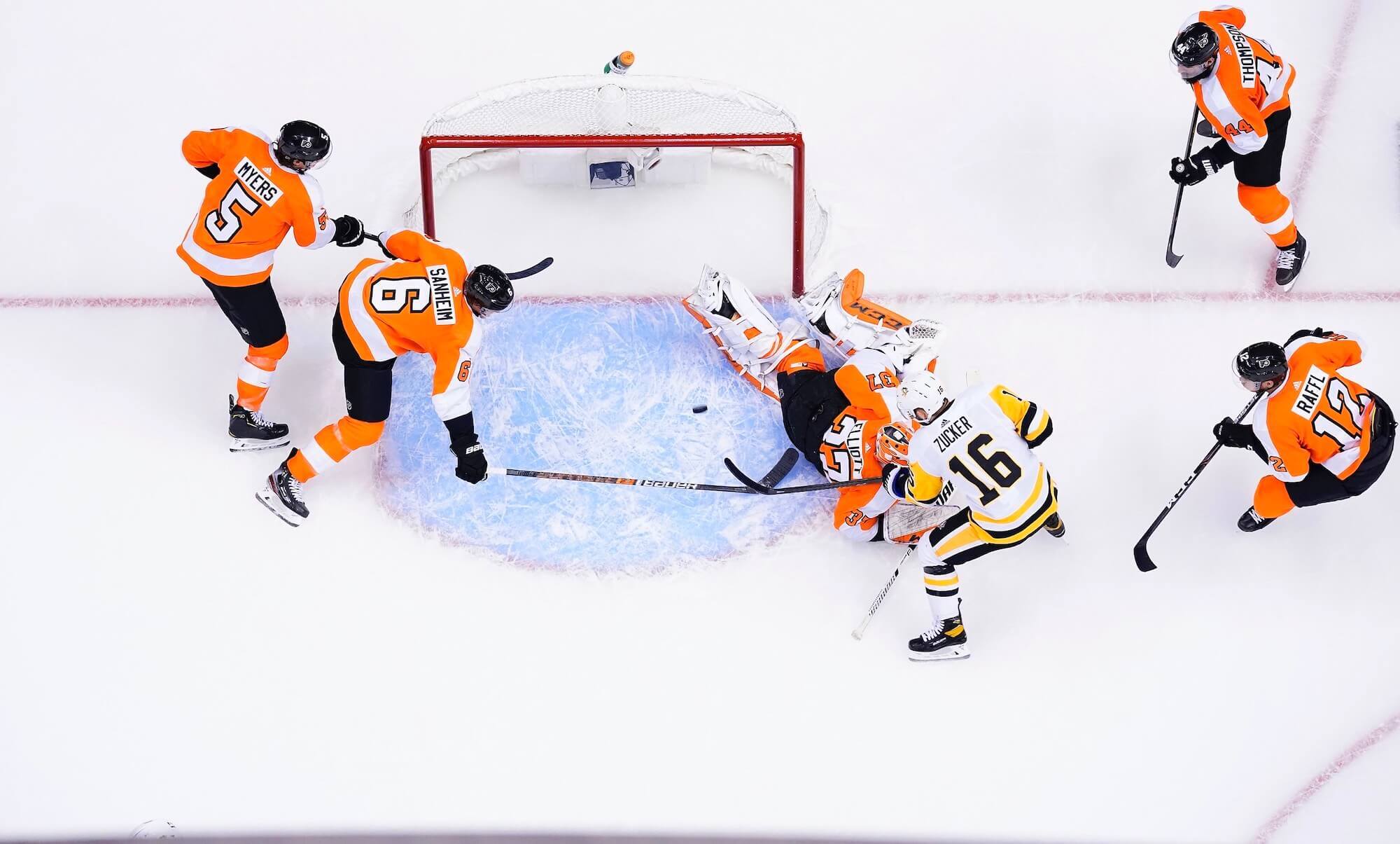 The Penguins' 3-2 overtime loss in an exhibition game against the Flyers on Tuesday in Toronto marked the NHL's return to action for the first time in 139 days.

There was a lot of good to be seen in the Penguins' play on Tuesday, but there were still some clear kinks that need to be worked out before the real games begin on Aug. 1, not the least of which is the power play, which Dave Molinari covered in his 10 Thoughts.

One of the biggest takeaways from Tuesday's game for the Penguins was that Sidney Crosby appears to be fine.

Earlier in the day Mike Sullivan said that they'd make a decision on whether Crosby would play closer to game time. Crosby missed the Penguins' final scrimmage of training camp on Saturday, but was a full participant in the first practice in the bubble on Monday.

Crosby was indeed in the lineup against the Flyers and didn't appear to be suffering any from whatever he was dealing with in camp.

“Physically, I felt good,” Crosby said after the game in a video press conference. “I felt strong. I guess anticipating and making plays and that kind of stuff, that’s just going to come with time. But for the most part, I felt really good.”

Crosby was back between Jake Guentzel and Conor Sheary, the line that opened the scoring five minutes into the game. Sheary went top shelf with Guentzel's feed after John Marino started the play with a breakout pass:

Guentzel didn't look like a guy who hasn't played in a real game since December.

"I thought he played extremely well," Sullivan said of Guentzel. "I think he's only going to get better as he gets more comfortable and his timing and all the subtleties that are so important to his game. With each game that he plays we think he'll improve and get better. He makes a terrific play on Sheary's goal. That just shows you what he's capable of."

The goaltenders split the game, and I thought both played well. Matt Murray played the first half of the game, and I wouldn't necessarily fault him for either of the two goals he allowed. Sean Couturier tied the game in the first period with a puck that deflected in off of Marcus Pettersson, after Pettersson already took a delayed penalty:

The Flyers took the lead in the final minute of the opening frame after Evgeni Malkin gave Kevin Hayes the perfect feed right in the slot in front of Murray:

"I thought it was a sloppy game, especially in the first couple of periods," Sullivan said after the loss. "I guess it's probably to be expected given the fact that these guys haven't played in quite a while. I thought the second half of the game, we improved, we started to execute."

Malkin's turnover was rough, but he had a good game overall. He had a backhand scoring chance in the third period that was stopped by Brian Elliott:

Late in the third period Jason Zucker scored the tying goal off of Malkin's rebound:

Tristan Jarry played the second half of the game, as planned, and entered the game right at the start of a Flyers power play. He made a couple of big saves, including one on Hayes in three-on-three overtime:

Scott Laughton then scored the overtime winner for the Flyers on a great shot:

The Penguins' qualifying round matchup with the Canadiens will have regular playoff overtime rules, not three-on-three, so there's not a whole lot to take away from the Penguins' overtime performance.

Everyone emerged unscathed injury-wise, and the only scare came when Brian Dumoulin blocked a shot with his foot in the first period and appeared to be in pain after. He didn't miss a shift after blocking the shot, and told reporters after the game that the shot was just a "stinger," and that it felt fine afterward.

• I thought that the broadcast experience with no fans in the building was pretty good. There was fake crowd noise added to the broadcast, and the fake fans didn't seem to be cheering for one team over the other, which was weird, but it was a lot less corny than I expected.

• Nick Bjugstad is out for the remainder of the season after undergoing surgery to repair a herniated disc in late May.

• Dominik Simon is sidelined until November after undergoing shoulder surgery on April 29.

• Zach Trotman is being held out this summer with what sounds like a lingering injury.

Game 1 is on Aug. 1. The full qualifying round schedule can be found here.