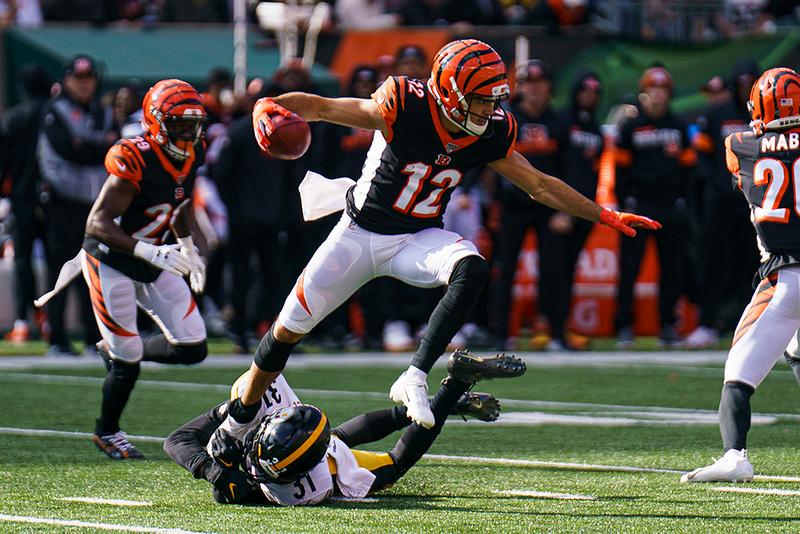 HAGERSTOWN, Md. -- The Steelers and Bengals have a sordid history, and rookie quarterback Joe Burrow will get indoctrinated into the rivalry when the two division rivals meet up for the first time in Week 10. The Bengals earned their top pick in the 2020 NFL Draft, and it is time to break down this AFC North showdown.

For the fans who think the Bengals will be a cake walk in 2020 because of their horrid 2019 season, you should expect a more competitive series than in the past. Then again, the Bengals played the Steelers tough in their second meeting last season. If it weren't for a timely Devin Bush forced fumble on Tyler Boyd, who knows the outcome of that contest.

With that said, we know how the Steelers' defense usually attacks young quarterbacks, which doesn't bode well for Mr. Burrow.

You can look back at the 2019 season and see what went wrong for the Bengals, but the team will have such a drastically different lineup compared to the abomination they put on the field a year ago. Burrow at quarterback, a healthy A.J. Green to add to an already deep receiving corps, and an improved secondary after making several free agent acquisitions.

Will Cincinnati go from 2-14 to 14-2? No. But they should be a lot more competitive than they were last year with Dalton and Ryan Finley under center.

After pumping up the Bengals in the overview section of this breakdown, it is time to face reality. If Ben Roethlisberger remains healthy, and the Steelers' defense continues to improve, I don't see the Bengals having much of a chance next season. At this point it isn't a matter of will the Steelers win both games, but will they cover the spread in both games?