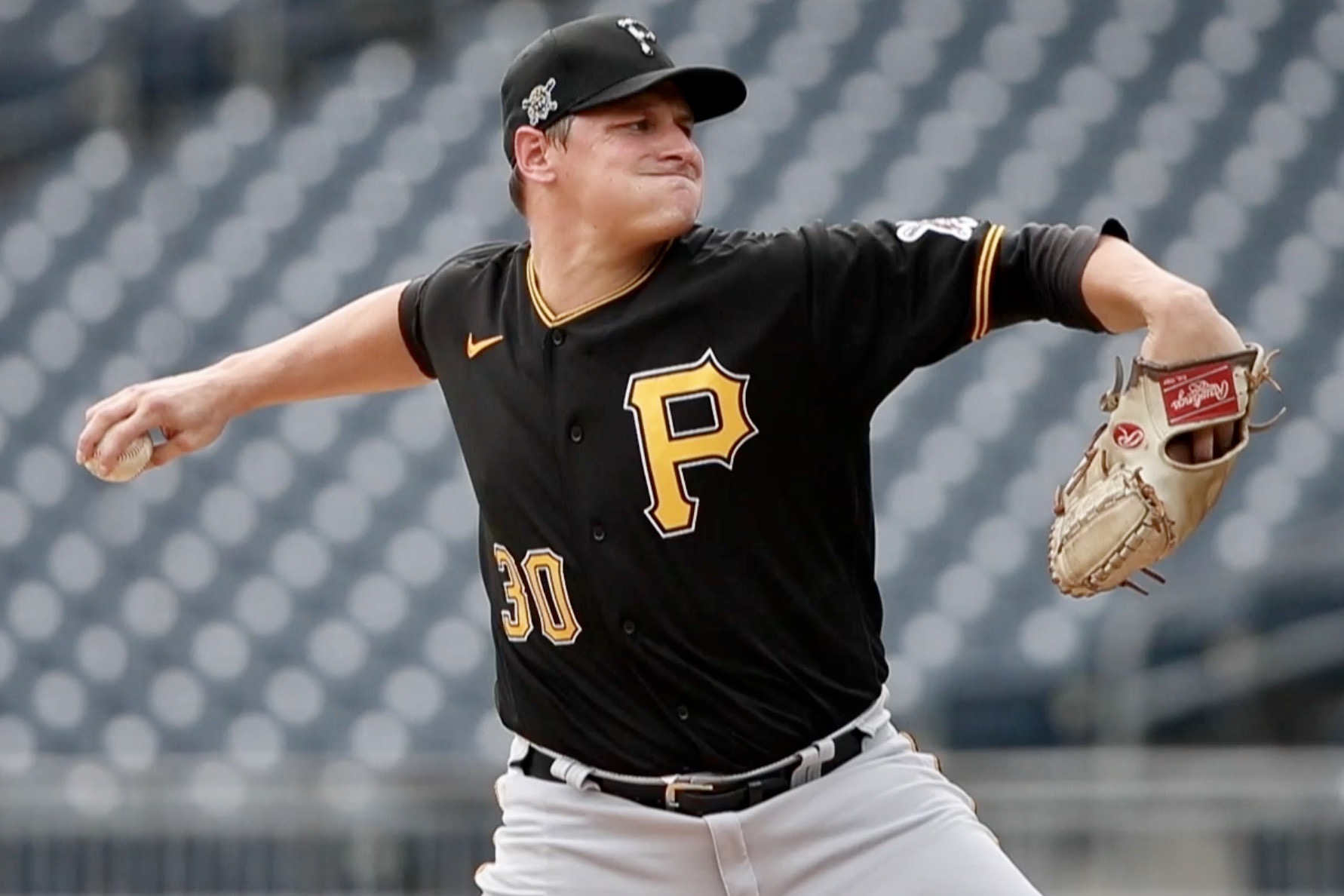 Well, the Pirates have at least one capable closer visibly set for St. Louis.

Sunday marked Day 10 of summer camp at PNC Park, and Kyle Crick climbed a mound for the first time, pitching in relief of Derek Holland in a simulated game. He faced three batters, walking Erik Gonzalez, giving up an RBI double to deep right-center by Adam Frazier, then striking out Josh Bell.

Which clearly didn't matter at all to Derek Shelton when compared to simply seeing Crick.

"It was good to see him back," Shelton said afterward, confirming that it was, in fact, Crick's first appearance in action. "For him to get some work off the mound -- and now, I think we've had everybody off the mound -- yeah, that's good."

Everybody who's been on the field, anyway.

Keone Kela's yet to make any appearance on the field, and he wasn't seen again Sunday. Shelton's offered no explanation for that to date, and one won't be forthcoming, either, given Major League Baseball's new coronavirus-time guidelines for reporting absences. Regardless, with every day that ticks away toward the Pirates' July 24 opener at Busch Stadium, the less likely it'll be, obviously, that Kela can step into a high-leverage role like defending a lead against the defending National League Central Division champions.

Which could be where Crick becomes critical.

Although Shelton was quick to shoot down any closer duel entering the original spring training in Bradenton, Fla., declaring Kela his closer at his first media availability, he also cited Crick as someone capable of filling the role if needed. Crick wound up with a 4.96 ERA in 2019, but it was 1.83 through June 2, after which -- as I've had multiple people confirm for me -- opponents picked up a tipping in his pitches that wasn't detected by the Pirates until far too late. And even then, it was by the team's video coordinator rather than a pitching coach, which is how it's supposed to work.

Crick's stuff is there, as is the makeup. And given that the only other conceivable choices to close would be Richard Rodriguez, who struggled early last season with what he himself called a lack of confidence, or Nick Burdi, who's throwing flames but has 13 big-league appearances to his name, it's safe to assume Crick would be next in line.

The next few days -- or even the next couple -- should be telling in this regard.

• Derek Holland was pitch-counted off the mound in the first inning of the Pirates' sim game Sunday -- the inning Crick completed -- giving up a solo home run to Bryan Reynolds over the Notch, a double by Colin Moran to deep right, and this cheesy two-run flare single to Guillermo Heredia ...

... before settling into a groove to complete his assigned three innings without further incident. In fact, his fastball began blowing through swings, including an uncharacteristically late one for strike three in Reynolds' next at-bat.

Every indication is that Holland's got a spot in the rotation.

Once it was done, Shelton found his own way to toss Brubaker, a 27-year-old righty still awaiting his big-league debut because of a strained forearm that cost him most of 2019, this after most of the public/media focus on the matter has been on Steven Brault and Chad Kuhl.

"You guys keep making assumptions about who's in that piggyback role," Shelton playfully chided the reporters on the Zoom call. "He threw very well again today."

There's a catch where Brubaker's concerned, though: He's going to be stretched out to a starter's count, as Shelton affirmed, and that might require him going to the satellite camp in Altoona rather than sticking on the opening 30-man roster.

• Shelton spoke of making an effort to contact his Pittsburgh counterparts, having done so a couple weeks ago in visiting Mike Tomlin and Kevin Colbert at the Steelers' offices. Ben Cherington accompanied him there, as well.

Meeting Tomlin seemed to genuinely move Shelton: "I talked with him about the city, about the fans, about Pittsburgh. And it's such a cool building. You walk around one corner, and those Super Bowl trophies are right there. Awesome place to be."

Shelton added, "I look forward to connecting with Mike Sullivan, too, but I know he's about to get busy," referring to the Penguins opening training camp Monday.

• Jarrod Dyson was given the day off. "We had a night game last night," Shelton explained before adding with trademark candor, "I mean, he's, like, 36 years old."

• Pirates, Indians to play exhibitions
• How Marin's 'maximizing' pitching
• Does anyone really want to DH?
• Shelton: Reynolds will get respect
• Kovacevic: Still waiting on Polanco