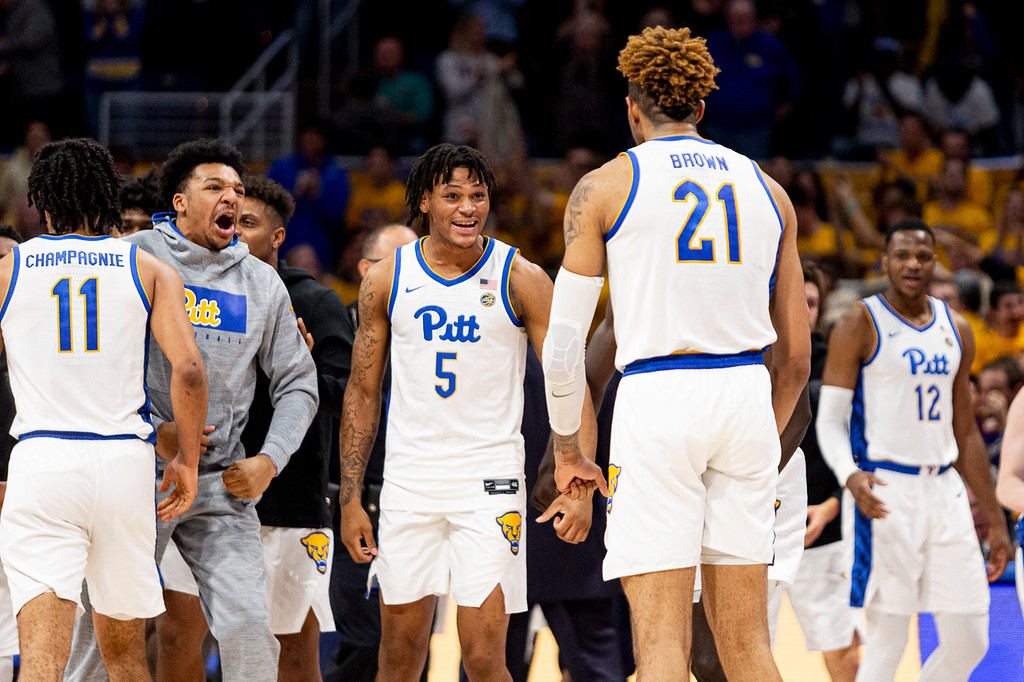 Au'Diese Toney will return to Pitt for his junior season — and that should prompt a heavy sigh of relief from fans of the program.

After Pitt ended the regular season on a seven-game skid then won just once in the ACC Tournament in Greensboro, N.C., finishing 1-8 in their last nine overall, speculation ran wild. Seemingly every player was potentially headed to the transfer portal. Maybe Justin Champagnie would even declare for the NBA after a stellar freshman campaign.

There was movement, indeed: Trey McGowens entered the transfer portal and will finish his collegiate career elsewhere. Ditto Ryan Murphy.

But Xavier Johnson, Champagnie and now Toney announced they'd stick around for at least one more year, giving some clarity to the roster for 2020-21:

This decision from Toney gives Pitt experience, depth and offensive upside. In 2019-20, Toney averaged 9.5 points, 4.8 rebounds, 1.2 assists and 1.2 steals, putting up a career-high 27 against Duke and nearing that figure again later in the season with 24 against North Carolina State in Raleigh, N.C.

Most importantly with Toney, though, he did all this while routinely locking down the opposition's best player, from Syracuse's Elijah Hughes to Louisville's Jordan Nwora and seemingly everyone in between. He's an all-energy, all-effort, all-hustle kinda player ... and he'll occasionally sprinkle in a little something like this too:

With Toney in the fold and the transfer of McGowens, Murphy and, most recently, Samson George (who was expected to graduate regardless but will now become a graduate transfer elsewhere), Pitt's current roster for next season is as follows:

With two open scholarships, the team could still add to this, too, potentially via transfer or potentially in the form of four-star prospect William Jeffress out of McDowell High School in Erie, Pa. Capel and company have recruited Jeffress hard, making him an official offer, and he is currently deliberating among Pitt, Baylor, Penn State, Maryland and Notre Dame, among others.

With that will come some minor subtractions as well to role players/practice-team type guys, but with what's known for sure, it looks like next's year's starting five shakes out as:

While Horton will receive his first official taste of ACC play after transferring from the University of Delaware and sitting out the required season, reviews have been nothing but glowing from Capel and from Horton's teammates.

“I tell our guys that if you can guard him [Horton] in practice, I haven’t seen a better guy in this league that they will have to guard,” Capel was saying of Horton in late February. 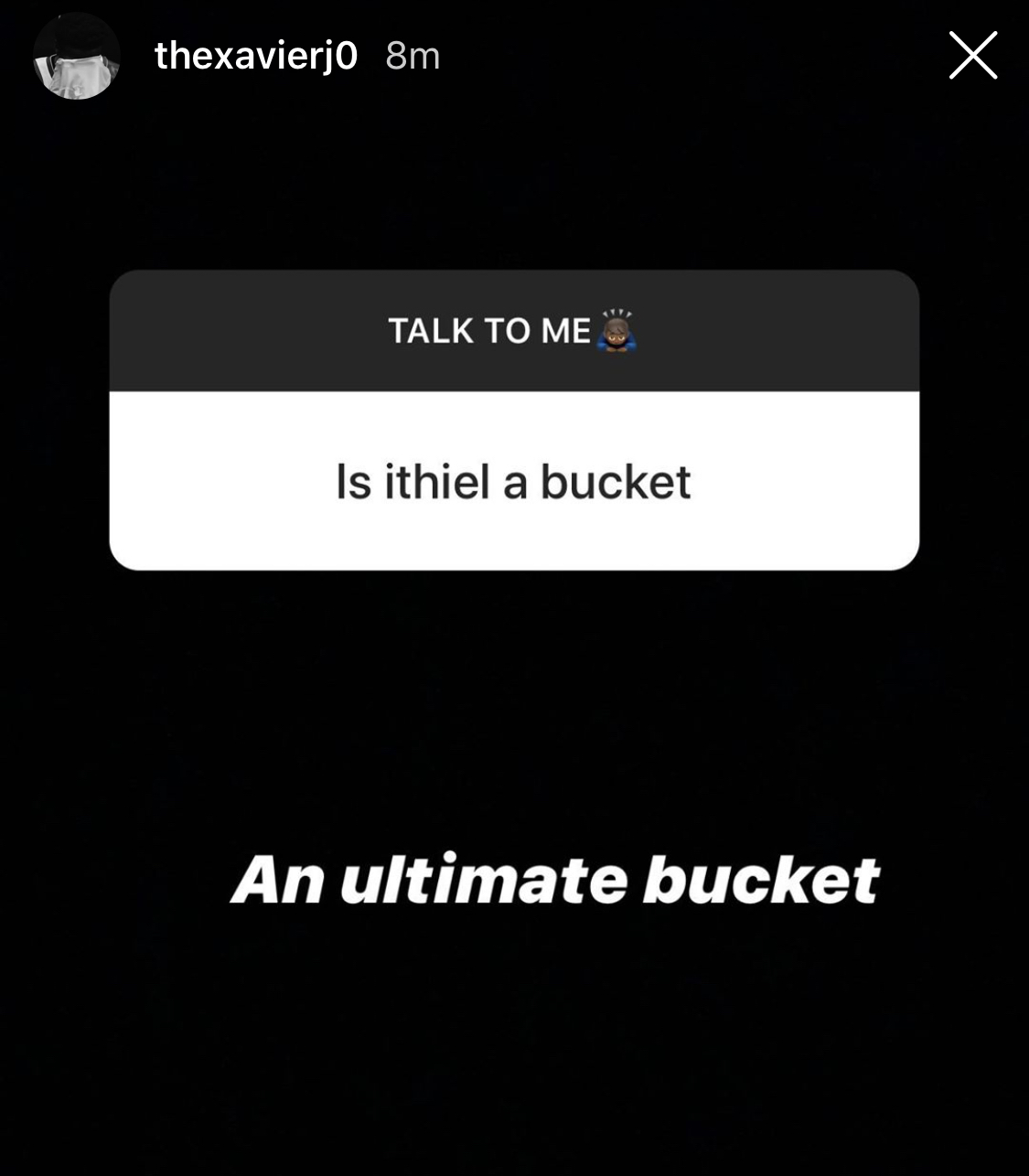 Provided Horton delivers or even approaches that hype, he has to be included in the starting five. Johnson, Toney and Champagnie are virtual locks as well, leaving only a battle at the five.

It's not a given Brown returns for his senior season just yet, but even if he does, I see Hugley taking over that spot by midseason at the latest. Capel's shown a short leash with Brown, benching him for 73 out of 80 possible minutes in the ACC Tournament to close the season.

But Brown does have the experience and the familiarity with the system, so it wouldn't shock me to see him hold down that spot while Hugley acclimates to ACC play and to the speed and physicality of the college game in general.

But at 6-foot-10, 240 pounds and coming off a senior year that saw him average 24 points, 13.3 rebounds and 4.6 assists per game at Ohio's Brush High School while earning first-team All-Ohio honors from Ohio Prep Sports Writers Association, Hugley brings mega hype and potential to the floor. His body and athleticism alone should shorten that learning curve, allowing him to contribute sooner than later ... if not immediately.

Pitt's rotation of Eric Hamilton, Brown and Coulibaly in 2019-20 averaged 13.1 points, 9.6 rebounds, and 2.2 blocks per game — combined. Hugley probably won't touch that combined blocks metric, but he absolutely has the upside to duplicate those stats on his own. He can be a difference maker, and I can't see him being buried on the bench.

This allows players like Coulibaly, Drumgoole, Odukale, Collier and Amadasun to contribute off the bench, giving Pitt more versatility and more options for 2020-21.

After their loss to Florida State in mid-February, Capel said the following in his post-game press conference:

“We need time,” Capel said, referring to the team's lack of depth. “I’ve been here for a little bit over a year. We need time to recruit, and then we have to win some recruiting battles. It’s going to happen, but it’s not going to happen right away. Maybe because of the start we got off to, people thought this is going to happen, like, quick.”

With Toney's return, Capel's vision becomes that much closer to reality.